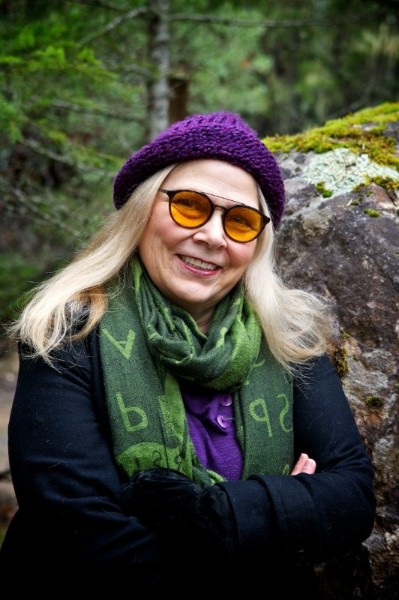 MENDOCINO Co., 1/12/18 — The 2018 election season is off to an early and busy start in Mendocino County, with several candidates throwing their hats into the ring in both the Fifth District and the Third District supervisorial races. We’ll be interviewing the candidates and reporting on the races in the coming weeks, however, to be fair we’re also publishing each of the candidates’ announcement press releases as they send them to us.

As part of our effort to be transparent with our readers we prefer to honestly acknowledge when we are republishing a press release, by simply placing it in quotes, and publishing it whole — instead of rewriting it and passing it off as original reporting.

Also, in the interest of transparency, we looked it up, and the preferred term is “supervisorial,” not “supervisory” — we weren’t quite sure either.

Cyndee Logan, a resident of Willits, is running for the Third District seat, currently occupied by Supervisor Georgeanne Croskey. Here is the release she sent us:

District 3 invited to stand with Cyndee

Cyndee Logan, a long-time community activist and Willits resident, announced Thursday that she is running for District Three Supervisor of Mendocino County.

While her goal is to acquire the vacant seat in 2019, Logan’s campaign is an invitation for citizens in Willits, Laytonville and Covelo to stand with her and bring about a community where everyone’s voice is heard.

“I see the need to bring our community together as we look toward the future. We are going to have to work together more than ever; the good part of this is that we have so many amazing, creative, and passionate people to work with,” Logan, 59, said. “District Three needs to step up their representation; we need to pull our people together so we can be heard. Once we have our voice, we can bring this forward to the County level.”

Once elected, she plans to organize a summit that would bring community members from all facets of life to the table — from different industries and groups. Entitled “Vision 2020,” the objective is to identify common goals for the County which could be later developed into policy.

It would be the first such summit that would include the new legal cannabis industry as they coordinate alongside existing businesses to identify and work together on potential solutions for the myriad of issues facing our region.

“We are at a really critical time,” she said. “We need to rethink what we do because if we keep doing what we’ve always done we will keep getting the same results. Our small businesses have been hit hard by the Willits Bypass, economic downturns, and declining jobs. The County needs to look for new opportunities.”

Logan, who is currently the Housing Director for the Cahto Tribe in Laytonville, will focus on issues that make sense for the people of Mendocino County and their desires such as : reinvigorating the county’s housing, Mendocino’s environmental treasures, economic development, and public health and wellbeing.

Ultimately, it’s all about a better Mendocino County for everyone — from the young people to the lifetime residents.

“I want to build a community where we can all stand together. Not only for today but for tomorrow. Stand with me for District Three.”