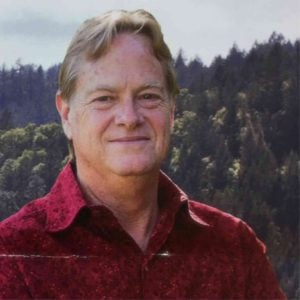 WILLITS, 1/3/17 — Third District Supervisor Tom Woodhouse, who has been absent from the board of supervisors since early Sept. due to mental health issues, has resigned. In a letter sent to the board this morning the supervisor explained that while his condition was improving, he was still not well enough to discharge his duties. The letter was forwarded to the board by Woodhouse’s lawyer, Chris Neary. The text of the letter was provided to The Mendocino Voice by a source close to county government.

Reached by phone Woodhouse stated that currently he had “no further comment.”

Former Willits mayor Holly Madrigal has expressed interest in the position, and Willits Unified School District Board Trustee Dr. Georgeanne Croskey has confirmed that she will also seek the office. The same source close to county government said that the process of replacing a supervisors can take as much as six months, based on observing the process in other counties, while Neary said he believes it will take two to three months.

People wishing to apply for the seat can via the governor’s Appointments Application webpage. The position is not currently listed on the site, but presumably will be in the next couple days, after the county government has formally reported the vacancy to the state. The appointee would be vetted by the governor’s office, and likely be interviewed personally by the governor.

In a brief interview Neary stated that no claims for continuing health coverage or other benefits have been filed by Woodhouse or on his behalf. He added “No decisions have been made about filing any claims, but it would probably be months before that decision was made.” He also stated there has been no discussion with the Mendocino County Sheriff’s Office about filing charges related to the October incident in which Woodhouse was tased and then taken into custody for misdemeanor domestic battery and resisting arrest, at his home in Willits.

Mendocino County Human Resources Department Director Heidi Dunham stated in an email that, “There is not a severance package, and I am not aware of any claims having been filed.”

Neary said that Woodhouse has been improving, and noted the temporary conservatorship he had been under was lifted by a judge in late December. Neary elaborated, “If you met with him and talked with him he would seem perfectly back to normal, but he’s been through quite an ordeal, and it take a while to fully recover.”

Following state law Governor Jerry Brown’s office will make an appointment to fill the vacancy. According to Neary candidates must fill out an online application and go through an interview and background check process. Once county officials notify the governor’s office the online application process procedure will be announced. County CEO Carmel Angelo is scheduled to make a conference call with Sacramento this afternoon. Neary said he anticipated the selection process will take 60 to 90 days.

Former Willits mayor Holly Madrigal has expressed interest in filling the seat. Madrigal ran against Woodhouse in 2014. She did not seek reelection to the Willits City Council in the most recent election. Madrigal also manages the Willits Center for the Arts.

Dr. Georgeanne Croskey, currently a trustee of Willits school board, is expected to file as a prospective replacement. Croskey is currently a mobile veterinarian, and a veteran of the Air Force, she was also the Willits Frontier Days sweetheart in 1996.

Reached on the phone Holly Madrigal shared some of her thoughts about pursuing the position of supervisor and some of her opinions on matters facing the county. She described cannabis and dealing with changing economic conditions due to the recent completion of the Willits Bypass as the primary issues facing the Third District. She specifically cited the imminent arrival of the Donald Trump administration as something to keep in mind.

“It is a critical time for the Third District and it’s vitally important that we have representation right now specifically on the cannabis issue, and really completing the timeline that the supervisors have started.” Continuing, “We need to continue to make progress cannabis policy and we cannot wait for the new federal administration to settle out.” She elaborated that she feels Mendocino is already behind on the cannabis issue and that what people on all sides of the issue is “a plan.”

She added that, “I don’t want to be hasty but I know that the supervisors have done a lot of work already on policy and I just think that we need to see that through, we do not need to start from square one.”

On the question of the bypass she said that she believes that insufficient signage is hurting businesses not only in Willits but on the coast, due to people missing the exit to the westbound 20. She noted that business owners in Willits have said that their sales are down 30%, and that Laytonville is being “inundated” by people missing Willits and stopping there.

Reached for comment, Croskey confirmed that she will be applying, but was not available to provide further comment.

Neary indicated that he believes that former third district supervisor Hal Wagenet will be supporting Croskey’s application. Croskey’s term on the school board ends December, 2017.

We will continue to update with more information from county government, and with reactions from people involved. See our previous coverage of Woodhouse’s absence here.

Although I have made significant progress in recovering from my recent health issues, I have not fully recovered and the my current health concerns prevent me from fully representing the interests of the Third District. Therefore, I hereby tender my resignation as a member of the Mendocino County Board of Supervisors pursuant to California Government Code S1750(d). This resignation is effective immediately.