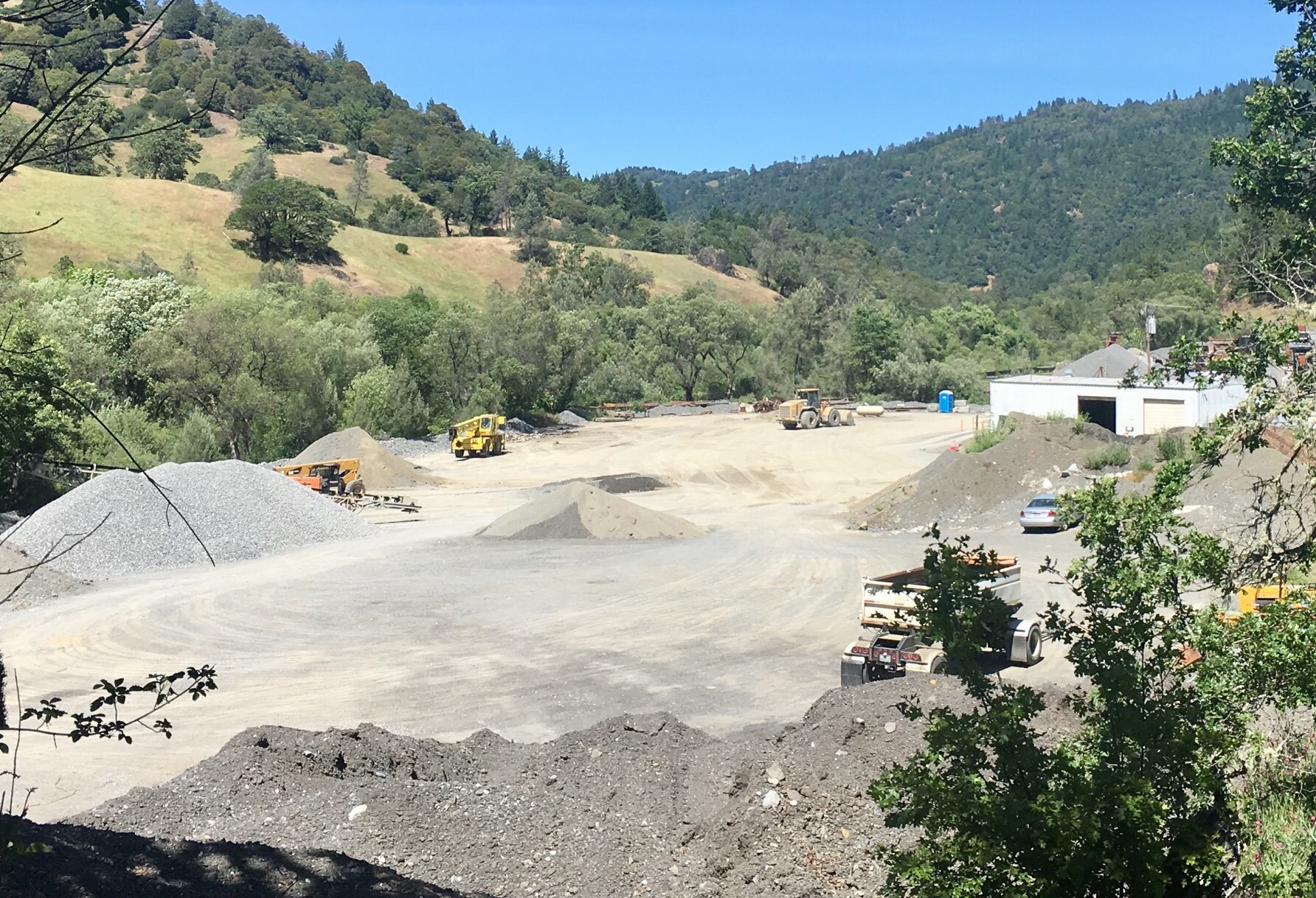 MENDOCINO CO., 5/18/17 — The Grist Creek asphalt plant located on Highway 162 has been dismantled over the last week, though multiple lawsuits concerning the plant’s operations continue to make their way through the court system. Ongoing lawsuits centered on the plant include those filed by a local environmental group, Friends of Outlet Creek, alleging environmental damages caused by the site’s location and operations, a lawsuit filed by the Mendocino Air Quality Management District concerning public health violations and fines that have yet to be settled, and a claim filed by plant owner Brian Hurt against Mendocino County alleging damages caused by county employees.

Neighbors reported, during the past week, that the plant had been dismantled. Today, May 18, a reporter for The Voice visited the site and confirmed that the asphalt equipment has indeed come down.

The asphalt plant, which occupied the same location as the Grist Creek Aggregates gravel facility, was in intermittent operation from September, 2015 until April, 2016, although plant operations were not continuous due to public health violations, ongoing legal actions, and closure due to unfavorable weather conditions.

During this time investigations by both the California Air Resources Board and the Mendocino County Air Quality Management District found the plant to be in violation of multiple public safety and operating requirements, and plant owners were fined more than $175,000. These violations have yet to be settled by the plant’s permitted owner, Brian Hurt, or its co-owners, the Eureka-based company Mercer-Fraser, which was not listed on the original permit applications.

The plant has not been in operation since a seven day trial operation period in April, 2016 and multiple lawsuits are ongoing. Although the plant has not been operating, neighbors concerned about its environmental impacts raised the alarm during heavy storms this winter over fears that flooding at the plant was causing toxic run-off to enter Outlet Creek, which runs next to the plant’s facilities. North Coast Regional Water Quality Control Board inspectors, who are responsible for ensuring the plant is in compliance with water quality requirements, visited in between storms but did not find evidence of contamination in the creek.

According to Friends of Outlet Creek’s Lyn Talkovsky, the California appellate court has ruled that the environmental group’s lawsuit concerning the plant’s potential violations of the California Environmental Quality Act must be heard by Mendocino County. In addition, the Mendo Air Quality Management District continues to pursue litigation against the plant owners due to the notices of violation and resultant fines incurred while the plant was in operation; the plant owners rejected the Air District’s final offer to settle in December, 2016.

More recently, plant co-owner Brian Hurt has filed a claim for more than $10,000 in damages against the county’s Air District employees Robert Scaglione (Air District Executive Officer until December 31, 2016) and Donna Roberts-Nash (Air District employee) for interfering with his rights by “threat, intimidation, or coercion” as owner of the Grist Creek asphalt plant. The county rejected the claim in closed session and it may now go to civil court. You can read the claim here.