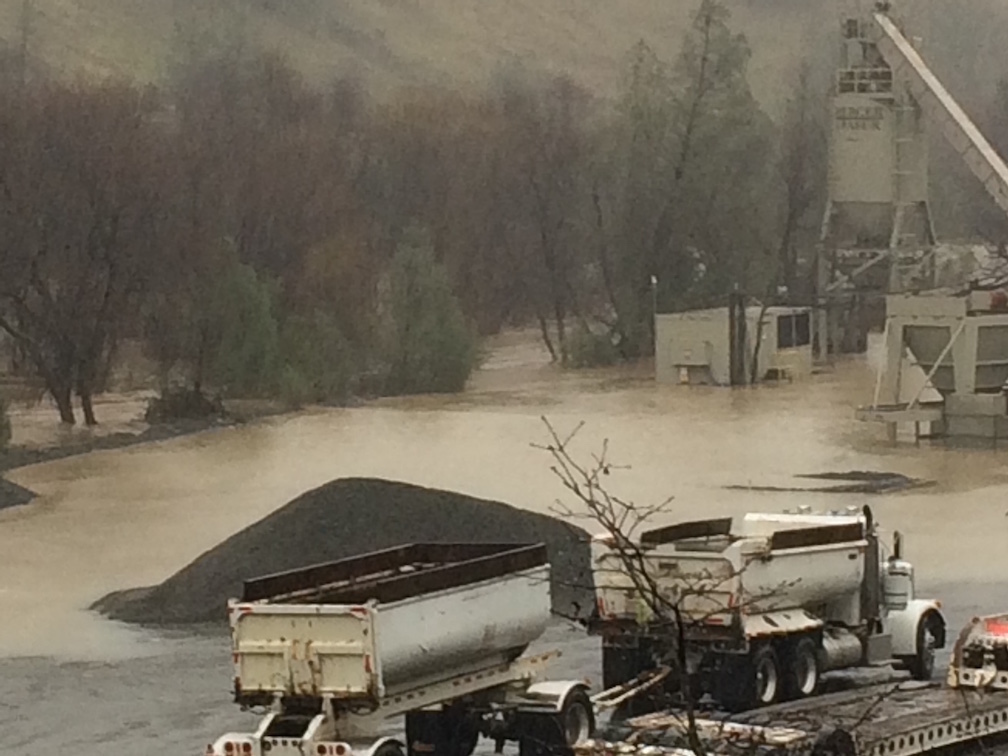 MENDOCINO Co., 1/21/17 — The controversy over the Grist Creek asphalt plant continues, with neighbors claiming once again to have documented flooding on the site and possible contamination of adjacent Outlet Creek during the January 10 rainstorm. Only four days after an inspection by the North Coast Regional Water Quality Board, the significant rainfall apparently resulted in high waters breaching the protective berms installed between the plant and the creek, as seen in photos taken by plant neighbors. Asked for comment, inspector Paul Kieran referred questions to his supervisor, Mona Dougherty who in turn responded she didn’t have time to comment except to say the agency had not observed the berm breach. At this time it is unclear if the water board has been pursuing any reports of flooding at the plant.

The plant is not currently in operation but equipment and materials remain on site. Photos taken in early December, 2016 and on January 10, the last heavy rains, show what appears to be a breach in the berm separating the plant from the adjacent Outlet Creek, a tributary of the Eel Rver. If accurate this would be the second time in about a month missing word run-off from the plant flooded the Eel, potentially contaminating the water and harming plant and wildlife. 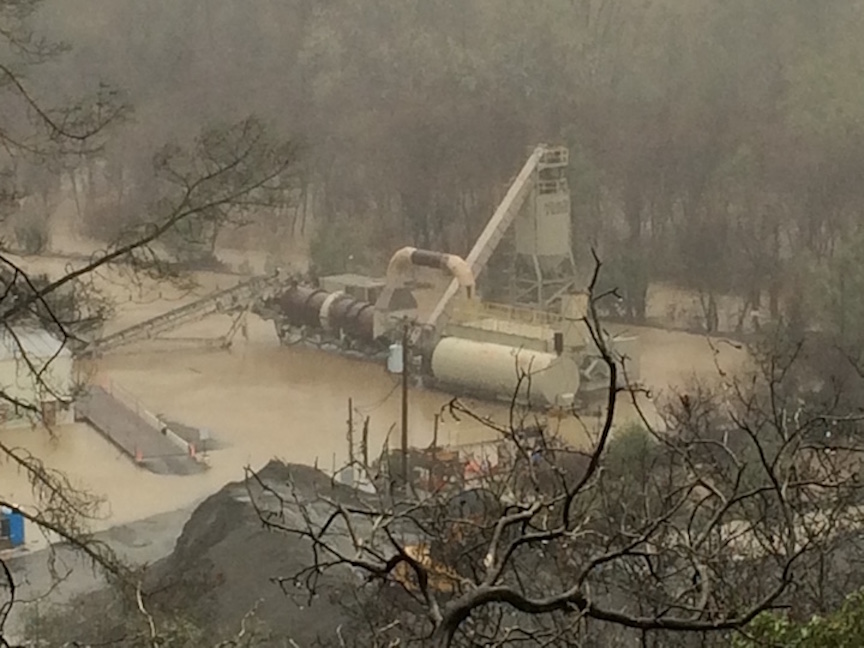 (click on the photos to see the larger images)

The plant is subject to permitting approval from the North Coast Regional Water Quality Control Board, which required improvements to the site prior to issuing a permit for the plant in 2015. Paul Keiran, waterboard inspector, did not visit the site in December but conducted an inspection of the plant on January 6 in anticipation of the upcoming storms. He deferred all questions to his supervisor Doughterty, including deferring to her to provide his inspection report. Keiran’s report states:

All equipment not in use park on southwest section of facility which has been raised above the 100 year flood line. Berm along boundary with Outlet Creek has been raised and improved in numerous areas. Bypass pipe from Caltrans drainage ditch on Hwy 162 has been repaired, allowing for relatively clean runoff to be directly discharged to the creek. Housekeeping has been greatly improved, with much of the metal and other assorted pieces of equipment picked up and removed. Site at time of inspection appeared ready for the imminent rainfall that is forecast.

Neighbors of the plant and Friends of Outlet Creek have provided photos from January 10 in which the berms appear to be breached. One neighbor who posted photos on the day of the storm later wrote on Facebook that it appeared someone had been to the site and “cleaned up” after the rains decreased. When asked for comment, Mona Dougherty, P.E. Senior Water Resource Control Engineer wrote in an email “We have not observed the berm breach that you are referencing.”

Friends of Outlet Creek are currently appealing dismissals of cases calling for an environmental review of the plant against Mendocino Board of Supervisors and the Mendo Air District by the superior court and they are being reviewed by the state appellate court, according to FOC’s Lyn Talkovsky. The group also has “a federal clean water act case against Grist Creek,” she said.

The county air board recently requested state assistance in bringing the plant into compliance over environmental and public health violations from fall 2015 – read more here.