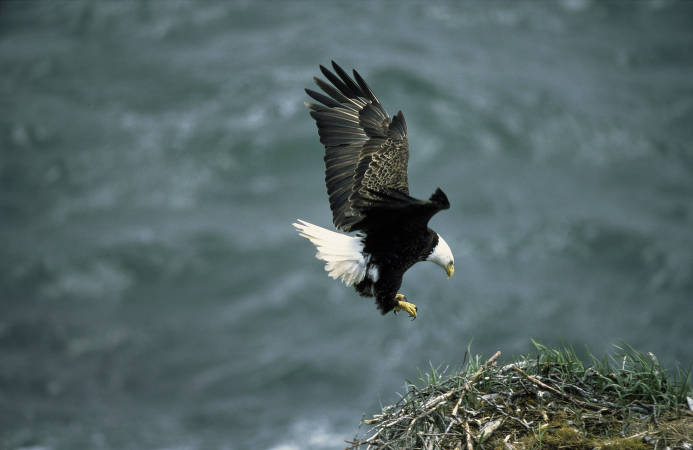 POTTER VALLEY, CA, 1/18/23 — Removal of the Potter Valley pine tree that holds a nest for bald eagles has been put on hold until August, which will mark the end of the eagles’ nesting season.

The tree was scheduled to be removed last week, but after protests by indigenous and environmental activists who blocked PG&E workers’ access to the tree and a call for government-to-government consultation from the Coyote Valley Band of Pomo Indians, PG&E agreed to pause at least until Jan. 17 for negotiations. Now, the U.S. Fish and Wildlife Service (FWS) permit has been put on hold for the remainder of the nesting season.

“I’m glad the eagle protectors kept the chainsaws away long enough for the eagles to return to their nest,” said Michael Hunter, chairman of the Coyote Valley Band of Pomo Indians. “They’ve given us enough time to find a solution to this problem that works for everyone.”

According to a news release, the tribe has requested to work with FWS to find a solution, but such talks have not yet started.

PG&E confirmed the changed plans in a statement to The Mendocino Voice.

“After being notified this past week that eagles are in the vicinity of the Potter Valley tree, PG&E is pausing on vegetation management that would impact their nest,” spokesperson Megan McFarland wrote in an email. “We will work closely with the U.S. Fish and Wildlife Service on a resolution once the eagles are no longer in the area or have determined not to nest at this location.”

According to Heather Beeler, eagle permitting coordinator for FWS, bald eagles are social animals that are not in danger of habitat loss in California.

In early January she said, of issuing the permit, “I want to acknowledge that this pair of bald eagles is clearly very special to this community. … But biologically, with the removal of this nest and this pair shifting to a different location — even if it’s the alternate nest that’s 0.8 miles away — the pair is going to be fine.”