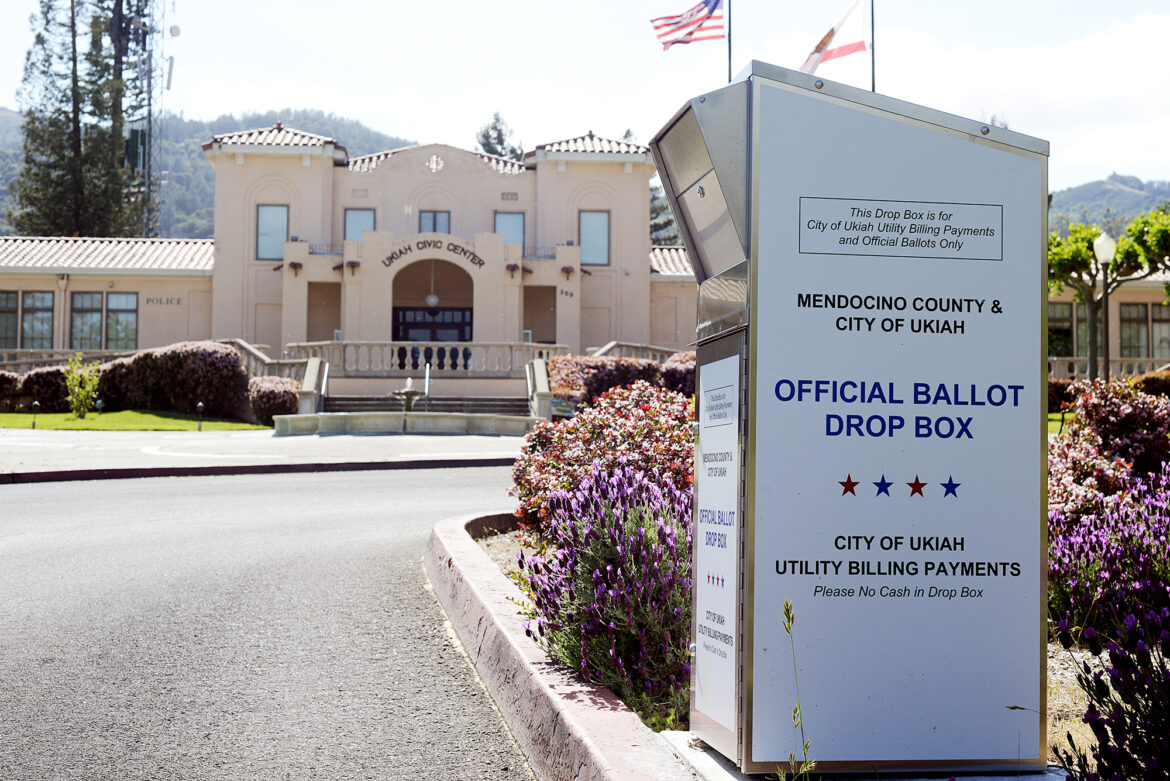 MENDOCINO Co., 9/22/22 — With just under 50 days until the midterm election, these are the important dates for voting and candidate forums in Mendocino County’s 2022 election. Included is information on local and statewide measures on the November ballot.

Sample ballots will be sent out to all registered voters beginning Sept. 29. The sample ballot will include statements from candidates, descriptions of ballot measures, and instructions on how to return your ballot at official dropboxes. The county election office will begin mailing actual ballots to registered voters on Oct. 10. Eligible voters have until Oct. 24 to register to vote if they wish to vote in the Nov. 8 general election, according to the California Secretary of State’s office.

Each registered voter will receive a ballot in the mail that they can choose to return by mail or drop at a ballot box on the day of the election. Mailed ballots must be postmarked on or before Election Day and received by Nov. 15 to be counted.

City council seats are up for election in the four incorporated cities in Mendocino County. On Sept. 26, voters will have the opportunity to hear from the five candidates running for three Ukiah City Council seats in a forum hosted by the Mendocino Women’s Political Coalition. The forum will be livestreamed at 6 p.m. on The Mendocino Voice’s Youtube page.

Eleven people filed to run for the four seats up for grabs in the Fort Bragg City Council election, one two-year seat and three four-year seats. Only two people filed in Point Arena for two seats, both of them incumbents. Those two will likely appoint the third seat after being sworn in in December.

Again, only two filed for the two seats for the Willits City Council, both incumbents. That uncontested election will not be on the ballot.

Follow this link for a full list of people running for city council and special district seats throughout the county.

Two county-wide sales tax measures will appear on the November ballot: a quarter-cent special tax that will fund county libraries and a quarter-cent general tax that is intended for fire protection and prevention efforts. Both are expected to raise about $4 million each per year. The library sales tax will be listed as Measure O on the ballot and the fire sales tax will be listed as Measure P.