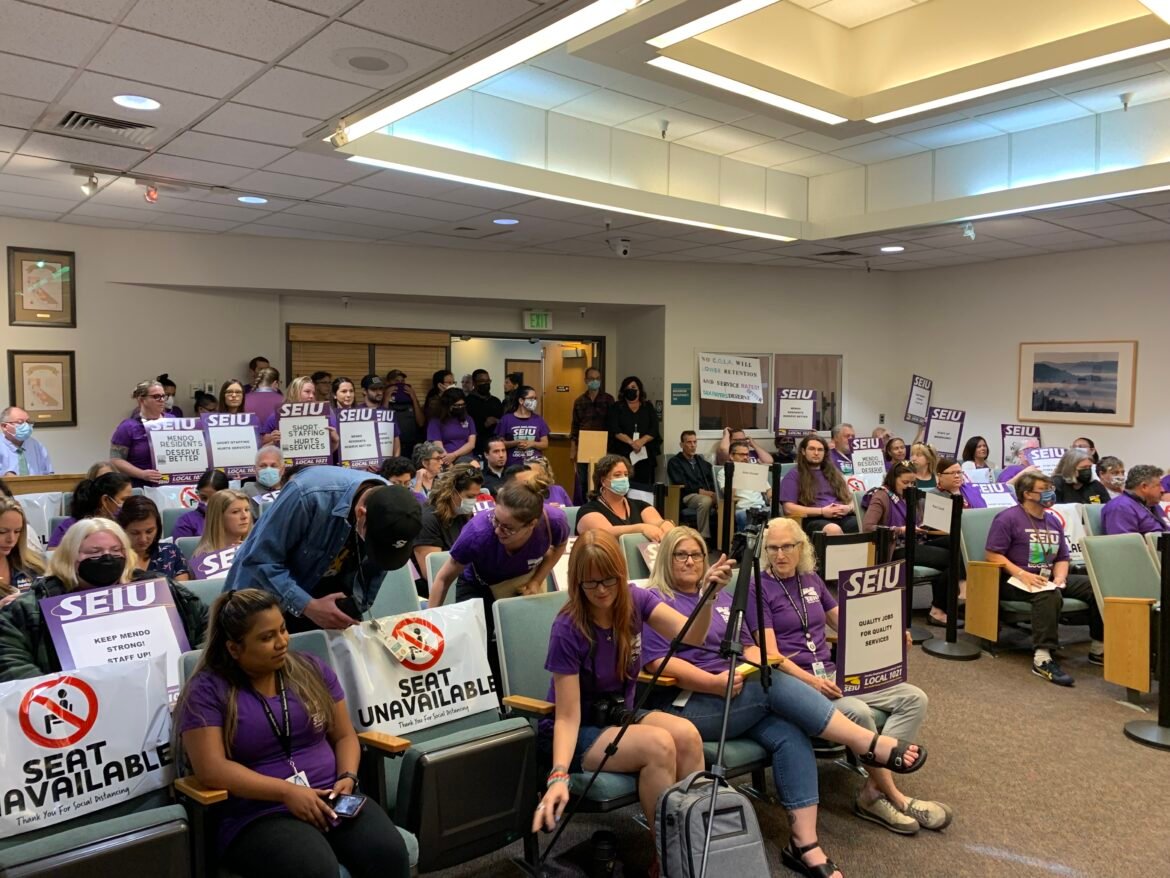 Members of the Service Employees International Union Local 1021 rally at the July 12 Board of Supervisors meeting to ask the county for wage increases for county workers.

The union, which represents 850 county employees, filed the charges against the county nearly three weeks after their contract expired on June 30. The two have been in negotiations since early April to renew their contract, and the union is primarily asking for a 5% wage increase for county workers.

SEIU filed unfair labor practice charges because the county had not submitted all documents requested in November 2021 before negotiations started, SEIU Field Representative Patrick Hickey said. In November, the union asked the county to send several pieces of information including how many vacant positions in the county are budgeted or not budgeted with state-provided funds and what percentage of health, dental and vision insurance the county pays for, according to the PERB filing obtained by The Voice through the California Public Records Act.

Although the county has begun sharing more information with the union, Hickey said there is still information, such as employee premiums, that the union needs to bargain fairly.

“It’s primarily about the county’s failure to provide us information that we’ve requested, going back all the way to last November,” Hickey said.

If the county provides the union with the requested documentation, SEIU will withdraw the unfair labor practice charges. In the charges, SEIU asked the Public Employment Relations Board to mandate the county submit all documentation the union first requested.

Cherie Johnson, deputy CEO of Mendocino County, was sent the filing on July 19, the same day SEIU submitted the charges, according to the obtained documents. Johnson did not respond to requests for comment in time for publication.