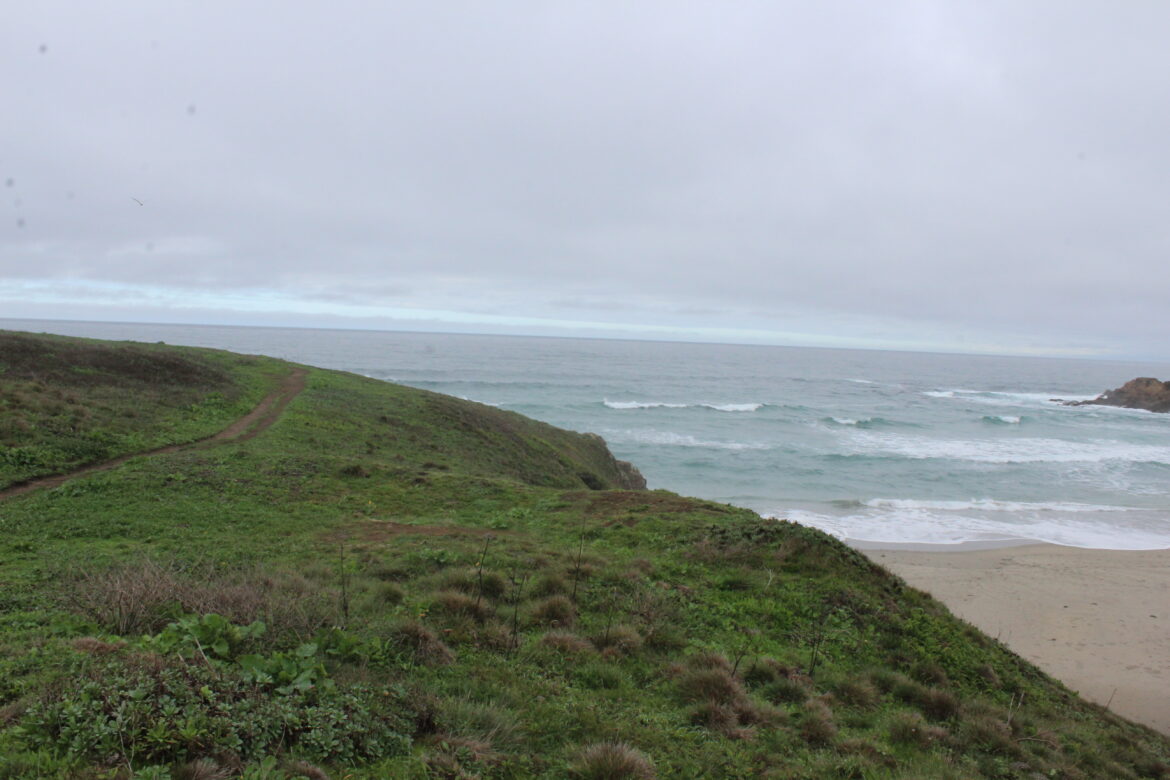 Clouds drift into Fort Bragg at noon Wednesday, potentially bringing some light rainfall with them. A stronger storm is expected over the weekend, but it won't be anything out of the ordinary for this time of the year.

MENDOCINO Co., 12/8/21 ― Wet winter weather is just around the corner, but temperatures and precipitation levels aren’t expected to be anything out of the ordinary for this time of the year. That doesn’t make the rain any less welcome given the severe drought conditions that persist across the county and the state.

There’s the possibility of a drizzle of rain tonight, but more substantial rainfall isn’t expected to start until Saturday night, according to the National Weather Service (NWS) in Eureka. The rainy weather is expected to last through early next week and deliver around 2 to 3 inches of rain across Mendocino County, which is about 30% of the usual 6.9 inches of rainfall in December for Ukiah and nothing out of the ordinary. “It’s looking like a mostly beneficial rain because we’ve been in such a long stretch of dry weather and we’re still in a drought,” said meteorologist Doug Boushey.

The rainfall won’t be enough to cause any kind of hazards like flooding. The Russian River near Hopland, for instance, would need to be at a height of about 15 feet before it started flooding surrounding areas, but the height of the river is resting under a foot, according to data from the U.S. Geological Survey.

Since October, which was the second wettest October on record, most of Mendocino County has received slightly more rainfall than is normally expected. For instance, the Willits area has received 16.8 inches of rainfall, 140% more than the average 12.01 inches, and the Ukiah area has received 8.64 inches, 125% more than its usual 6.89 inches. That’s less true for the Covelo area and northeastern corner of the county, which received slightly less rain than is usual. The area usually gets 10.06 inches of rain by this point in the year, but has only gotten 9.63 inches, which is 96% of the average.

A freeze watch is expected to go into effect in southern Mendocino County from Thursday night into Friday morning, with the potential for another freeze watch going into effect the following night. It’s not expected to be colder than usual, though you may want to protect any outdoor plants. “Lately we’ve been above normal because of cloud cover and higher humidity,” Boushey said, “but I think we’re going to start seeing some drying and clearing around Friday, so those overnight low temperatures will start to dip down close to freezing.”

The usual low temperature for this time of year in Ukiah is 36 degrees Fahrenheit and the temperature going into Friday is expected to be 32 degrees. The lowest recorded temperature in Ukiah in December was 13 degrees in 1932 and 1972. “It’s December and it’s usually pretty cold,” Boushey said. “It’s not all that cold considering how cold it can get this time of year.”

It’s still unclear if the wet weather will persist throughout the winter, but the state Department of Water Resources (DWR) isn’t taking any chances and telling water managers to prepare for a third dry winter. “Despite a wet start to the water year, conditions have dried out since that first storm and we are still planning for a below-average water year,” Karla Nemeth, the department’s director, said in a statement. “That means we need to prepare now for a dry winter and severe drought conditions to continue through 2022.”

For the most up-to-date weather information, visit Eureka, CA (weather.gov).

Note: Sonia Waraich is a Report For America fellow covering the environment & natural resources for TMV. Her position is funded by the Community Foundation of Mendocino, Report for America, & our readers. You can support Sonia’s work here or email [email protected]. Contact Waraich at [email protected]e. TMV maintains editorial control.

One thought on “Expect light, beneficial rain across Mendocino County this weekend”