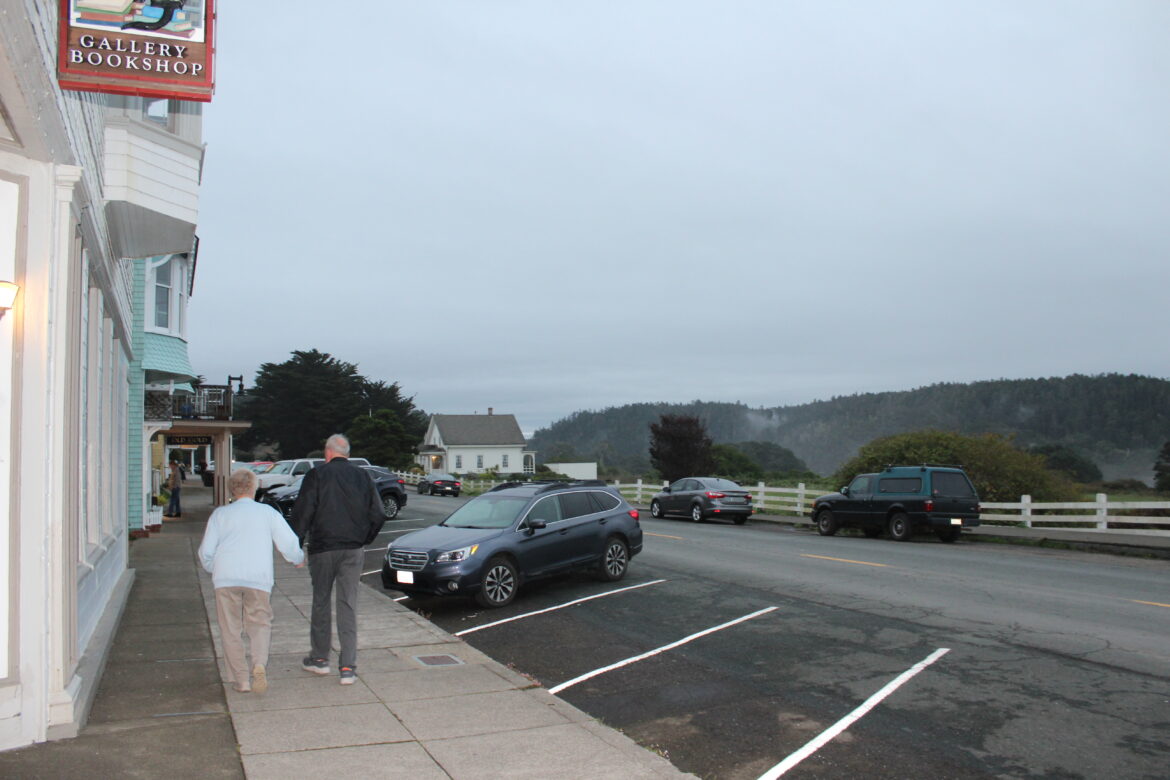 The town of Mendocino is mostly dry on Tuesday after getting soaked with rain over the weekend. The town has received over 8 inches of rain since the start of the month, which hasn't been enough to end the town's drought emergency, but was enough for at least one dry well to start showing signs of recovery.

MENDOCINO Co., 10/26/21 — The city of Fort Bragg has ended its water emergency and at least one well is showing signs of recovery in the town of Mendocino after a severe drought caused roughly three dozen wells to go dry over the summer.

“The homeowner was ecstatic,” said Ryan Rhoades, superintendent of the Mendocino City Community Services District. “He said, ‘It’s been running for 25 minutes and we have water,’ so that’s great news and I hope to hear more news like that.”

The town of Mendocino received just over 4 inches of rain on Saturday alone and its rainfall total for October is now hovering above 8 inches, Rhoades said. The town needed more than 10 inches of rainfall to see significant recovery in the 35 wells that had been reported as dry or underproducing. The district checked its 24 monitoring wells ahead of the storm on Friday and found the water levels in the aquifer had gone up about a foot since September. The board of the community services district opted to maintain a Stage 4 water emergency because everyone’s still uncertain about whether there will actually be more rainfall, Rhoades said. Rhoades encouraged Mendocino residents to invest in storage now to collect the rainwater while they can.

Nearby the city of Fort Bragg opted at its meeting Monday to rescind its water emergency, which it downgraded from a Stage 4 to a Stage 2 earlier this month, but Fort Bragg doesn’t rely on groundwater. It relies on three water surface water sources — Newman Gulch, Waterfall Gulch and the Noyo River. The Noyo went from a streamflow that was well below 1 cubic foot per second to peaking at 2,140 cubic feet per second on Oct. 24 before dropping down to just under 200 cubic feet per second on Tuesday. The height of the Noyo reached record highs for a couple days and remains well above normal for this time of year as of Tuesday evening.

Because Mendocino does rely on groundwater, the duration over which the rain falls matters just as much as the volume, Rhoades said. The ground needs to be saturated enough for the water to soak into the reservoir, but Rhoades said the drought has left the soil hard and dry, so “a lot of that water is just flowing over the surface and over the edge of the cliffs.”

“While a lot of the wells in Mendocino are shallow and they’re under the influence of surface water, a heavy rain might make it look like their wells are recovering,” Rhoades said. “But the reality is when you get 4 inches in 24 hours, that’s not enough time for that water to soak deep into recharge the aquifer, so groundwater levels are still going to take some time. It’s going to take prolonged periods of rain to see some improvement.”

It’s still unclear if Mendocino County is going to get that prolonged period of rain. The atmospheric river that brought 4 to 13 inches of rain to the county has finished its run through the county. “We’re pretty much going to dry out after tonight,” Matthew Kidwell, senior meteorologist at the National Weather Service’s Eureka office, said Tuesday.

There’s a 20% chance of rain on Wednesday, but it’ll be dry for the rest of the week. Another weather system will be passing through the West Coast on Sunday and Monday, “it’s just a question of how far south it comes,” Kidwell said. It could provide up to an inch of rain if it does make it as far south as Mendocino County.

“This first system was great and filled a lot of reservoirs, but I want to caution people that it could just be this one system and we have another dry winter,” Kidwell said. “Or it could be the start of a wetter winter, but it’s too soon to tell. We could have a few early storms and then it could be like last winter again.”

One thought on “Weekend storm drenches Mendocino coast, but fails to end drought”