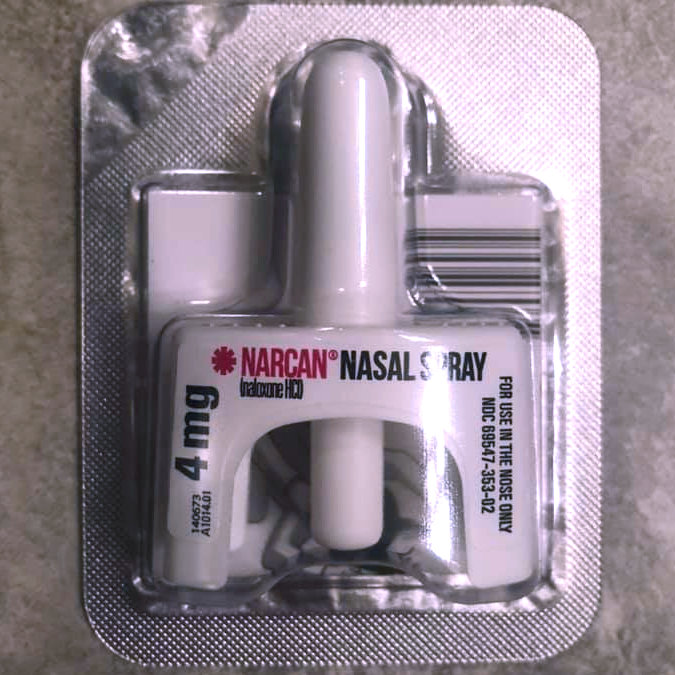 MENDOCINO Co., 11/7/21 — The Mendocino County Sheriff’s Office (MCSO) has used Narcan during seven incidents to reverse potentially fatal overdoses — most recently on October 18. That day, a deputy at the Safeway in Ukiah noticed a 37-year-old local woman who was unresponsive on the ground outside the store, evidently due to an opioid overdose, and after three doses of Narcan, “there appeared be positive effect on the adult female’s condition,” according to the MCSO press release.

Mendocino County has the fourth highest rate of fatal opioid-related overdoses in California, and deputies with the Sheriff’s Office have been carrying Narcan in the field since April, 2019 to as an additional method to prevent opioid overdoses. Narcan is also available for use by the general public, and a number of Mendocino-based community organizations provide training for people interested in carrying the antidote with them.

Mendonoma Health Alliance is holding a free virtual training via Zoom at 4 p.m. on Nov. 8. Participants will be provided with Narcan after completing the workshop.

Here’s the press release from MSCO:

Synopsis:
On 10-18-2021 at approximately 2:27 P.M. a Mendocino County Deputy Sheriff was at Safeway in Ukiah, California.

As the Deputy exited the store, he observed a 36 year-old female on the ground who was unresponsive.

The Deputy began a medical assessment and determined the adult female was not breathing and had only a faint pulse.  The Deputy observed drug paraphernalia in the immediate area.

Based on the Deputy’s training and experience, he feared the adult female was suffering from an opioid overdose, which if gone untreated could result in death.

An Officer from the Ukiah Police Department arrived on scene and administered a third 4MG dose of NARCAN to the adult female.  After the third dose, there appeared be positive effect on the adult female’s condition.

Medical personnel arrived on scene shortly later and took over care of the adult female who was transported to the hospital for further treatment.

In April 2019 the Mendocino County Sheriff’s Office (MCSO) began to issue NARCAN® (Naloxone HCI) nasal spray dosage units to its employees as part of their assigned personal protective equipment.  MCSO’s goal is in protecting the public and officers from opioid overdoses. Access to naloxone is now considered vital in the U.S. The Center for Disease Control.  The California Opioid Overdose Surveillance Dashboard has reported Mendocino County ranking, per capita, 3rd in all opioid overdose deaths. (https://discovery.cdph.ca.gov/CDIC/ODdash/)  Narcan nasal spray units are widely known to reverse opioid overdose situations in adults and children. Each nasal spray device contains a four milligram dose, according to the manufacturer.  Naloxone Hydrochloride, more commonly known by the brand name NARCAN®, blocks the life-threatening effects of opioid overdose (both medications and narcotics) including extreme drowsiness, slowed breathing, or loss of consciousness.

The antidote can reverse the effects of an overdose for up to an hour, but anyone who administers the overdose reversal medication in a non-medical setting is advised to seek emergency medical help right away. The spray units can also be used by Public Safety Professionals who are unknowingly or accidentally exposed to potentially fatal amounts of fentanyl from skin absorption or inhalation.

The issuance of the Narcan nasal units, thus far, have been to employees assigned to the Field Services Division and the Mendocino County Jail medical staff.  Employees are required to attend user training prior to being issued the medication.

Sheriff Matthew C. Kendall would like to thank Mendocino County HHSA Public Health for providing the Narcan nasal units to the Sheriff’s Office free of charge as part of the Free Narcan Grant from the California Department of Public Health.

Since the April 2019 issuance, there have now been (7) seven separate situations wherein Mendocino County Sheriff’s Office Patrol Sergeants/Deputies have administered NARCAN and saved the lives of (7) seven people in need of the life saving antidote medication.