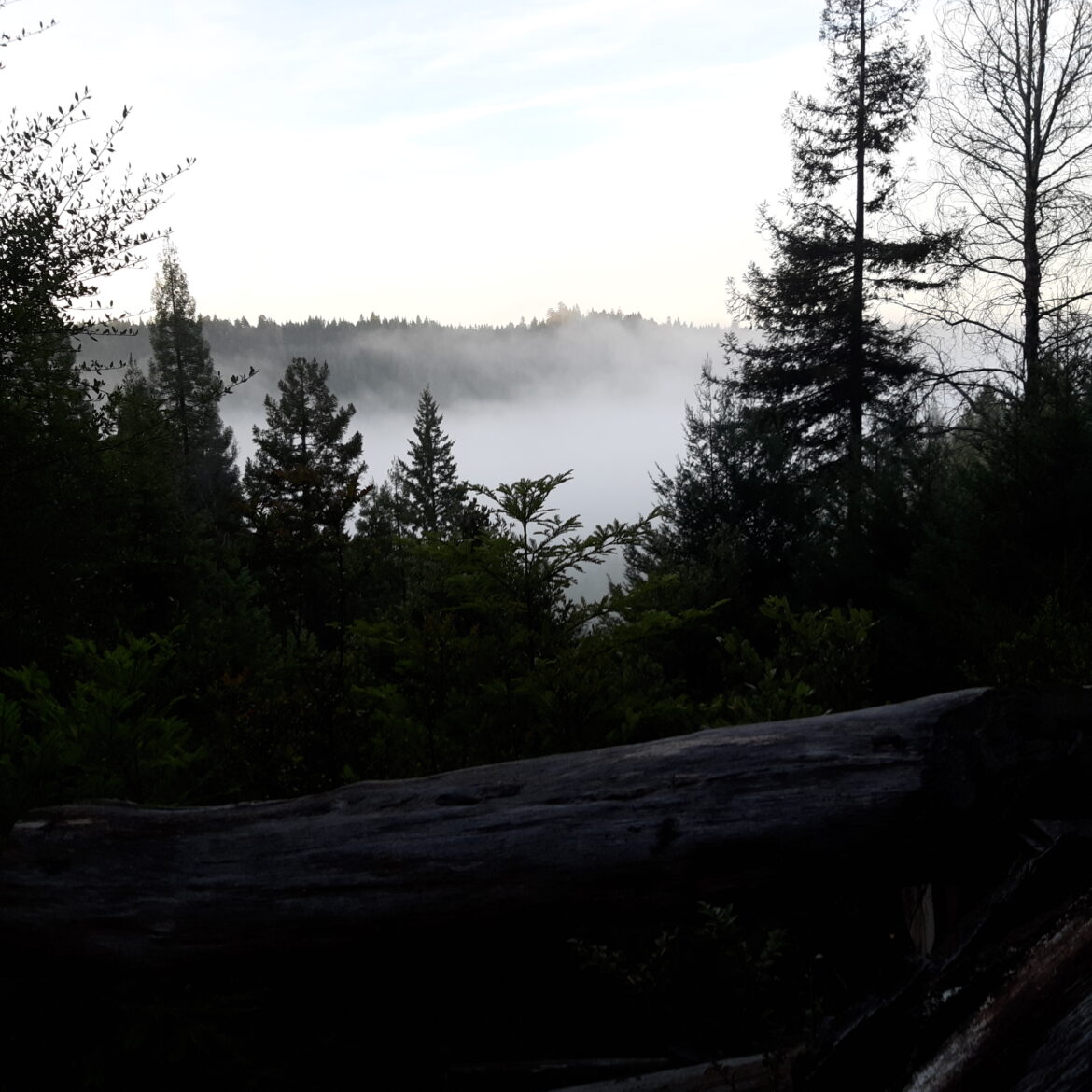 Jackson Demonstration State Forest photographed on the morning of Sept. 29.

MENDOCINO Co., 11/16/21 — A debate has been raging for the past few months on whether Jackson Demonstration State Forest (JDSF) is being managed in the best way possible in the face of a drastically escalating climate crisis. On Monday, the Mendocino County Board of Supervisors decided to get involved and send a letter to the state, urging officials to review whether Cal Fire’s current management practices align with the state’s climate goals. Local staff say their work already aligns with those goals.

After about two hours of discussion and a couple dozen public comments, the supervisors voted unanimously to send a letter to Gov. Gavin Newsom and the state Natural Resources Agency asking that Cal Fire’s current management of the forest be reviewed scientifically. Specifically, the resolution is asking state officials to:

Community members in support of the resolution said second-growth redwoods are the greatest carbon sequestrators on the planet and need to be preserved at all costs. “Redwood is a luxury wood,” said Sarah Rose, a high school sophomore at the Mendocino Community High School. “And the redwood industry is not a luxury that we can prioritize over our collective future.” Roughly three out of every five community members said they wanted the supervisors to support a scientific review of the forest’s management practices.

But forest researchers and staff said they’re following the science and are not only aligned with the state’s climate goals, but research at demonstration forests like Jackson State are helping inform those goals, said Jackson Demonstration State Forest’s Program Manager Kevin Conway. “The Demonstration State Forest Program is included as an existing state effort to meet the goals within the 30×30 plan,” Conway said. “So we’ve been recognized as what we’re doing now today already being compatible and contributing toward those state goals.”

The land was almost completely deforested when the state bought the property 70 years ago, and Conway said the state’s work actually reforested the land while demonstrating it could be used for recreation, research and timber production. The resolution wants a report on how current management practices are impacting carbon sequestration, but Conway said Cal Fire already keeps track of that. Research from the forest shows it’s storing 19 million metric tons of carbon dioxide as of 2017 and it’s sequestering carbon dioxide at a rate of approximately 200,000 metric tons per year, offsetting the emissions of just under 43,500 cars.

The state used the 2016 JDSF Management Plan to put together its statewide Report on Forest Research, which was released June 18. “The report basically outlines the highest priorities for forest management research right now,” said Michael Jones, the UC Cooperative Extension’s forest advisor for Mendocino County, “including things like climate change and carbon management, wildfire risk management and traditional ecological knowledge.” The fact that the state is already using the forest’s management plan and research plan to guide its own research priorities suggests local priorities are already aligned with those of the state, he said.

Williams said Cal Fire was having issues communicating this with the public and sending a letter to the state could help fortify Cal Fire’s position that it’s already taking the scientific approach. The board has been receiving ongoing comments from the public about commercial logging in Jackson State Forest, Gjerde told The Mendocino Voice on Friday. Activists have been disrupting logging in the forest since finding out about a timber harvest plan (THP) in the Caspar 500 during the past spring. They’ve been calling for a moratorium on logging in the forest until the community is brought to the table and its concerns are heard.

The disruption of logging in the forest has led to hiccups in the local timber industry. Bruce Burton, one of the owners of specialty redwood sawmill Willits Redwood Company and the purchaser of the Caspar 500 timber sale, said the halt in logging forced him to haul in timber from Humboldt and Santa Cruz counties. “That represented close to 50% of our consumption for the year,” Burton said, “and in one fell swoop not only did the Anderson Logging Company, who we are under contract to, to do that job, they immediately had to find work for 40 employees that they had assigned to that task. That just happened overnight.”

The board doesn’t have another means to help address the conflict besides asking the state to review the plan, Williams said. “We have a lot of conflict brewing locally,” Williams said. “I don’t want to see, and I don’t think the board wants to see, conflict between the public, our public servants, foresters, researchers. And Cal Fire has a chain of command and what we’re doing with this resolution is going to the top of that chain and asking that there be assurance, verification that there’s alignment.”

The JDSF Advisory Group (JAG) is holding a meeting from 9 a.m. to 4 p.m. today, Nov. 16 at Camp 20 in Jackson State Forest, which is along Highway 20 between Willits and Fort Bragg.