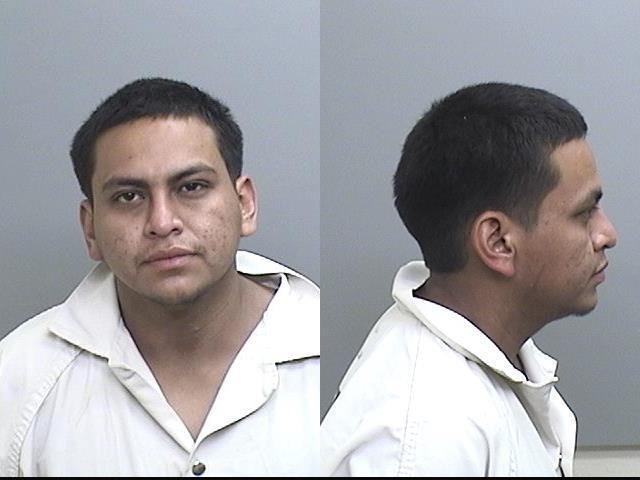 MENDOCINO Co., 10/27/21 — The defendant charged with fatally shooting 27-year-old Edgar Alejandro Becerra-Almaraz at a cannabis operation on Bell Springs Road in July has been held to answer for the crime, according to court documents, meaning that a preliminary hearing was held and Judge Keith Faulder found sufficient evidence to take the case to trial. Oscar Alvarez Ruiz, who was 23 at the time of his arrest this summer, may also be offered a plea deal.

Deputies with the Mendocino County Sheriff Office responded to the 59000 block of Bell Springs Road, near U.S. Highway 101, on report of gunshots around 1:45 a.m. July 23. Becerra-Almaraz was found with a gunshot wound to the leg when deputies arrived on scene just before 3 a.m., and Ruiz was allegedly seen fleeing downhill. A search ensued, lasting roughly three hours and involving assistance from a California Highway Patrol aircraft. Another individual was also detained, but that person was not charged with a crime and their name has not been publicized.

Ruiz was charged July 27, and entered a plea of not guilty on Aug. 5. Meanwhile, he remains in custody on $800,000 bail — down from $1 million after a motion by the defense. A preliminary hearing was held Oct. 15 before Judge Keith Faulder and Ruiz was held to answer on all counts, including murder with special allegations that he used a handgun, as well as being in possession of cocaine at the time of the crime. He is scheduled to return to court at 9 a.m. this Friday, Oct. 29 for another arraignment hearing, but that will take place in the courtroom of Presiding Judge Ann Moorman.

Faulder granted a motion from Ruiz’s attorneys with the Mendocino County Public Defender asking him to recuse himself under California Civil Procedure code 170.6 arguing Faulder is “prejudiced against the defendant or the interests of the defendant so that he cannot or believes he cannot have a fair and impartial hearing before said judge.” Public Defender Jeffrey Aaron responded to a request for comment on his client’s behalf, saying the specific details of the alleged prejudice is privileged information under state law.