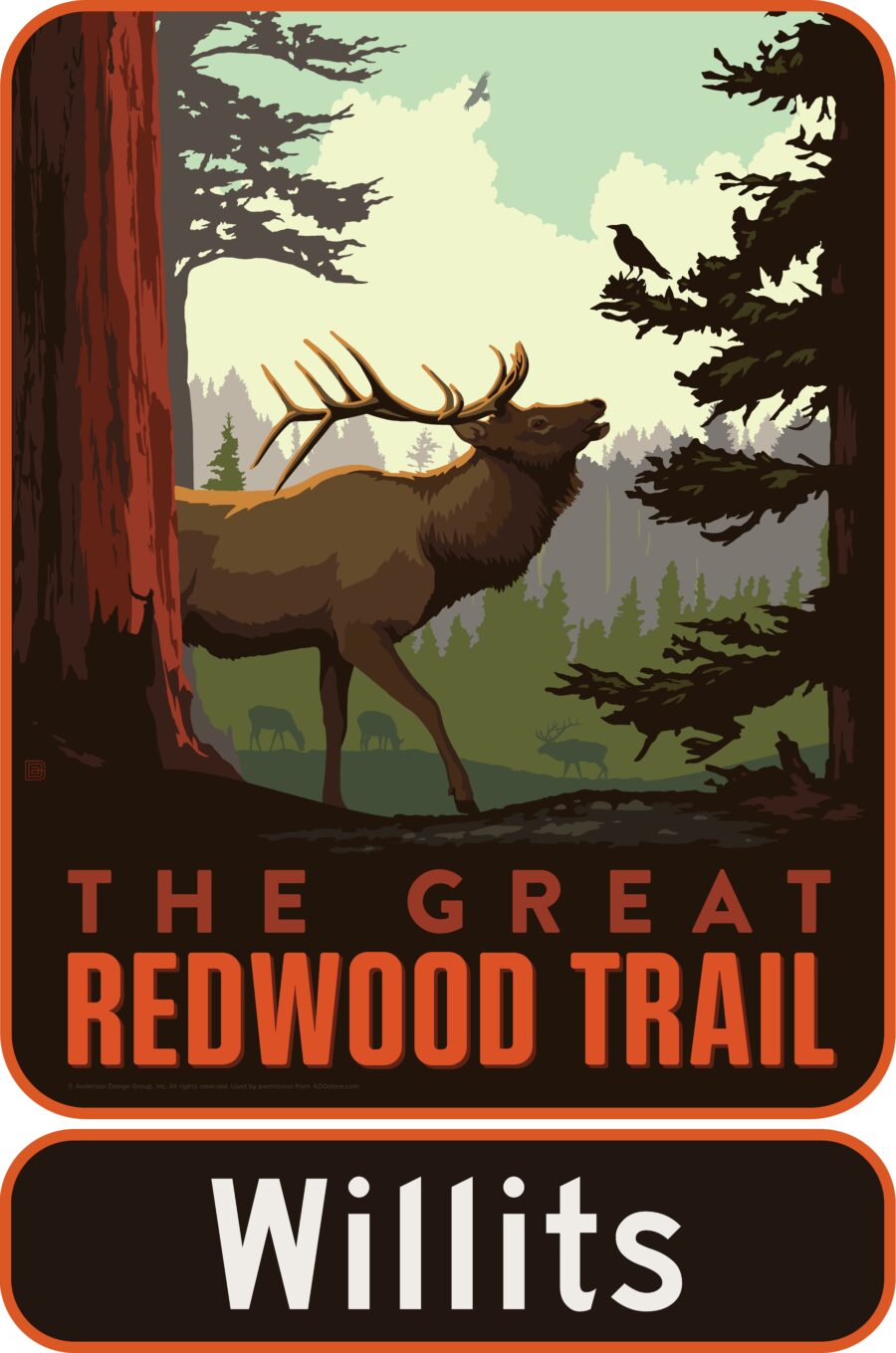 MENDOCINO CO., 7/2/21 — State Sen. Mike McGuire announced at a Friday digital press conference that $16.5 million in state funding has been secured for the Great Redwood Trail, including $10 million for the master plan for the Cloverdale to Blue Lake (in Humboldt County) segment. (See our previous reporting)

The proposed more than 300 mile trail will run from the San Francisco Bay at Larkspur in Marin County, north to Humboldt Bay at Blue Lake, east of Arcata. Along the portion south of Cloverdale the smart train line runs, and the trail will be built adjacent to the tracks. In the northern portion, above Cloverdale, tracks may also remain along the biking and hiking trails, but it will be unused as a railroad.

So far there has been over $30 million secured to build-out parts of the trail.

Only small bits and pieces of work have been completed and most of the expanse remains to be built. McGuire said the trail will begin being marked with signage this summer, unveiling a sign on Zoom featuring a Roosevelt elk in the redwood forest that will soon be popping up in all four counties.

Completion of the trail is years away, with no target completion date yet set (part of the master plan process will be to set a target date), but McGuire celebrated the new funding as a pivotal moment in the history of the effort, which he said would be the longest rail to trail project in the United States.

“We couldn’t be more excited to announce today that approximately $10 million will be invested in the master plan for the great Redwood Trail’s Cloverdale to Blue Lake segment. Think of the master plan as the blueprint for the Great Redwood Trail project. This massive investment represents an historic turn away from a defunct and crumbling rail line to a trail that will be an economic driver and environmental showcase that will benefit generations of locals and visitors alike,” McGuire said.

McGuire was accompanied at the press conference by representatives from Marin/Sonoma, Humboldt and Mendocino counties.

McGuire was the sponsor of a bill that passed in 2018 kicked off the process of creating the Great Redwood Trail, but the debate over and the process of transforming the railroad line into trails has been going on for decades.

As recently as a few years ago, many still favored keeping the economic power and fossil fuel saving transport of the railroad, but the government agency established to reestablish such service (the North Coast Railroad Authority) could never get off the ground — plagued by mismanagement, numerous lawsuits and disputes.

“For the last half century the North Coast has had a 300 mile long railroad corridor running through the heart of local communities, and our most beloved open spaces, but over the last three decades this corridor has been almost entirely in ruins. The organization overseeing the railroad, the North Coast Railroad Authority, was candidly a hot mess, enmired in lawsuits and it has completely failed in its mission. These tracks have been a dead end to nowhere, and have become a liability to the communities that they run through, and the public has been at risk of losing this valuable, incredible and cool piece of infrastructure,” McGuire said.

There has been work on the building of pieces of the trail throughout the region, from Healdsburg to Arcata for instance, or through Ukiah.

Maureen “Mo” Mulheren, Mendocino County second district supervisor and now a board member of the North Coast Railroad Authority (the body that oversees the property), said at the press conference she was thrilled to see such strong support from the state.

“This is such great news for Mendocino County. Ukiah was the first city to officially open a part of the Great Redwood Trail last year with three phases for a total of 1.8 miles. I’m proud to say we’re working hard to expand that trail to cover the entire length of the city of Ukiah.”

“And also while serving members of our community that have lower economic opportunities. This gives our residents, equal access to active transportation and recreation for healthy family activities,” Mulheren said.

Kerrie Lindecker, spokesperson for McGuire said the $16.5 million announced was part of the state budget that was just approved and will come from the general fund.

McGuire detailed what the master plan will do:

“This master plan will help, number one, design the trail. It will determine construction, operation and maintenance costs. It’s going to study the trail route and analyze the type of material that will be used to construct the trail,”he said.

McGuire also said the master plan will also fund a community engagement process to seek neighbor and community feedback on all 300 miles of the paths and will kick start the environmental and engineering review processes.

At the end of Friday’s press conference, McGuire discussed the issue of the Great Redwood Trail and fires.

“It will actually help with defending fire. Number one, it gives access, enhanced access, to fire crews. Number two, those individuals who are on the trail are outdoor enthusiasts, and they’re an extra set of eyeballs on the trail that actually report fires. All the data shows that when there is a trail in a wilderness area, fires actually go down, versus going up,” McGuire said.

Caryl Hart, a member of the California Coastal Commission and the NCRA board, appeared at the press conference representing both Marin and Sonoma Counties. She is also the former director of the Sonoma County parks system.

McGuire asked her to put on “her parks hat” and talk about the issue of the trail and fires.

“So if you take the area around Cloverdale, you’ve had homeless encampments and all sorts of activities along the trail…There are people living in the tunnels, carrying fires in the tunnels — how are we going to address this fire risk? By bringing in legal use which then drives out the illegal use. So there’s a positive link between trails and fire risk. And so I think that this is just going to end up being a very positive benefit for the entire North Coast when it comes to reducing that risk,” Hart said.