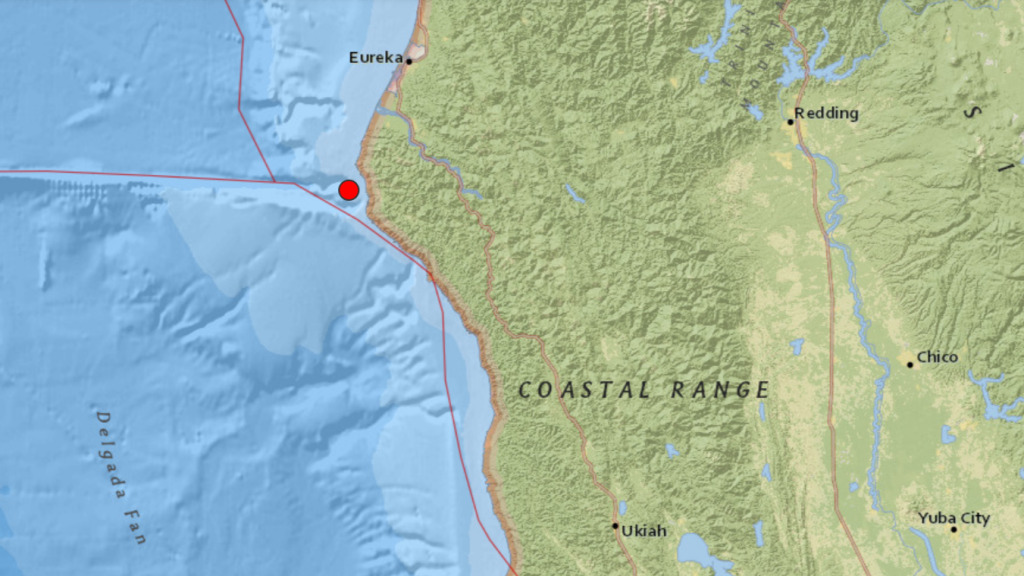 WILLITS, 3/18/20 — A decent sized earthquake, measuring a magnitude 5.2 struck off the coast of Cape Mendocino in Humboldt County, at 3:08 p.m. today. The quake’s epicenter was about 8.5 miles (14km) west of Petrolia, in the Pacific Ocean. A tsunami is NOT expected.

The temblor was quite deep, at 17.8 miles (26.8km), and was felt at least as far south at Willits, as a rolling jolt. So far there have not been reports of significant damage, though many people in Humboldt County are describing this as a very strong quake.

There have been a series of earthquakes in the past month, some small ones in Redwood Valley, as well as a cluster of quakes measuring larger that 5.0 off the coast of Humboldt County near the Mendocino Triple Junction, whether three tectonic plates meet. Those three tectonic plates are the North American, Pacific, and Gorda plates.