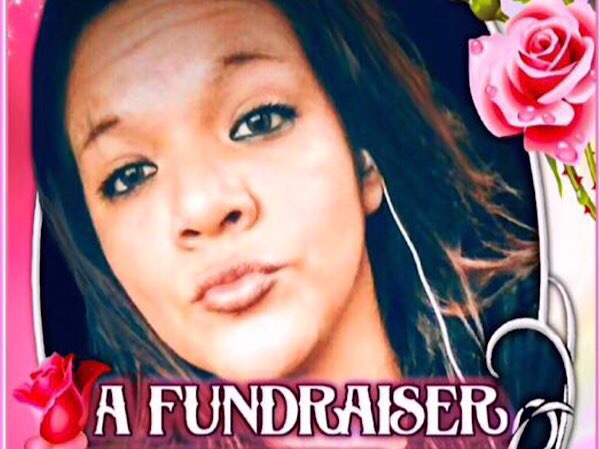 WILLITS, CA 10/31/18 — Khadijah Britton was last seen in Covelo on February 7, but the community is still searching for her. This weekend, on November 3, a fundraiser will take place at the Willits Community Center to raise money to assist with the ongoing efforts to locate the beloved missing woman.

Thanks to additional donations from the community, the reward for information leading to Britton’s location has been raised to $85,000. “Help us bring home our missing baby girl Khadijah Britton. Her family loves her and misses her so so much ??? The reward has been increased to $85,000, if you (sic) any information, please call the tip line at (707)234-2100.” wrote one family member in the “Help Find Khadijah Britton” Facebook group, which has grown to nearly 4,500 members, many located around the country.
(Continued)

The fundraiser will take place Saturday, November 3 at the Willits Community Center, located at 11 East Commercial Street, from 5 to 9 p.m. The event will include a fry bread and taco dinner to raise funds to continue the search for Britton.

In recent weeks, there have been two different podcasts released, “The Vanished,” and “Invisible Choir,” featuring Britton’s story. The podcasts highlighted the community’s efforts to locate Britton or get more information about her case over the last eight months. There has also been a song written about her case.

In early October, the Round Valley Indian Tribal Council also issued a statement, which was called the first in a series, encouraging any community members who may have information about Britton’s disappearance to come forward.

No charges have been brought relating to Britton’s disappearance. The primary suspect in Britton’s disappearance, her former boyfriend Negie Fallis, and his current girlfriend, Antonia Baustista-Dalson, both accepted plea deals related to charges of Fallis’ possession of a firearm as a felon. They have both been released on bail, and are scheduled to appear for sentencing in Mendocino County Superior Court on December 4 and 11, respectively.

Community members have held ongoing searches, organized fundraisers and vigils, hung flyers and banners around the region, and highlighted her disappearance and community events such as the California Indian Days parade in Covelo. During these efforts, Britton’s family members have noted that her disappearance is just one of many similar cases around the U.S. and Canada. The movement to bring attention to these cases, and highlight that native women often face high rates of domestic violence and violent crime, is known as the “Missing and Murdered Indigenous Women’s movement.”

Britton had previously reported a violent beating by Fallis in January prior to her disappearance, in which he is alleged to have beaten her with a hammer and threatened her life, but later reportedly requested the charges be dropped. She was last seen by witnesses allegedly being forced from a Covelo house by Fallis at gun point.

The Mendocino County Sheriffs Office continues to seek any information related to Britton’s disappearance, and her family is offering a $85,000 reward for any information that helps find her. Anyone with information about Britton should contact the MCSO tip line at (707) 463- 4086 or the tip line (707) 234-2100. You can read The Mendocino Voice’s complete coverage of Britton’s disappearance and Fallis’ legal proceedings here.

*Correction: An earlier version of this article mistakenly stated that the date of the event was Nov. 2, when in fact it is Nov. 3.