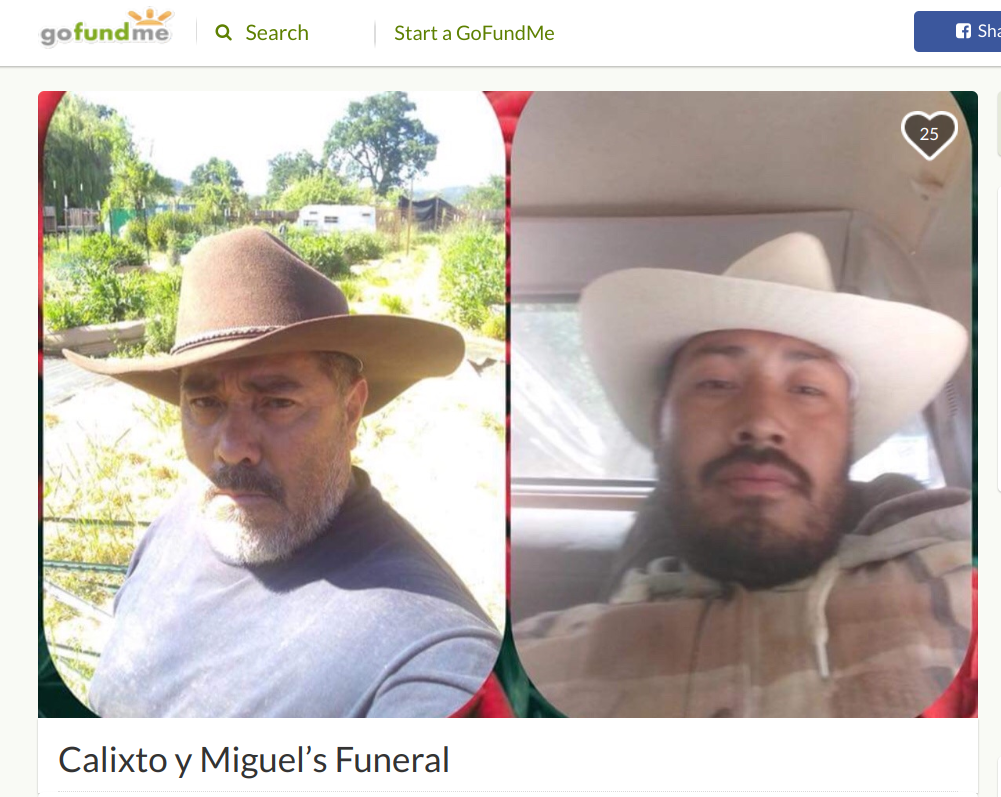 A screenshot of the Go Fund Me for the funerals of Calixto and Miguel Ramirez.

MENDOCINO Co., 7/10/18 — The Mendocino County Sheriff’s Office has officially announced the death of Miguel Ramirez, 30 of Covelo, in the shooting that occurred on the Ridgewood Grade section of Hwy. 101 on July 2. Miguel Ramirez succumbed to his wounds at a hospital in Sonoma County, where he was airlifted after he and his father, Calixto Ramirez, were allegedly shot by Miguel’s brother, Ubaldo Ramirez, while driving Ubaldo “out of town, to get him a better perspective on life…”

Ubaldo Ramirez is the primary suspect in the shooting and has been held in custody on charges of murder, and previously, attempted murder, since he was apprehended in Covelo on July 3.

Though the MCSO announced Miguel Ramirez’s death only today, knowledge of his death became public some days ago, and the exact date of his death is unclear. A Go Fund Me has been created to pay for the funerals of father and son, Calixto and Miguel Ramirez, as of the time of publication it had raised $1,030. 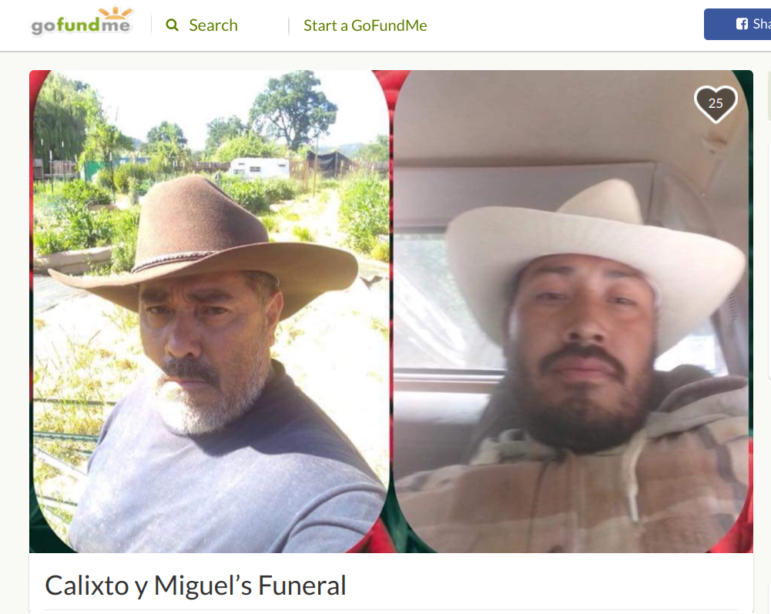 A screenshot of the Go Fund Me for the funerals of Calixto and Miguel Ramirez.

An autopsy is scheduled for Miguel’s body today, in connection with the murder investigation.

Here is our previous coverage:

Here is the relevant section of the press release from the MCSO:

On 07-10-2018 the Mendocino County Sheriff’s Office coroner’s division was notified Miguel Ramirez had died in a Sonoma County area hospital.

Miguel Ramirez was transported to Mendocino County and a forensic autopsy has been scheduled for 07-10-2018 in connection with the investigation into the shooting incident detailed in this press release.

2 thoughts on “Second victim in Ridgewood shooting succumbs to wounds”