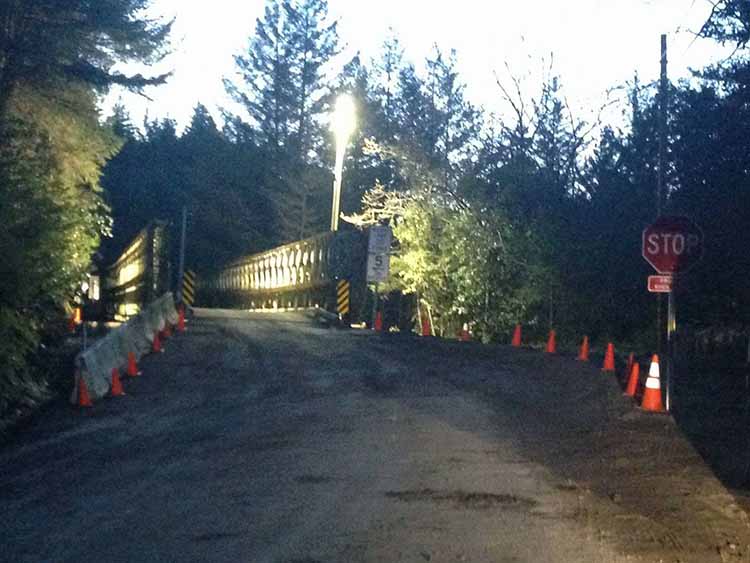 MENDOCINO Co., 5/21/18 — Orr Springs Road will be closed for repairs beginning Tuesday, May 22, while a contractor for the Mendocino County Department of Transportation replaces the temporary bridge that has in place since a landslide in early 2017. The repair will take place about five miles west of Ukiah. Mendo DOT plans for the road to be closed until Friday, at which point they plan to re-open for the Memorial Day weekend, and then close again for several more days until the repairs are completed around May 31.

The entirety of the work, which replaces a temporary Bailey Bridge that has been in place since last spring, is expected to take ten days. The repairs will begin at approximately 6a.m. on Tuesday, but the contractor plans to have one lane of the road open for holiday weekend traffic beginning Friday, May 25, at 7p.m. The plan is to then resume work on Tuesday until the repairs are complete.

The landslide, which took place in late February, 2017, opened up a hole about two cars in length in the road, which was closed for several weeks until the county brought a Bailey Bridge in to allow passage. The Mendocino Voice made a video of the Bailey Bridge — enjoy it now since the bridge will be on the way out!