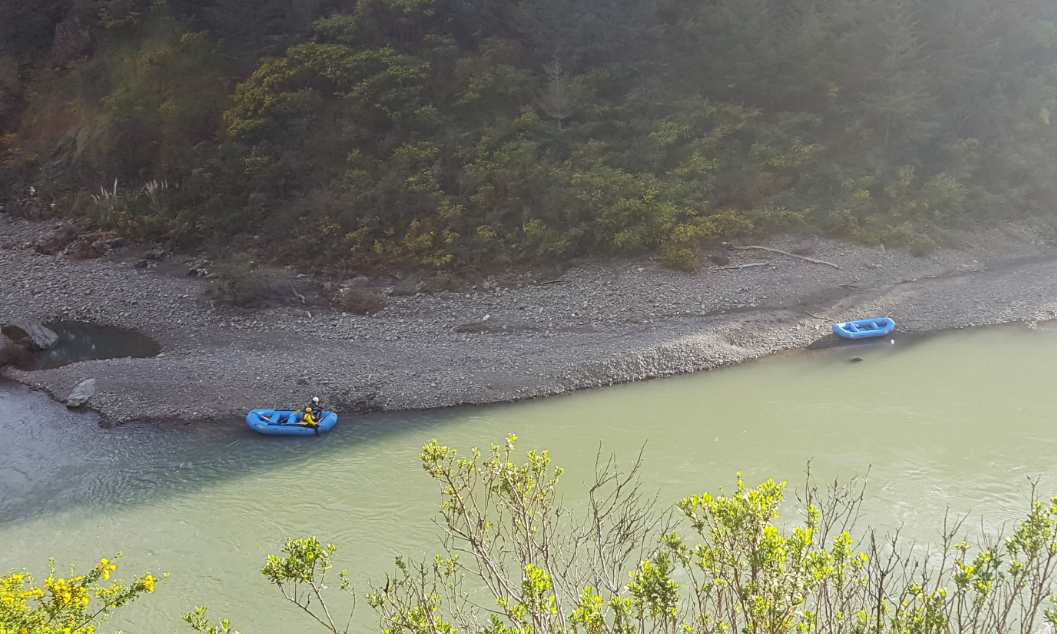 Rafts on the Eel River on April 10. On the day of the vehicle went into the water, April 6, the water was up to the brushline. 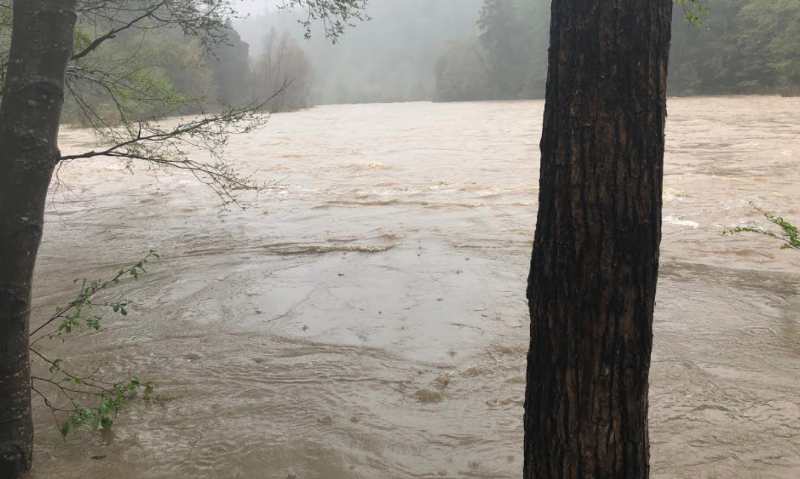 The Eel River on the day the vehicle was lost. Courtesy Southern Humboldt Technical Rescue

MENDOCINO Co., 4/11/18 — The Mendocino County Sheriff’s Office is teaming up with various other local rescue agencies to continue the search for the vehicle which was lost in the Eel River April 6, suspected to be the car of a Santa Clarita area family who are missing. 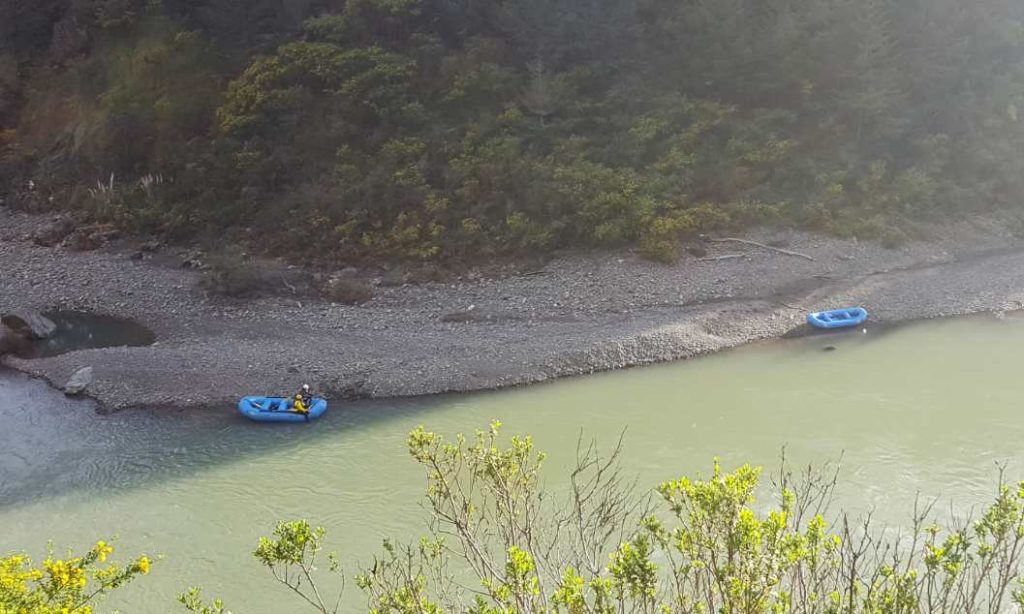 Rafts on the Eel River on April 10. On the day of the vehicle went into the water, April 6, the water was up to the brushline.

The MCSO issued a press release today, listing the agencies and including some pictures of the section of the river where the car was reported lost.

The full press release is below:

On April 6, 2018, at approximately 1310 hours, Humboldt Communications Center (HCC) received a report of a vehicle over the side of a steep embankment on US-101, south of Dora Creek in Northern Mendocino County.

Upon the arrival of emergency personnel, the involved vehicle was completely submerged in the Eel River.

The California Highway Patrol, Southern Humboldt Technical Rescue, Piercy Volunteer Fire, and Leggett Volunteer Fire Department all responded to the scene to assist, however due to the strong river current, and the poor clarity, the vehicle was unable to be located. CHP and emergency personnel have continuously searched and monitored the river in attempts to locate the vehicle. CHP has also utilized its helicopter in attempts to locate the vehicle.

All available resources are being utilized by searching personnel. Through the collaborated efforts of all the involved agencies we are working to resolve this incident as quickly and safely as possible.  Rescue personnel will be searching the immediate and surrounding areas and constantly evaluating the condition of the river and the weather during the search efforts.

This incident remains under investigation by the Garberville CHP Office.

On 04-11-2018 the Mendocino County Sheriff’s Office has enlisted the assistance of the following public safety agencies in an attempt to locate the vehicle which is still submerged in the Eel River in the area of Leggett, California:

Once the vehicle is located then a recovery plan will be developed to safely remove the vehicle from the Eel River.

Anyone wishing to subscribe to the Sheriff’s Office automated press release notification system can do so by visiting www.mendocinosheriff.com and by accessing the press release page on the website.