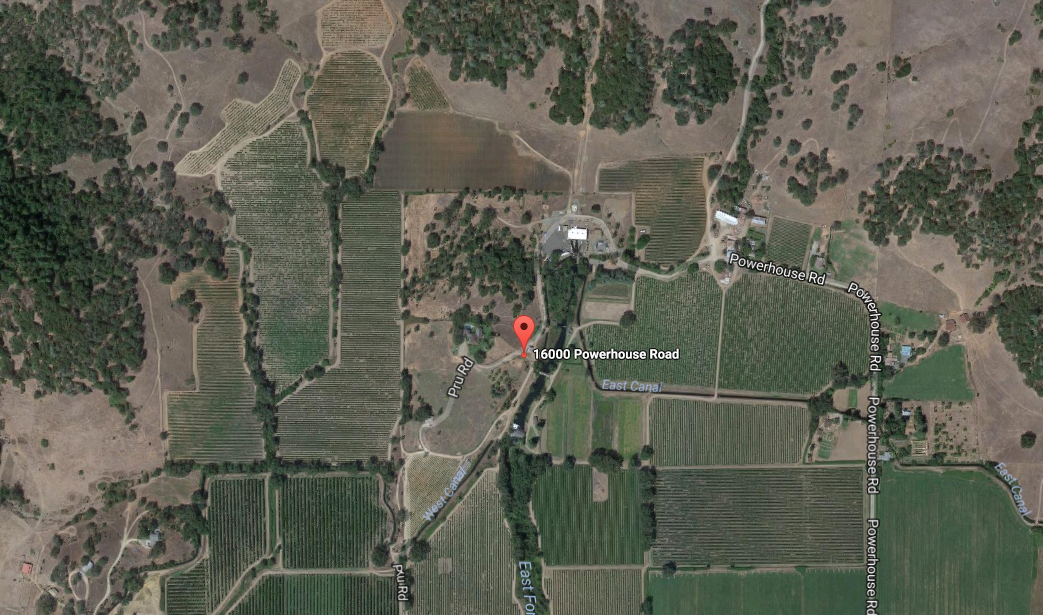 MENDOCINO Co., 4/5/17 — After some struggle, two brothers were arrested at two separate but neighboring trespass grows in Potter Valley on July 3. About 5000 cannabis plants were cut down and two stream diversions were identified. A Mendocino County Sheriff’s Office K-9 aided in the arrest of one of the men, biting him in the arm. The man was treated for injuries at Ukiah Valley Medical Center. According to the release one parcel is held by a private land owner and the other is PG&E property — neither was involved in the grow.

Lieutenant Shannon Barney of the MCSO also commented that it was unlikely that this trespass grow had any so-called cartel connection.

According to a press release issued by the MCSO, the raid was conducted by County of Mendocino Marijuana Eradication Team (COMMET), a branch of the sheriff’s office, whose purpose is clearly indicated in their name. According to the release, the men were in separate gardens when law enforcement arrived. The older of the two brothers, Marcelino Bautista, 49, took off running, but tripped and hit his head, ending the chase. The younger brother, Celilio Bautista, 45, also ran, and the deputies on the scene sent a K-9 after him. Bautista apparently sprayed the dog with a hose to stop him, but the dog persisted and bit Bautista on the arm. At this point, according to the release, “The suspect then attempted to reach for a loaded .45 caliber handgun in his waistband but was unsuccessful and deputies were able to take him into custody.” The gun was stolen from a residence in Las Vegas, NV.

The release gave three different parcels as the location for the two grows, but in a conversation, Lieutenant Shannon Barney, explained that “A lot of times when they’re flying, they can’t narrow it down to the exact property line,” so the deputies ran the GPS coordinates, which returned with three possible parcels, but not all three parcels actually had a grow on them. Barney elaborated that, “Our main priority is going to be on trespass growing this year, so with some of the legalization we’re not necessarily concentrating on some of the smaller growers that might be legal.”

The press release described the brothers as “hispanic,” but did not provide a country of origin, and given the persistent rumor and that trespass grows may be connected to Mexican drug cartels we asked Barney if there was any connection here. Barney began by saying that the MCSO has no indication that the brothers Bautista are connected with a cartel, and went on to downplay the existence of any cartel links in the county.

He cautioned against thinking that anyone is connected with a cartel on the basis of race, saying, “By far the vast majority of hispanic grows are not cartels.” Adding, “Generally there’s probably a group, of family connections, and they might have some associates — doesn’t make them a cartel.”

Explaining a fairly standard pattern most grows a small groups of loosely connected family members, “You get a group here from, say, Michoacan — they might get four brothers that show up over different time frames…they’re all loosely related…That does not meet the definition of a cartel.”

He went on to describe the difficulty of even defining or proving what a cartel connection might be, saying, “I wouldn’t say we haven’t had any cartel activities within the County of Mendocino, but tying them into an actual cartel would prove to be very difficult….if they are in any way associated with a cartel they’re not going to tell us.”

Both brothers were listed as “transient” on the press release, Barney explained, due to the fact that they provided no residence, nor could one be located. Presumably they were staying at the grow.

Here is the press release from MCSO. Remember all people are considered innocent until proven guilty. The Mendocino Voice has not independently confirmed the details of the release.

Victim(s): People of the State of California

Synopsis: On 7/3/2017 Deputies with the Mendocino County Sheriff’s Marijuana Eradication Team (COMMET) responded to the 16000 Block of Powerhouse Road in Potter Valley in response to an earlier observation of several “trespass grow” marijuana gardens in that area.  There were three property parcels involved, one a private citizen owned and the other two belonging to Pacific Gas and Electric.  None of the land owners were involved in the marijuana cultivation.

Deputies entered the first garden and confronted a Hispanic male, later identified as Celcilio Bautista, working the garden and demanded he get on the ground. He refuse and ran.  Sheriff’s K-9 “Doc” was deployed as the suspect was thought to be possibly armed with a firearm.  The suspect attempted to divert the K-9 by spraying him in the face with a water hose.  The attempt was unsuccessful and Doc was able to apprehend the suspect by biting his arm and holding him.  The suspect then attempted to reach for a loaded .45 caliber handgun in his waistband but was unsuccessful and deputies were able to take him into custody.  The handgun was later determined to have been stolen during a residential burglary in the Las Vegas Nevada area.  Celcilio Bautista was later transported and treated for bite wounds at the Ukiah Valley Medical Center before being booked into the Mendocino County Jail.

Deputies then responded to the second garden where they confronted suspect Marcelino Bautista, Celcilio’s borther.  He too tried to flee but fell and hit his head on the ground.  Doc was again deployed but did not bite this second suspect as he gave no more active resistance.  Marcelino received a small injury to his head during the fall.  He too was later treated at UVMC and then booked into the County Jail. At a small tent located in this second garden a loaded .44 caliber magnum revolver was located.

Both men were booked into the Mendocino County Jail on the listed charges and are being held on $25000 bail.