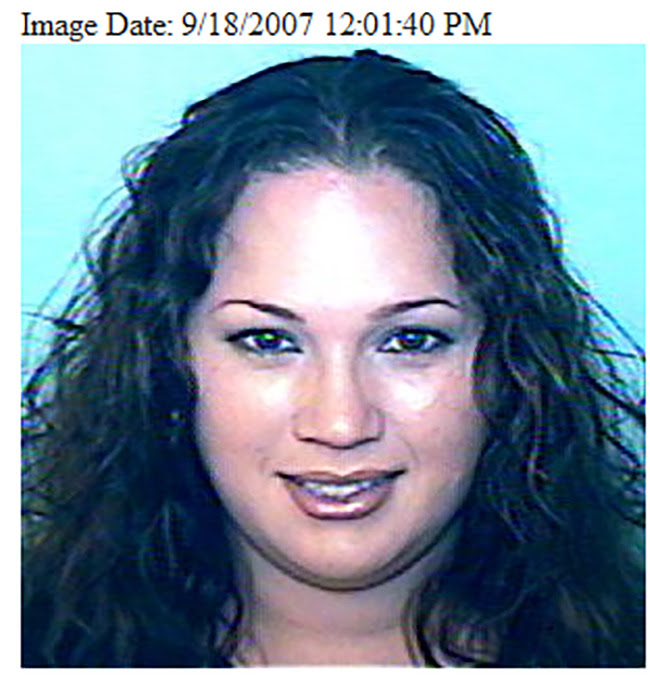 MCSO is seeking Kelley Coan, shown in a photograph from 2007. She is described as a white female adult, 5'06" tall, weighing approximately 140 pounds, with brown hair and hazel eyes, and is 39 years old. 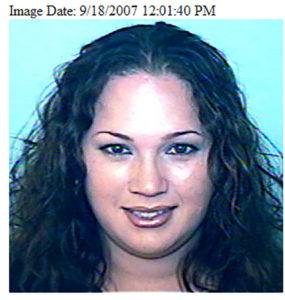 MCSO is seeking Kelley Coan, shown in a photograph from 2007. She is described as a white female adult, 5’06” tall, weighing approximately 140 pounds, with brown hair and hazel eyes, and is 39 years old.

UPDATED 6:20pm: Coan is now being held in custody in San Joaquin County on homicide charges without bail, and MCSO deputies are on their way to interview her. The victim’s vehicle has also been recovered and arrangements are being made to return the car to Mendocino County for examination as evidence. See the full update here.

2:30pm: We’ve included additional details about the search for the suspect and victim’s vehicle. Contrary to rumors on social media, according to law enforcement the search is ongoing. More information and how to contact MCSO with any tips is included below.

MENDOCINO CO., 5/24/17 — The Mendocino County Sheriffs Office is confirming, today, that Jamie Shipman, 57, who died yesterday in Caspar was in fact killed — and a murder investigation has been launched with the primary suspect, Kelley Ann Coan, 39, of Mendocino still at large.

Authorities have issued a murder warrant for Coan, based on evidence discovered at the crime scene, and are also seeking Shipman’s missing vehicle and any information about the incident. Coan’s description is below. 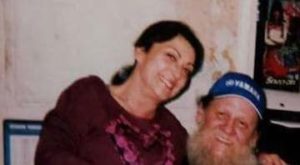 Deputies and emergency medical personal responded yesterday to a call reporting shots fired at about 8:30 am on the 42900 block of Little Lake Road (also known as Road 409) in Caspar. Deputies could not find anything upon first visit, as the area is located in a pygmy forest and can be dense with trees. After a subsequent call for medical assistance was made at around 11:12 am, deputies returned and upon their arrival found Shipman dead and her car missing. Coan is the primary suspect and police have issued a murder warrant for her in connection with Shipman’s death.

Coan is described as a a white female adult, 5’06” tall, weighing approximately 140 pounds, with brown hair and hazel eyes. MCSO has issued a murder warrant for her arrest. MCSO is also seeking Shipman’s vehicle, which is described as a 2009 Chevrolet HHR, California license plate #6JWT270 decorated with the words “American Repair Company”. A photograph of the vehicle is attached below.

According to MCSO’s Lt. Shannon Barney, despite rumors on social media the search for both the suspect and the vehicle is ongoing. Barney emphasized that the suspect should be considered “armed and dangerous,” and he cautioned anyone who sees the vehicle to “be a witness” and contact MCSO with any information, but not to approach the suspect. MCSO has received a variety of tips as to the car and suspect’s location and as of 2:30pm on May 24, and they are currently “chasing down” information that the vehicle may have been sighted on Highway 1 in Mendocino County. However, that tip has not been confirmed and Barney noted that the search for the suspect and more information continues.

Barney told The Mendocino Voice that Coan has lived with her 20 year old son on the same property as Shipman and her husband for several years; the Shipman’s residing there for about four years and Coan residing there for about six years although all are tenants on a multi-residence parcel owned by someone else. According to authorities, Coan was upset with Shipman and her husband over a property dispute that may have been the motivation behind the shooting, and verbal altercations between the parties may have occurred in the past.

No additional relationship between the parties, such as business relationships, are known at this time and cannabis is not believed to be a factor in the case. Barney stated that Coan’s son has been questioned by authorities but that “at this point there’s no lawful reason to hold him.” Barney added that Coan has had contact with law enforcement authorities on several occasions in the past but there is no previous law enforcement record of calls to service between the suspect and the victim.

Barney could not confirm whether a firearm was located at the scene, or whether the victim’s death was due to gunshot wounds at this time.

Anyone with information about Coan, the vehicle, or the incident are urged to contact MCSO’s dispatch at (707)463-4086 or the Sheriff’s Tip Line at (707)234-2100. More details are listed in the full press release below. MCSO will announce if the vehicle or suspect has been located and we will update with that information; until then the search should be considered ongoing. 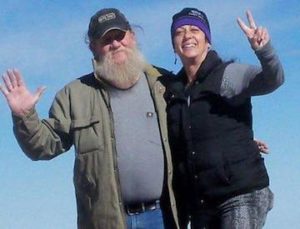 Jamie Dawn Shipman and her husband Steve owned the American Repair Company, a boat and marine engine repair company in Fort Bragg, according to Facebook. The insignia for the American Repair Company is on the side of Shipman’s missing vehicle, shown in the photograph below. Shipman attended Redlands High School and the University of Redlands in California where she studied psychology and languages, as listed on her Facebook page.

MCSO was assisted in their response to the incident by the Mendocino County District Attorney’s office, who aided in the use of a Faro 3-D laser scanner used to scan and recreate computer models of crime scenes, according to Barney. The California Highway Patrol also assisted in the incident response with a fixed wing aircraft, used to survey the area in an unsuccessful attempt to locate the victim’s vehicle. 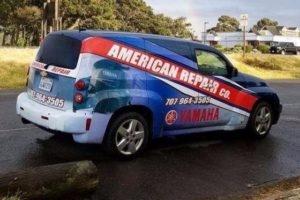 Here’s the full press release below. You can see the previous announcement about the suspicious death and missing vehicle here.

Synopsis: On 5/23/2017 around 8:36 AM the Mendocino County Sheriff’s Office received a call from a resident living in 42900 block of Caspar Little Lake Road in Mendocino who reported shots being fired west of his location.  A deputy was dispatched to the location, searched the area west of the reporting person’s location, as well as the main road, but did not locate anything suspicious nor did he hear shots being fired. This area is densely forested with pygmy forest with residences scattered on large parcels throughout the area.

Around 11:12 AM a medical aid call was received from a resident, who lives south of the original caller, requesting and ambulance for a female who was down and injured.  Medical units and Sheriff’s Deputies responded where they located victim Jamie Shipman, 57 years of age, deceased.  The evidence located at the scene indicated Shipman was the victim of a homicide.  Sheriff’s Detectives, assisted by investigators of the Mendocino County District Attorney’s Office, responded and assumed the investigation.

Detectives learned the victim and her husband have lived on the property for several years as did the suspect, Kelley Coan, 39 years of age, and her son, 20 years of age.  The investigation revealed the Coan was upset with the victim and her husband about a dispute related to the property they all lived on.  The victim’s vehicle was missing from the scene.  Evidence at the scene led detectives to believe Coan was responsible for the homicide and a warrant is being sought at this time for her arrest on a charge of murder.

The victim’s vehicle is still outstanding and is described as a 2009 Chevrolet HHR, California license plate #6JWT270.  A photograph of the vehicle is attached below.

Kelley Coan, shown in the attached photograph from 2007, is also outstanding.  She is described as a white female adult, 5’06” tall, weighing approximately 140 pounds, with brown hair and hazel eyes.

The Sheriff’s Office is requesting anyone with information related to the whereabouts of the suspect, the victim’s vehicle, or pertinent information about this case to contact the Sheriff’s Dispatch Center at (707)463-4086 or the Sheriff’s Tip Line at (707)234-2100.