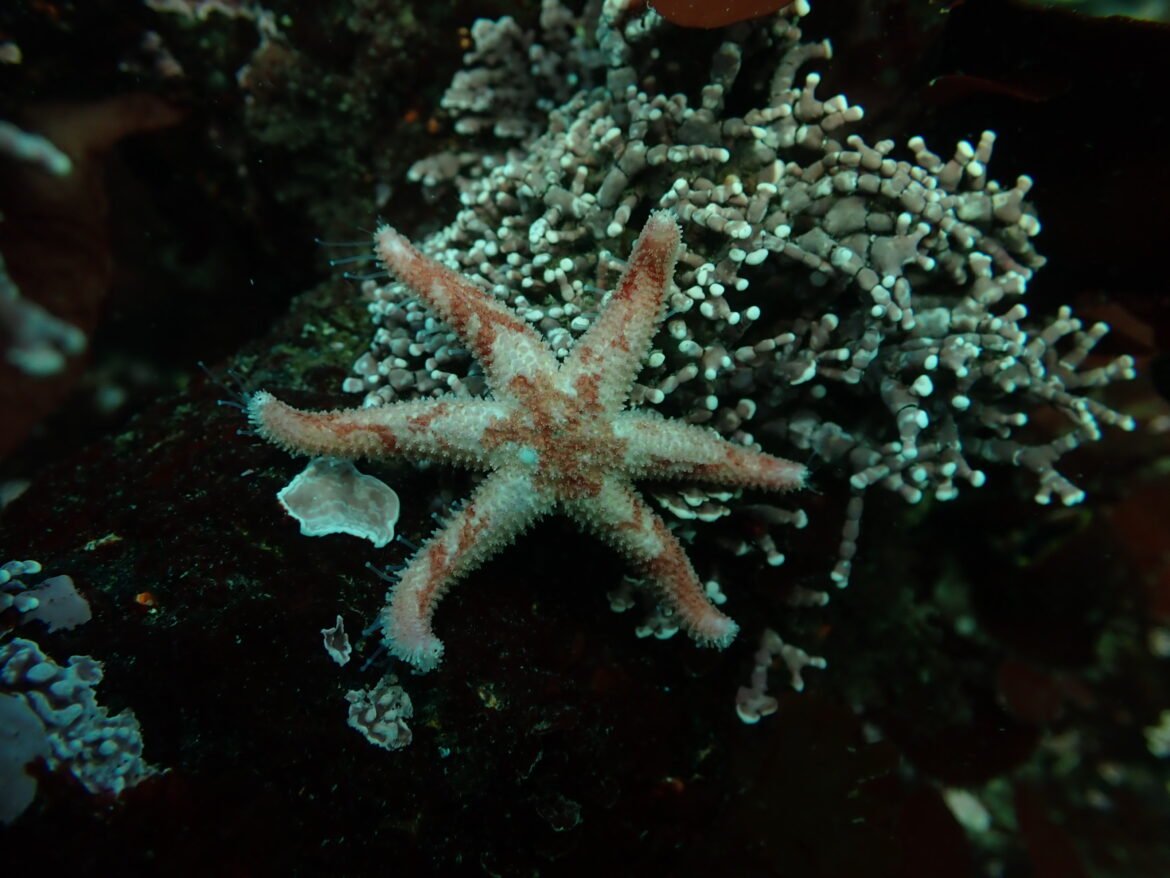 According to statistics from iNaturalist, 307 people made 2,814 observations over the four-day period. McHugh said she was “very surprised” to see that high a level of engagement, as far north as Crescent City and as far south as San Diego.

“Our partners at Cal Academy put a lot of this work together and made it happen,” she said.

Giant sea stars (pisaster giganteus), which can grow to more than a foot and a half in diameter, were observed seven times. This was especially exciting because sea star wasting disease severely affected this species.

Twenty-one different “bio-blitz” events were organized along California’s coastline, including one right here in Fort Bragg. Jo-el Houle of the Noyo Center for Marine Science told The Voice that around 45 community scientists turned up locally to search for sea stars.

The Noyo Center had a competition going for number of sightings, too. Here are the winners:

“In the name of community science, you braved the weather, and it was well worth it,” Houle wrote to the “stargazers.” Check out the constellation of stars observed on iNaturalist — and keep your eyes peeled!