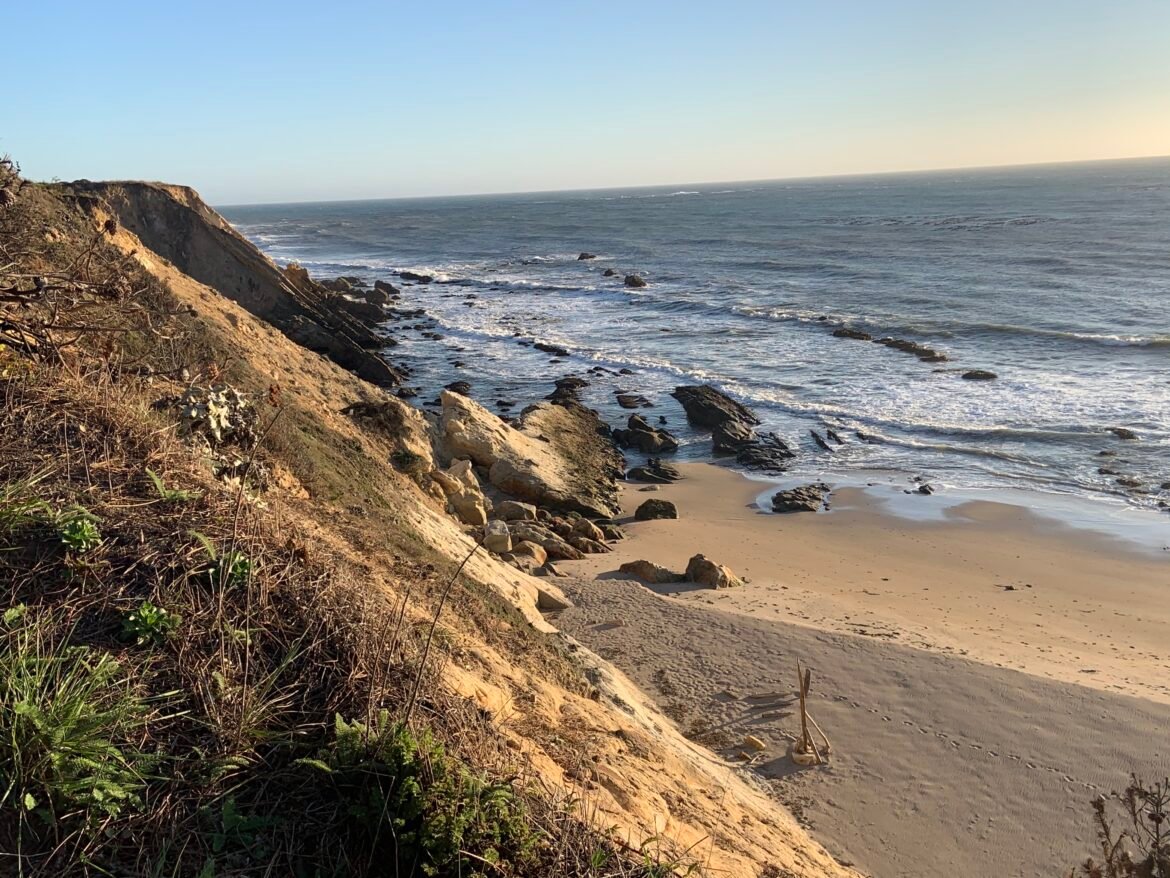 Point Arena’s LCP — and Mendocino County’s as a whole — currently does not mention sea level rise, though scientists project that California’s sea levels could climb more than five feet in the next 80 years.

In a talk this fall, Coastal Commission Chair Donne Brownsey speculated on a long list of spots in coastal Mendocino County that could be vulnerable. These included Arena Cove and its fishing pier, Noyo Harbor, Highway 1 at Van Damme State Beach, Albion River Bridge, campgrounds in Westport, and the berms west of Fort Bragg’s former mill site, among many other locations.

Point Arena will fund ESA’s work with a $100,000 grant from the Coastal Commission. If all goes well, ESA’s study will help Point Arena identify problem areas, use this initial information to seek support for further studies, and bolster the town’s infrastructure to adapt to a changing climate.

ESA advertises itself as a firm that drives “sustainable, resilient, and equitable solutions that shape a better world.” Louis White, a civil engineer with the company who’s spent 16 years specializing in coastal engineering, attended Tuesday’s council meeting and said the firm is enthusiastic about working with Point Arena.

“We’re surfers, so we really are drawn to places with waves and complex shorelines,” he said of his team.

With experience in erosion mapping, ESA hopes to pinpoint areas where Point Arena could be vulnerable to extreme weather events — much like a FEMA map — and overlay these with the possible impacts of sea level rise as hazards evolve over time.

ESA will also conduct an in-depth analysis of Arena Creek’s hydrology, using a global circulation model to understand how weather and precipitation impact the area, and so how water moves through the entire watershed.

“This would lay the groundwork for a more comprehensive study of the whole watershed,” City Planner Scott Perkins explained.

ESA plans to complete the entire project by May of 2023. Read the company’s full plan here, and watch the full City Council meeting here.