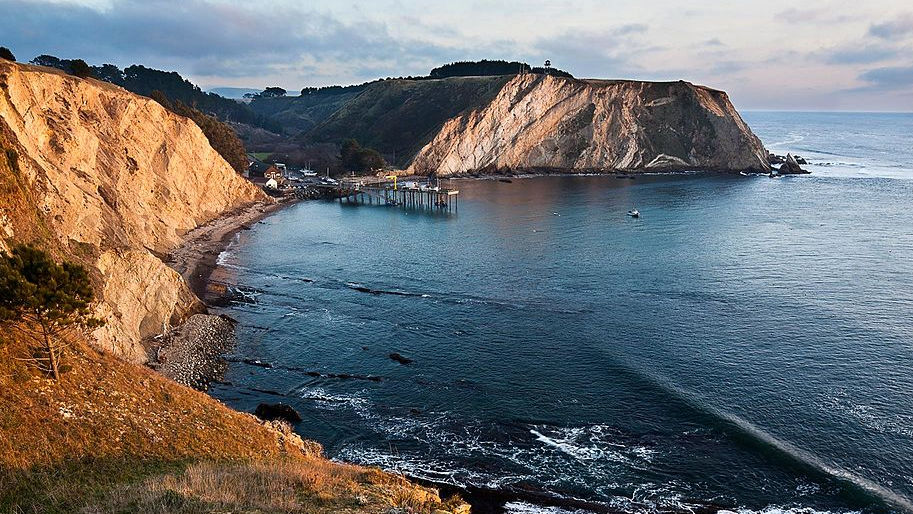 POINT ARENA, CA, 9/28/22 — The Point Arena City Council approved a request for proposals (RFP) at Tuesday night’s meeting and will now move to hire a consultant to assess the city’s vulnerability to sea level rise, with the goal of updating the Community Health and Safety element (CHSE) of Point Arena’s general plan next year. Currently, the plan does not mention sea level rise (SLR) at all — and scientists project that along some segments of California’s coastline, sea level could increase by more than five feet by 2100.

Sea level rise is primarily caused by melting ice sheets and glaciers, and by the expansion of seawater as it warms — both attributable to human-caused climate change, according to NASA’s factsheet on global climate change. Some estimates forecast that two thirds of California’s beaches could be underwater by 2050; scientists believe rising sea levels are also likely to bring heightened storm events, flooding, and erosion.

Impact to the infrastructure of coastal communities could be extreme. In an informational presentation on sea level rise with the League of Women Voters last month, Fort Bragg resident and Coastal Commission Chair Donne Brownsey offered a long list of Mendocino County sites she believes could be vulnerable, including Arena Cove and its fishing pier, Noyo Harbor, Highway 1 at Van Damme State Beach, Albion River Bridge, campgrounds in Westport, and the berms west of Fort Bragg’s former mill site (among many other locations).

She added that Mendocino County local coastal plans are decades old and do not address sea level rise.

“If a community knows its harbor is potentially a trouble spot with respect to sea level rise, [they can] plan now to strengthen the infrastructure in the harbor so that all of those businesses will still have a safe place,” Brownsey said.

The Coastal Commission has funding available to support these efforts; in August, Point Arena secured a $100,000 grant to analyze the impacts of sea level rise, which it expects will fund work on the project in full. The city hopes a consultant’s findings will lead to a better understanding of the social, economic, and infrastructural implications of rising sea levels in Point Arena, enabling informed updates to a General Plan that hasn’t seen revision since 1995.

The RFP approved in Tuesday night’s meeting, which will be open for proposals until Nov. 3, offers extensive direction to bolster understanding of potential sea level rise impacts in Point Arena. Possible tasks include:

According to Brownsey, our area is a bit of a black box when it comes to locally-specific data around rising sea levels.

“Clearly there’s a deficiency in the reporting for Mendocino County, so it would seem to me that this would need to be addressed fairly quickly and early,” Brownsey said. Fort Bragg hopes to update infrastructure in the Noyo Harbor District too, according to a July presentation to the Coastal Commission, to ensure resilience amid a changing climate.