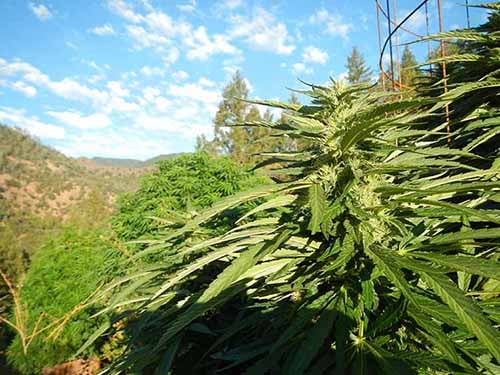 MENDOCINO Co, CA, 12/19/22 — The Mendocino County Department of Agriculture/Weights & Measures (AWM) has released its 2021 Crop Report, tracking local industries’ output and the revenue they bring in. The gross agricultural value of 2021’s commodities was $200,556,316, down about 10% from the prior year’s values; and notably, in what was to be the first year of its inclusion in the crop report, cannabis was not represented.

AWM staff shared in a memorandum to the Board of Supervisors that the county received only two responses to 1,300 surveys sent, intended to procure cannabis data. Further, AWM said that state Track and Trace (METRC) data which they’d hoped to use in the report is unavailable at the county level or through public records act requests. Staff wrote, “we do not feel at this time that presenting an estimated value of production is appropriate to include in the County’s Agricultural Crop Report, for which other crop production values are known and more accurately reported.”

The department recommended that Mendocino adapt its cannabis ordinance to require all permitted cultivators, processors, and nursery operators to provide METRC data at the county level.

“Without a change to require self-reporting, there’s not a lot our agriculture department can do to represent accurate numbers,” BOS Chair Ted Williams said in the supervisors’ meeting last week.

But according to Assistant Agricultural Commissioner Aaron Hult, the desired outcome from the crop report has been nebulous since the board first requested figures, spurred on by industry advocates and crop reports from other counties like Monterey. Hult said his department didn’t have the resources for the “extensive outreach” Monterey County was able to conduct, making attempts at data collection a “frustrating process.”

“For over three years now these cannabis figures have been long sought after and requested, but there was never any clear guidelines on what figures were requested ie. sales figures vs. value of total product harvested,” he wrote in an email to The Mendocino Voice. “There are big differences in what those figures represent and how those are collected and calculated. Each year being told that data would be available from the State and [METRC], we have waited longer in the year, past the tentative deadline of July to have the traditional crop report completion, and then having to scramble to request data from producers, [the] tax collector, MCA and such.”

That scramble has also exacerbated struggles on the cultivators’ end, Blaire AuClair of Radicle Herbs told The Voice. When the survey arrived in late September, she did not fill it out for several reasons; Firstly, it was the end of growing season; secondly, she’d heard from other cultivators that the form had been confusing; and most significantly, she and other cultivators have been inundated with filing tax forms, submitting and resubmitting licensing documents to the county, and keeping up with meetings shaping the future of their industry while navigating their role as small businesses amid upcoming corporate entry into the market.

“There has to be some sensitivity to what we have all been going through and the history of enforcement,” AuClair said in a phone conversation last week.

In the fall, Mendocino Cannabis Alliance (MCA) Executive Director Michael Katz shared with AWM around two dozen anonymized data reports it had collected. Hult wrote, “MCA has been very helpful over the last two years, and are mainly responsible that we were able to produce a cannabis report for 2020.” Though similar data was used to create 2020’s addendum to the crop report, AWM found this slice of the market insufficient in the long-term to accurately calculate cannabis revenue generated by more than 1,000 operators.

“Moving forward, we didn’t feel it was the best avenue to continue down,” Hult explained. “We collaborated with the Cannabis Department to use a production calculator tool, but even at its lowest estimate, it was producing a figure that was astronomical compared to the value we submitted for 2020. Again, at best, this was just a best estimate without more reliable input into the calculator, and we didn’t want to open ourselves up for certain scrutiny.”

AuClair recognizes that trying to produce a report is well-intentioned; the data offers a valuable look at one of Mendocino County’s key exports, and can be used for advocacy by farmers, trade associations, and coalitions like MCA, “to show how important cannabis is for the county and the economy.”

But from where she’s standing, some things need to change. AuClair disputes AWM’s recommendation to use self-reported METRC data to calculate revenue. She explained that when local farmers input their cannabis data into METRC, it’s only reflecting the amount they send to distributors. What ends up selling can fluctuate; some flower is rendered unusable by smoke damage or other concerns, and products might sit for a year before they’re sold.

Further, she recommends that surveys be truly anonymized (the actual form this year was anonymous but had to be submitted through email, snail mail, fax, or in person), as simple and straightforward as possible, and sent out in January or February to track the previous year’s data while avoiding busy seasons and accounting for a slow supply chain.

Katz said the demoralizing nature of “focusing on survival” in an industry on a rocky, regulation-strewn path to legalization may also have contributed to the dearth of reported data.

“One reason for the low response rate could be that the entire community is well aware that hundreds of operators have been targeted for denial, with MCD projecting that only 200-300 local operators will make it through to their annual licenses,” he wrote. This figure came from the cannabis department’s Dec. 7 response to a board directive on how cannabis will factor into upcoming budgeting.

The department added, “we have no way to identify which farms this will be nor can we identify the size of these farms[,] making it impossible to determine a projected tax revenue amount.”

This number would represent around a quarter of original cultivators who entered the legalization process. Meanwhile, supervisors have been concerned about the legality under federal law of Mendocino County’s equity grant program, which was funded at the state level, in a gripe that has mystified local cannabis advocates.

“With the lack of action from the Board to affirmatively support local operators remaining in the regulated market, and the myriad of complicated and onerous requirements, on top of the rigors of farming and all the responsibilities folks have just living today, people are at the very ends of their ropes, and focusing on survival,” Katz wrote to The Voice.

AuClair said her farm has been “super lucky” this year, as they produce 22 products and work on their own packaging and branding. But she explained that many other farmers are not able to easily put on all the hats required to make that kind of business work.

“I don’t think that our success is an example of what everybody else is going through right now,” AuClair reflected. “We’re making it. We’re not thriving. We have debt and we’re still putting things on credit cards, but we’re not looking at fallowing. … In the messed-up situation that our industry’s in right now you could call that success, unfortunately.”


Note: Kate Fishman covers the environment & natural resources for The Mendocino Voice in partnership with a Report For America. Her position is funded by the Community Foundation of Mendocino, Report for America, & our readers. You can support Fishman’s work with a tax-deductible donation here or by emailing [email protected]. Contact her at KFishman@mendovoice.com or at (707) 234-7735. The Voice maintains editorial control and independence.