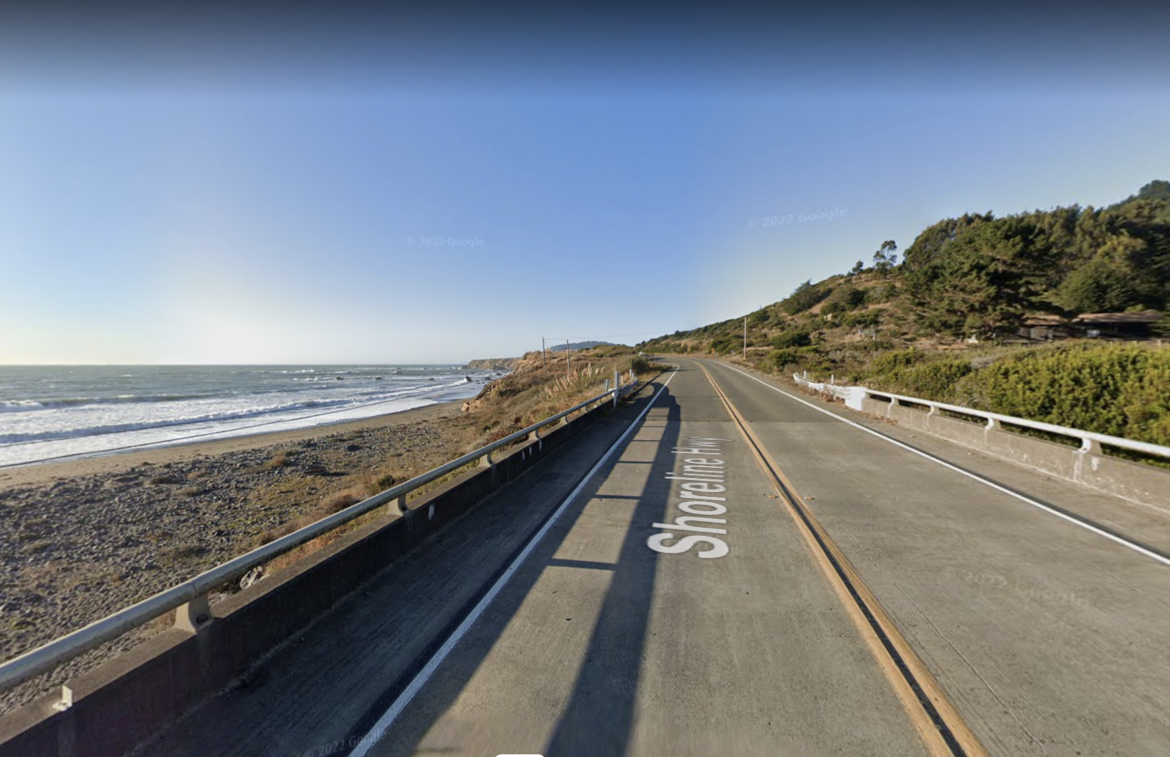 Part of the DeHaven Creek Headlands, as seen from Highway 1. (Google Maps)

Though small in numbers, this community is a fierce guardian of its natural and cultural resources; Westport was home to an estimated 229 residents in 2022, but in its 30-year tenure the WVS had previously received three grants from the Coastal Conservancy to manage oceanfront land.

Donne Brownsey, a member of the Conservancy, said she appreciated being able to tour the property on Thursday afternoon. She said that  when she’d been on the property before, she hadn’t realized it was not public land.

“Such a tiny community, and you achieve this huge new conserved beach and headland for the people in the state of California,” she said. “As a local resident, I just want to thank you from the bottom of my heart.”

According to the Conservancy’s staff recommendation document, much of Westport is considered disadvantaged with a median income of $39,028, such that protecting this land would safeguard it from the hands of private developers and conserve its cultural and natural resources for community use. The property is also valuable to local tribes in subsistence fishing, resource-gathering, and traditional activities, according to Friday’s presentation; the possibility of tribal co-management has been discussed with the Cahto Tribe, the Coyote Valley Band of Pomo, and the Sherwood Valley Band of Pomo.

“Westport Village Society invited other tribes with an interest in the area too, and they will continue to broaden the outreach based on suggestions received from tribal representatives,” said Project Manager Lisa Ames, who delivered the staff report to the Conservancy.

Prior to project approval, WVS said over 50 donors helped raise more than $25,000 in the past six months. The landowner also pledged to split costs of appraisal, phase one environmental review, title insurance, and closing costs.

“What I’d like to focus on is strong community support and tribal support we’ve received at several meetings hosted this year,” WVS Vice President Thad Van Buren said at Friday’s meeting. “That support included not only promises of assistance and general support, but also generous donations from those disadvantaged communities. WVS is pleased to commit those funds and promise services to help this project succeed.”

In acquiring and conserving the property, WVS plans to prioritize the protection of cultural resources, open space, natural resources and habitat, and public access and beach recreation across this large swath of coastal land about 19 miles north of Fort Bragg, much as it did with the nine acres of oceanfront land known as the Westport Headlands. The DeHaven Creek Headlands are also a valuable habitat for wildlife, including salmonids; WVS hopes the acquisition could support fisheries resilience.

“Westport Village Society will prepare a resource management plan that will address potential public access amenities, which could include improvement to the informal trail adjacent to the [Westport-Union Landing State Beach], a new beach access trail and parking area south of DeHaven Creek, and the design of one half-mile of new coastal trail along the coastal terrace,” Ames said. “The plan will also address appropriate activities for public beach recreation, and will include natural resource enhancement recommendations and an adaptive management component.”

Read more about the project in the staff recommendation document, and learn more about Westport Village Society here.