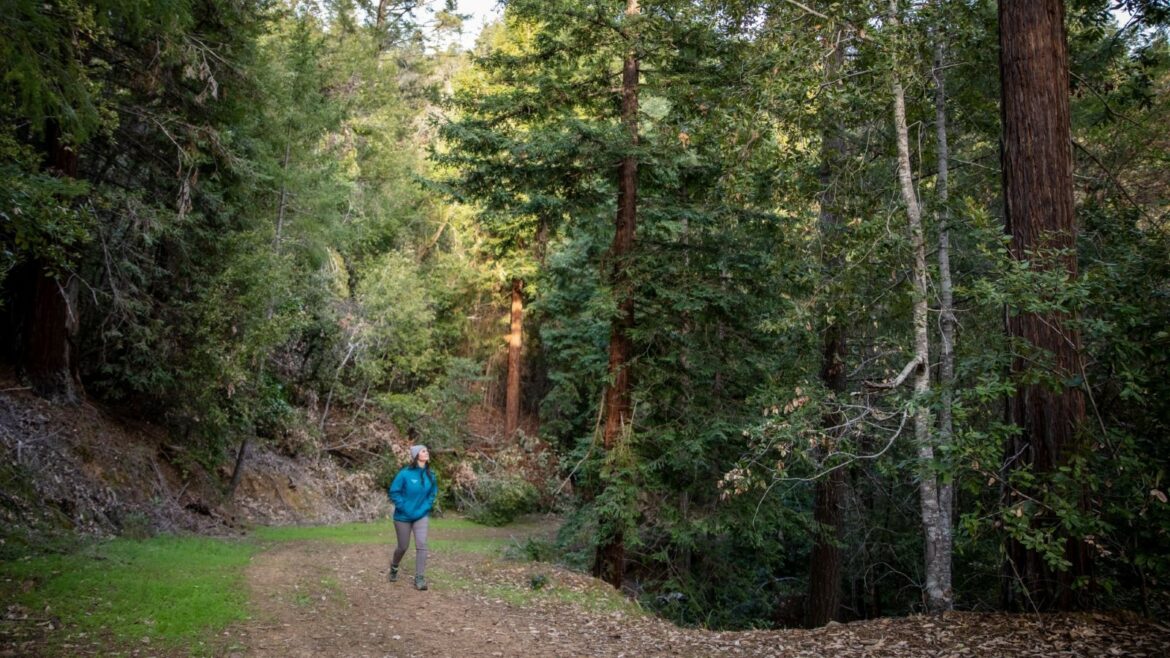 Photo by Max Forster, courtesy of Save the Redwoods League.

UKIAH, CA, 9/27/22 — The San Francisco-based nonprofit Save the Redwoods League has purchased the 453-acre coast redwood forest known as Atkins Place in Mendocino County, ahead of a hoped-for eventual merge with Montgomery Woods State Natural Reserve. Improvements to the park began in September and will eventually include new and upgraded trails, a new bridge, and other recreational amenities.

This purchase is the latest move in a mission to both protect redwood groves in our area and create more opportunities for hiking and outdoor fun, according to a news release from the organization.

“Montgomery Woods and the forests around it comprise a strikingly beautiful and ecologically important corner of the coast redwood range, for both recreational visitors and conservation,” Save the Redwoods League President and CEO Sam Hodder said. “Coming northwest from the city of Ukiah, when you descend into the valley and reach the park, it’s like you’ve arrived in another world of ancient, towering trees, blankets of ferns and welcoming streams. It is a unique and special place.”

Beyond its notable Douglas Fir and redwood growths, which range in age from 50 to 90 years, Atkins Place is a critical habitat for a variety of species including endangered steelhead trout and coho salmon, foothill yellow-legged frogs, and northern spotted owls — as well as northern goshawks, white-tailed kites and other raptors. The forest has been privately owned and managed for timber logging for decades.

“After several years of planning with Save the Redwoods League, we are thrilled to be partnering on a multimillion-dollar project in the Montgomery Woods grove of old-growth redwoods,” said Terry Bertels, superintendent of the Sonoma-Mendocino Coast District of California State Parks.

The League plans to own and manage Atkins Place before transferring it to California State Parks in the future. The total cost for the Montgomery Woods Initiative — including the purchase and stewardship of Atkins Place — is $5.3 million. Thus far, individual donors have contributed $1.3 million to purchase and care for Atkins Place; The League hopes to raise $1 million at its annual fundraising event, “Take Me to the Trees,” in San Francisco next month to complete the Atkins Place acquisition.

The California Natural Resources Agency awarded the League $550,000 in acquisition funding for the purchase of Atkins Place through its Environmental Enhancement & Mitigation program. Google made a $188,000 gift through its partnership with the International Living Future Institute and its Living Building Challenge, a certification program that requires new projects to meet certain environmental metrics. Nearly 3,000 individual donors gave to the campaign, including the Clark Family Fund, the Pitzer Family Foundation, and the Daniel Ross Gallie Trust.

“This project will allow more visitors from near and far to experience the reserve in ways that are most meaningful to them,” said Jessica Carter, director of parks and public engagement for the League. “The improvements will create short and long loops, places to gather as a group or have a picnic and opportunities to learn and reflect.”

According to its release, Save the Redwoods League has protected more than 37,500 acres in Mendocino County to date. Recently, the League purchased the 3,181-acre Lost Coast Redwoods property and donated a 523-acre redwood forest known as Tc’ih-Léh-Dûñ to the InterTribal Sinkyone Wilderness Council, returning Indigenous guardianship of the land. You can read our coverage of that here.