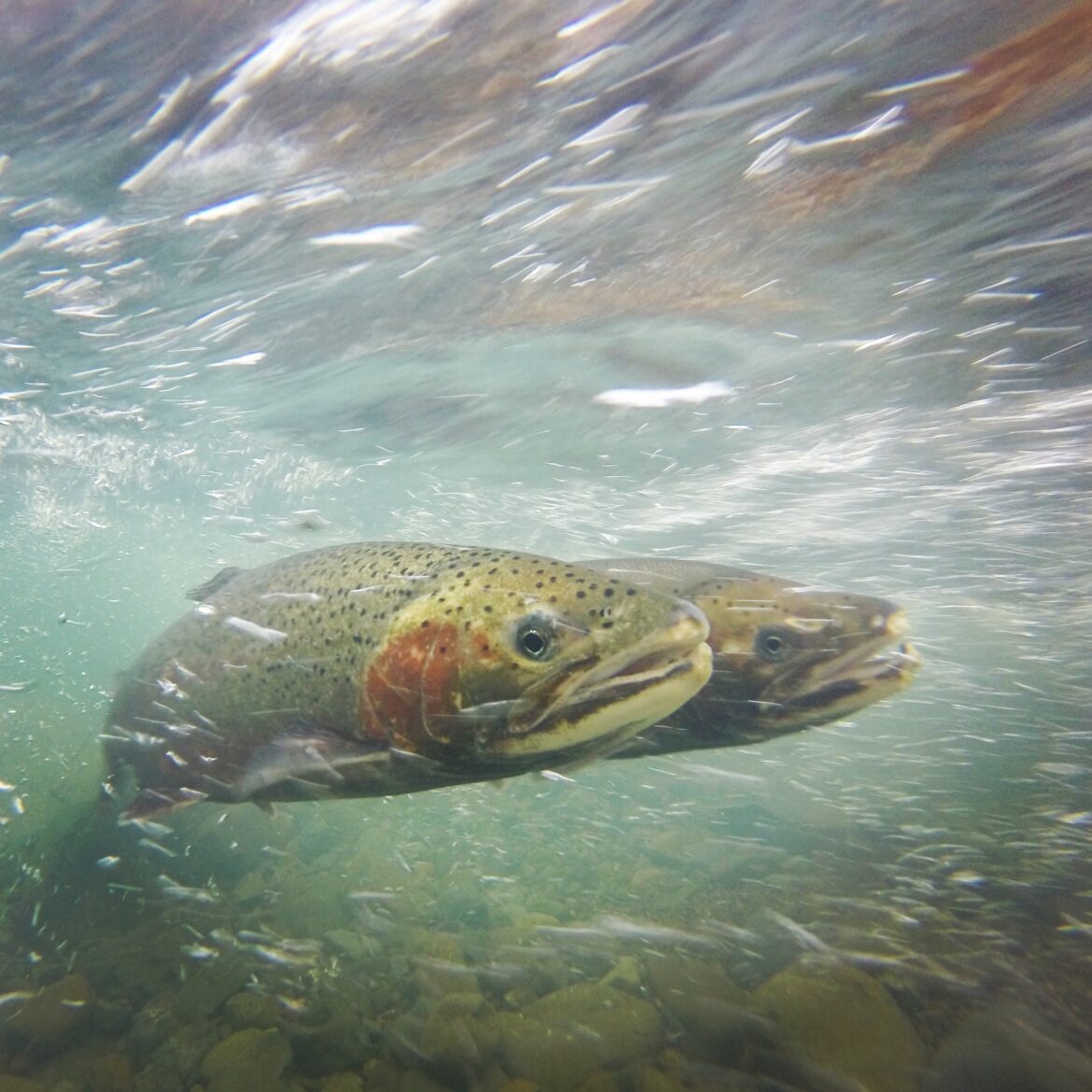 MENDOCINO COUNTY, CA, 8/16/22 — A coalition of five conservation and fishing groups has filed a lawsuit against the Federal Energy Regulatory Commission (FERC) in federal court over alleged Endangered Species Act (ESA) violations in operating the Potter Valley Project. The hydropower project diverting flows from the Eel River to the Russian River is set to be decommissioned, and FERC recently approved Pacific Gas & Electric (PG&E)’s proposed 30-month timeline for creating its final decommissioning plan.

On Aug. 15, Friends of the Eel River, California Trout, Trout Unlimited, Pacific Coast Federation of Fishermen’s Associations, and the Institute for Fisheries Resources sued FERC in the U.S. Ninth Circuit Court of Appeals, asking the court to modify the Annual License FERC recently issued for the Potter Valley Project, in order to comply with the ESA. According to the suing groups, the project’s conditions for “take” — or harm to protected Chinook salmon and steelhead trout populations — are no longer authorized following the recent expiration of its 50-year license and the expiration of a 20-year Biological Opinion from the National Marine Fisheries Service.

The Project’s 50-year license expired three months ago on April 14, and these groups filed a notice of intent to sue against both PG&E — which runs the Project — and FERC the next day. Trout Unlimited California North Coast coordinator Charlie Schneider told The Mendocino Voice in July that in the intervening time it seemed PG&E “plan[s] on doing exactly nothing more” to support fish populations “unless forced to.”

The groups have only sued FERC at this time.

“This litigation is the first step in making sure FERC and PG&E protect Eel River salmon and steelhead while working toward dam removal,” said Alicia Hamann, executive director of Friends of the Eel River, in a news release. “PG&E operates the fish-killing project, but FERC can change the terms of PG&E’s license to ensure that legally protected salmon and steelhead survive.”

The lawsuit alleges that the project limits salmon and steelhead access to critical pieces of their habitat, closes fishways at key moments in their life cycle due to reduced water flows, encourages otter predation by virtue of fishway design, and facilitates inhospitable temperatures in violation of the ESA. Many of these issues were outlined in a March letter from NMFS, requesting eight interim protective measures for fish.

“NMFS has made clear that, as currently operated, the dams are killing and harming far more fish than anybody thought when the current license terms were developed 20 years ago,” Hamann said.

But PG&E disputes that the project harms these threatened populations.

“There are a multitude of adverse influences along the approximately 160-mile-long Eel River corridor that affect salmonids and PG&E believes its operations benefit salmonids by storing and providing water that otherwise would not be available for release, particularly during dry seasons,” Paul Moreno, Marketing & Communications principal for PG&E, told The Voice in a written statement last month.

Further, while conservation groups hope for dam removal, PG&E has not decided “whether facilities will be removed or remain in place,” Moreno told The Voice.

“Salmon and steelhead populations on the West Coast are really struggling right now, and along with them our coastal and inland communities that rely on salmon and steelhead for food and jobs,” said Vivian Helliwell, watershed conservation director of the Pacific Coast Federation of Fishermen’s Associations. “The science is clear: restoring the Eel River by removing the outdated dams is incredibly important to our fisheries throughout northern California, and restoring the Eel River is not just good for the fish, it’s part of keeping our river systems healthy, which benefits us all.”

Learn more about the circumstances leading to the lawsuit from our article earlier this month: Salmon, steelhead conservation groups plan to sue PG&E, allege ESA violations

Correction: An earlier version of this article incorrectly stated that the environmental groups sued PG&E. While notices of intent to sue were filed against both PG&E and FERC, ultimately the groups only sued FERC at this time.