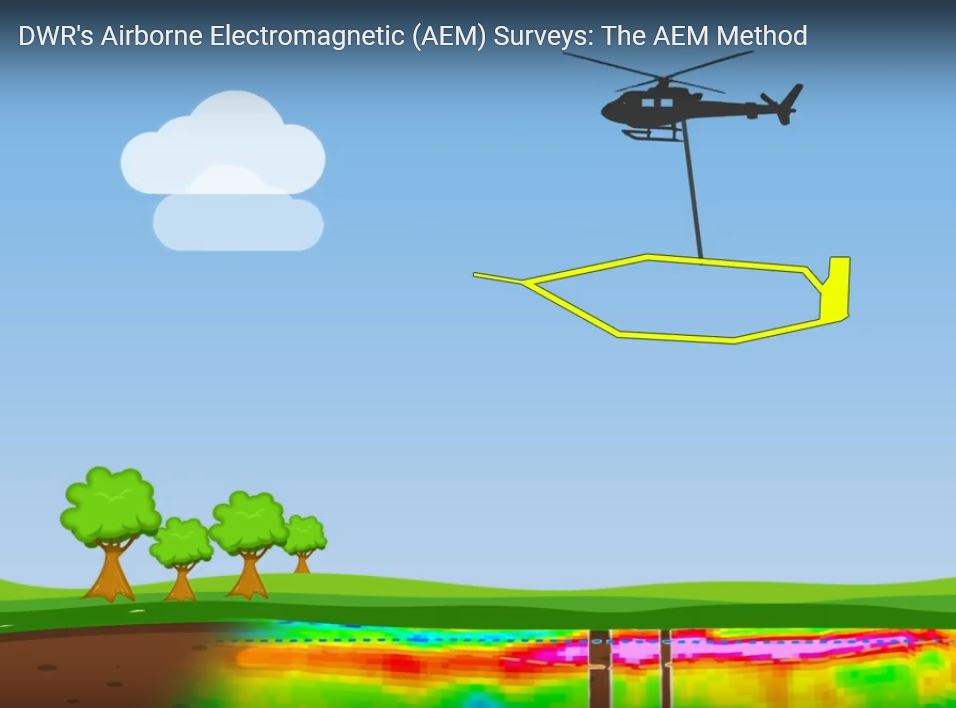 MENDOCINO Co., 11/2/21 — The California Department of Water Resources (DWR) is planning to survey the underground aquifer structures with the use of a low-flying helicopter starting Nov. 11, according to a press release issued by Mendocino County this afternoon. The aircraft will be “towing” an Airborne Electromagnetic (AEM) rig described as a “large hoop with science equipment” around Ukiah as well as parts of neighboring counties. Pilots will be making multiple passes over some areas and may very well be visible to residents.

“The AEM method is safe, and surveys have been conducted successfully in several locations throughout California,” county staff wrote. “Surveys will be conducted during daylight hours only, and the helicopter will not fly over businesses, homes, other inhabitable structures, or confined animal feeding operations.”

The pilots are expected to be flying about 100 feet off the ground, and the data collected should allow them to create a geologic picture of large-scale aquifer structures going down about 1,000 feet. That information should come in handy for the Ukiah Valley Groundwater Sustainability Agency’s Groundwater Sustainability Plan. A survey schedule from the state is available here. You can find the initial release below: