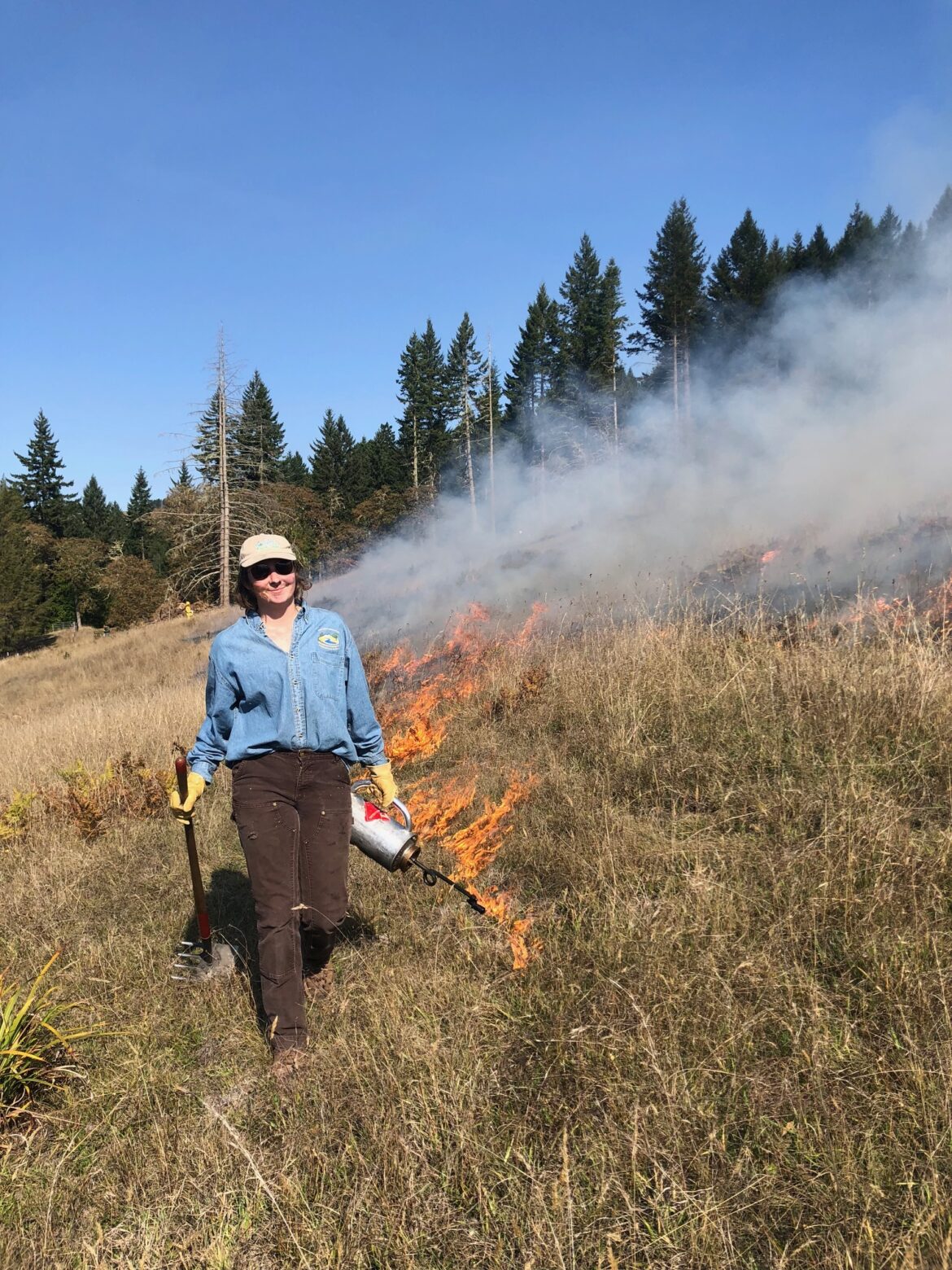 MENDOCINO Co., 9/25/21 — Last month, the federal government adopted a blanket policy of suppressing all fires on its forestlands until fire conditions nationwide improve, a departure from its recent move toward expanding the use of prescriptive fires for environmental benefit. Fire and forest scientists like Lenya Quinn-Davidson, the University of California Cooperative Extension’s area fire advisor and director of the Northern California Prescribed Fire Council, think decisions like that should be made locally.

“It would be very wise to really bring those decisions back to the local level,” Quinn-Davidson said, “back to the people who are on the ground, who know their forests and who know their burn plans. Let them make the choices because having someone in Washington D.C. make management decisions for the whole country, it just doesn’t make sense from a fire perspective.”

Quinn-Davidson was among 41 fire and forest scientists who signed onto a letter asking Randy Moore, chief of the U.S. Forest Service (USFS) to reverse course on a decision to effectively stop prescribed burns in the country’s national forests until the fire risk nationwide subsides and resources become more readily available. “We are in ‘triage mode’ where our primary focus must be on fires that threaten communities and infrastructure,” Moore wrote in his Aug. 22 letter informing staff of the decision.

Having a blanket policy for the entire country doesn’t make sense when weather conditions vary drastically from region to region, the scientists wrote to Moore. “While California and the Northwest are burning this summer,” the letter states, “the Southwest is having an exceptionally wet monsoon and conditions are now optimal for safe and effective fire use in many locations.” Resource managers need to be able to do those prescribed burns during the windows when conditions are favorable or else a fire could start when conditions can turn what was manageable into something uncontrollable. The Forest Service’s chief hasn’t responded to that letter yet.

Angela Chongpinitchai, Mendocino National Forest’s fires planner and fuels specialist, said she couldn’t speak for the chief, but said prescribed burns remain a priority for the agency and will resume once conditions allow for it. Moore’s letter states, “When western fire activity abates, we will resume using all the tools in our tool box, including wildfire and prescribed fire in the right places and at the right time.” Mendocino Forest staff have been working on a 688,700-acre prescribed fire and fuels reduction project since Aug. 2019. That project is currently undergoing an environmental review process and an assessment should be available for public review this fall. Right now, she said conditions in California aren’t ideal for prescriptive fire.

Quinn-Davidson agreed that despite the rain over the weekend, “which was really lovely,” there are still multiple active fires across the state. However, even conditions within the state vary. “I’d say here in Humboldt County, we’ve got some areas that could benefit from prescribed fire this week,” Quinn-Davidson said. “But given the resource drawdown and the amount of fire activity we’re seeing in other parts of the state, it probably doesn’t make sense to be putting fire on the ground in a lot of places right in California.” But conditions could become prime in more places for prescriptive fire and it remains to be seen if the chief will change course when that happens, she said. “We’re just going to have to wait and see,” Quinn-Davidson said.