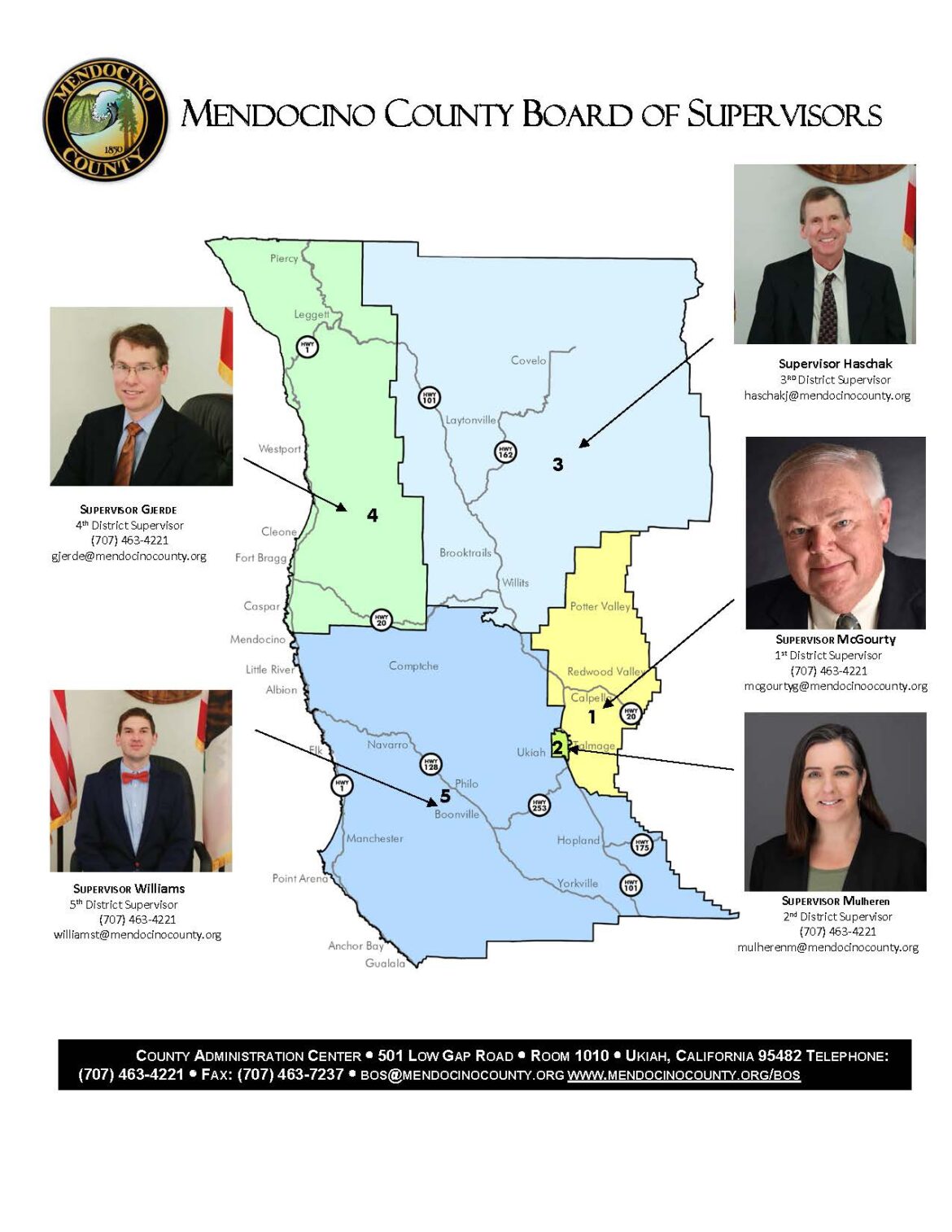 MENDOCINO Co., 9/5/21 — Over the next three months the once-per-decade process of redistricting is going to change how we vote in Mendocino County, and which candidates show up on our ballots for the next ten years. Last time this happened in 2011, the North Coast lost popular congressional representative Mike Thompson (D-St. Helena) whose hometown was shuffled into California’s Fifth District. This time around local organizers say they want to keep the Second District together as a unified North Coast to protect the ocean, but if Marin County gets separated Rep. Jared Huffman (D-San Rafael) could likewise get caught on the other side of the adjusted district line.

The Mendocino County Advisory Redistricting Commission is holding a virtual public workshop at 6:15 p.m. Tuesday to begin the process of redrawing supervisory and congressional districts based on population data from the 2020 Decennial Census. Like most functions of democracy, what happens next is not entirely up to us, especially at the state level. Mendocino County gets a seat at the table and a voice in the process, but so do all the other counties in California.

Locally, however, supervisorial districts may get adjusted based on uneven population growth. Some voters, particularly in unincorporated county areas, may end up in a different district with a different supervisor as a result. Your participation could have a big impact on that — and it will all be over by Dec. 15.

Tuesday’s workshop will seek to provide an overview of the redistricting process, gather comments from the public and familiarize participants with the mapping tools that will be used to redraw district boundaries. Additional details about the meeting are available on the agenda.

The commission held an initial meeting Wednesday, Sept. 1, and the full video recording is available on the county’s YouTube channel. A public hearing is scheduled to go before the Board of Supervisors Sept. 14. Check back with the Mendocino Voice for additional coverage this fall.