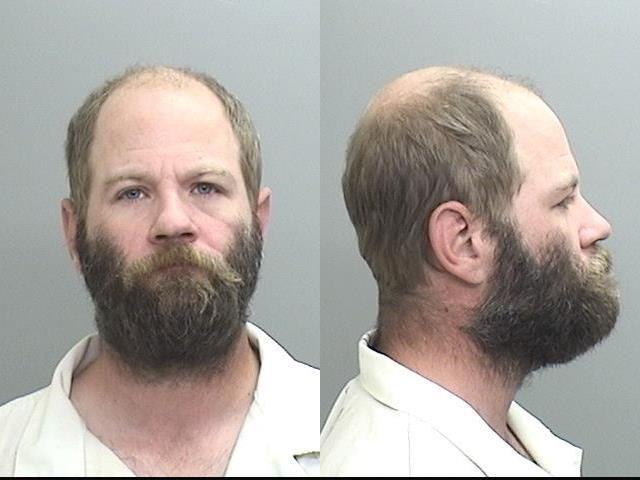 MENDOCINO Co., 9/29/21 — A 39-year-old Minnesota man accused of killing his sibling near Westport two weeks ago did it for financial gain, according to a criminal complaint filed by the Mendocino County District Attorney’s office. Mark David Schwinghammer from Brooklyn Park was booked into the county jail Sept. 13 on suspicion of murder in connection with the suspicious death of Timothy Sweet — who was found at the bottom of a cliff near the Westport Cemetary.

Investigators said deputies were dispatched to a residence in the 37000 block of N. Highway 1 for a welfare check around 11:15 p.m. Sept. 12. Schwinghammer allegedly sent a threatening text message to a relative, and Sweet had apparently wandered away from the residence. About 40 minutes later they contacted Schwinghammer, who allegedly claimed Sweet had gone to the beach to collect mussels. Deputies searching near the cemetery found Sweet at the base of a rocky cliff, partially submerged in the incoming tide. Firefighters recovered Sweet’s body (and a deputy who went down to secure it) by way of rope rescue and everybody was out of the water by 3:45 a.m.

Based on their initial examination of the scene and Sweet’s remains, as well as an autopsy conducted Sept. 15, investigators allege that Sweet was assaulted and his death was a suspected homicide. Schwinghammer remains in custody on no-bail status. His initial court appearance was made by video Sept. 15, but his arraignment has been delayed until at least Oct. 7. He has been charged with murder, with special enhancements alleging that he committed the crime for financial gain, and that he did it by lying in wait. Schwinghammer allegedly also has a prior strike from 2006 for aggravated robbery in the first degree in Chisago County, Minnesota. Attorney Mark Kalima, who court records indicate has been retained to represent Schwinghammer, did not respond to a request for comment on his client’s behalf Tuesday.