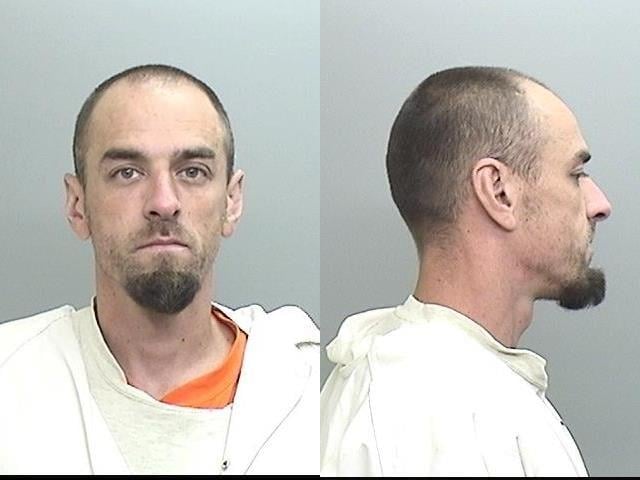 MENDOCINO Co., 8/23/21 — A Redwood Valley resident was found guilty last Thursday of first-degree murder in the drive-by shooting death of Joel Mendoza-Gonzalez Aug. 17, 2020, in Covelo. This is the second murder on the lengthy criminal record of Jameson Wolfgang Jackson, who also killed Brooktrails store-owner Joan LeFeat in 2001 when he was just 15.

Jackson, now 36, was tried as a juvenile in that case and served seven years, although his then-15-year-old accomplice, Christopher Matthew Coleman, was tried as an adult and is serving a life sentence in state prison. Jackson was released in 2008, according to prosecutors, and on parole until 2010 — but his court records include misdemeanor arrests for driving under the influence in 2011, contracting without a license in 2012 and domestic violence in 2019.

Mendoza-Gonzalez’s murder led to a manhunt in the Covelo area last August, with residents and workers in the vicinity of State Highway 162 and Biggar Lane (near the “downtown” area) urged to shelter-in-place while law enforcement officers from multiple agencies searched the area. Jackson was spotted near Mina Road two days later and apprehended amid ongoing evacuations due to a wildfire. Jailhouse records indicate that he was booked into jail seven minutes before midnight on Aug. 18, 2020 — just in time to spend his 35th birthday in custody on Aug. 20. Bail was set at $2 million and he did not post bond.

Jackson turned 36 in custody this weekend, and faces the possibility of life in prison without parole when he returns to court for sentencing at 9 a.m. Sept. 16. Court records indicate Jackson was represented by the office of the Mendocino County Public Defender, which could not immediately be reached for comment. The case was presided over by Judge Keith Faulder and prosecuted by Assistant District Attorney Dale Trigg. Jackson’s attorneys could not immediately be reached for comment.