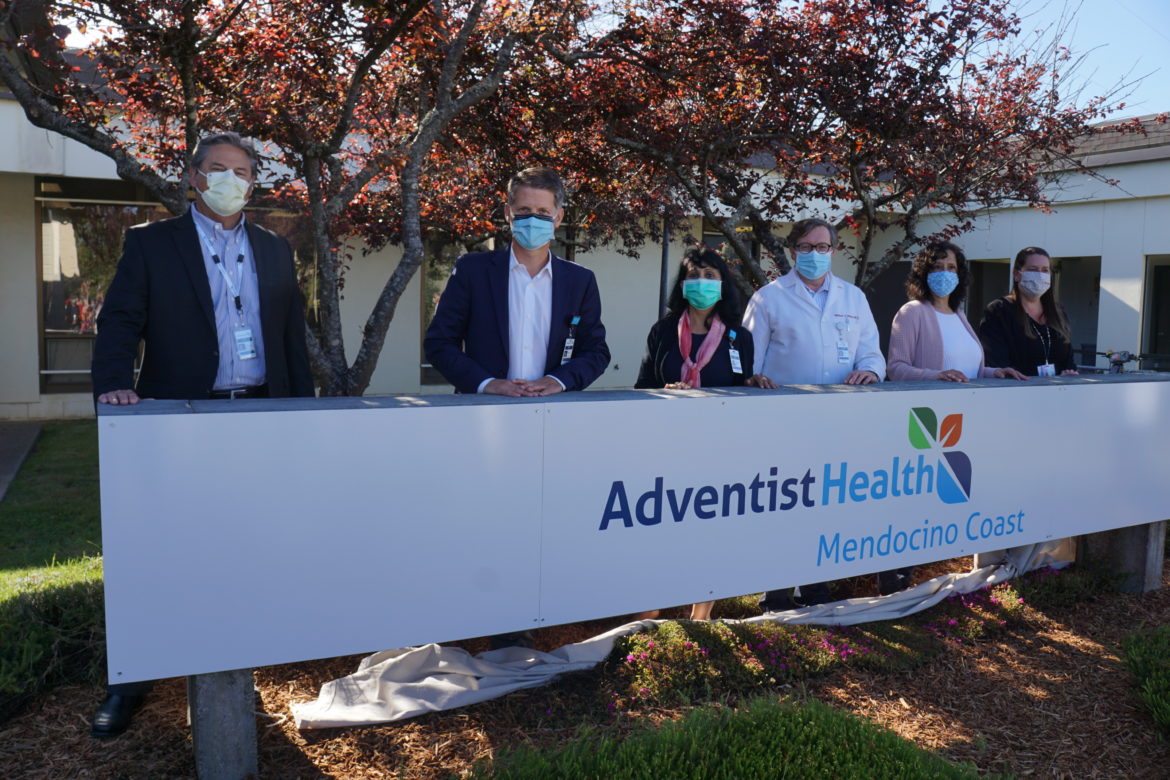 Miller Report for the Week of June 21, 2021; by William Miller, MD; Chief of Staff at Adventist Health – Mendocino Coast Hospital.

Our hospital opened its doors on June 26th, 1971, following the formation of the local hospital district in January 1967.  There will be a celebration open to the public this Sunday, June 27th, from 10:00 AM to 1:00 PM.  We will have food, live music, giveaway prizes and displays that depict the journey our hospital has taken over the past 50 years.  This will be an open-air event outside on the hospital grounds and will follow all CDC and State Health Department guidelines for making it a safe gathering.  Please, join us and bring your friends.

There are many local doctors, nurses and support staff who have been here for much of our history.  Dr. Jason Kirkman arrived shortly after the new hospital opened and worked as an assistant in the laboratory.  I interviewed him to get his perspective on the history of our beloved hospital.

Jason:  I was in college at the time and that summer my mother moved here from Southern California and I helped her move.  I was considering going to medical school and so I got a job working in the lab as a glassware washer to see if healthcare was a good fit for me.  I found that I liked it and soon I was shadowing some of the local doctors.

J: It was a bit of the wild west compared to today.  Medicine was totally different then, especially rural medicine.  If you knew how to do something, then you did it.  There wasn’t much specialization.  For example, all doctors on staff were obligated to do a stint in the emergency room.  There weren’t dedicated ER docs like today.  Also, there wasn’t the specialty of hospitalists.  So, you worked seeing patients in clinic and rounded on your own patients in the hospital.

W: Did the physicians that you shadowed have an influence on you becoming a doctor?

J: Yes. We had some really well-trained physicians.  The two giants walking the halls at the time were Dr. Don Thomas, who was an excellent general surgeon who also had trained in thoracic surgery.  Dr. Don Hahn was the other one.  He was an internal medicine doc who had an incredible wealth of knowledge.  In fact, he helped bring a number of us young internists to the community, folks like Buzz Graham, Jeff Berenson, Jim Swallow and me.

W: What was the hospital like when it first opened?

J: Well, there were a lot more beds, even a four-bed ward.

W: I think there were 48 beds and two four-bed wards.

J: The emergency room was also only four beds.  The new ER wasn’t built then, instead that was the doctor’s parking lot.  As a doctor, you would come into the hospital through that entrance.

W: And the med-surg units, what were they like?

J: Pretty much as they are today.  Station 2 looks exactly the same as it did in 1971 except for the new flooring.

W: What can you tell me about the nurses who worked here when it first opened?

J: They were really good, just like our nurses are now.  I always had a lot of respect for the nursing staff.  Even then, just like today, they were very interested in the quality of patient care.  I remember two in particular, Doris Shannon and Nancy Tulley.  They have both passed away since then.  Nancy always wore her white nursing uniform with the white cap.  They were both really great.

W: So, you were here as a college student in 1971 and then you came back after residency.  Tell me a bit more about yourself in those early years of your career.

J: Well, I was originally interested in pediatric cardiology.  And that is mostly about congenital abnormalities.  2-D ECHO was just coming out and so I got interested in echocardiography in my third year of medical school.

W: And what year was that?

J: I graduated from UC San Diego School of Medicine in 1979.

W: So, when did you return to Ft. Bragg as a physician?

J: I have always believed in this place.  I have seen it go through thick and thin, but I believe we have always provided good care to our patients.  It has come very near to closing several times.  This is now certainly a new day with the affiliation (with Adventist Health).  That has been such a good thing.

All previous Miller Reports are available on the website www.WMillerMD.com.