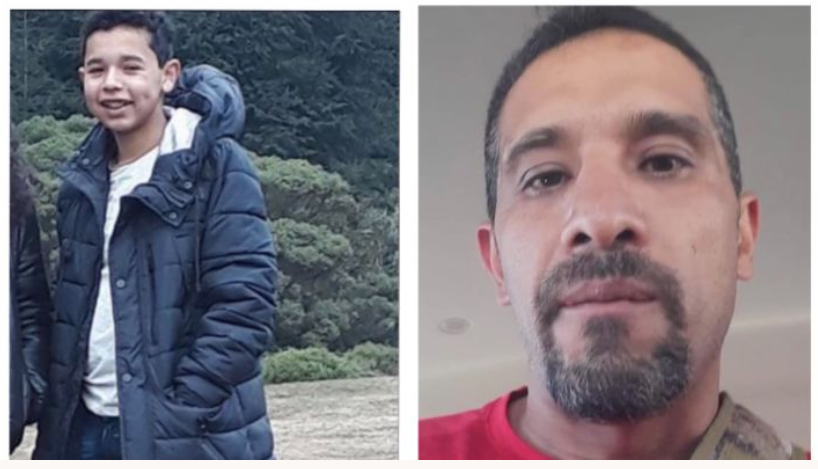 WILLITS, 5/9/21 — Christopher Gamble, 46, will be in court on Tuesday, May 11, to enter a plea in the murder of Ulises and Anwar Ayala, a father and son who were killed north of Brooktrails on April 26. The pair were initially listed as missing, but their bodies were later found on a cannabis farm in the 200000 block of Timber Rd.

Gamble has been accused of two counts of murder, in addition to “cruelty to another’s animal.” He had an initial arraignment April 28, but it was continued till this coming Tuesday. The district attorney’s filings in the murders are sparse on details, though they do note that the killing was done with a firearm.

A GoFundMe crowd funding campaign has been started for the two victims, by friends of the family. According to sources, the money is being raised to repatriate the two bodies back to Mexico for burial. (gofundme.com/f/ulises-and-anwar-ayala_

Here is the original press release from the MCSO:

On 04-27-2021 Sheriff’s Detectives located the deceased bodies of two unidentified persons in connection with this ongoing active missing persons investigation.

On 04-27-2021 Sheriff’s Detectives arrested Christopher Wayne Gamble, at the Mendocino County Jail, on the following charges in connection with the discovery:

Gamble was previously arrested on 04-25-2021 and booked into the Mendocino County Jail by Sheriff’s Detectives during this investigation on the following charges:

853.7 PC  –  Misdemeanor Arrest Warrant for failure to appear in court

Gamble is currently being held at the Mendocino County Jail on a No Bail status.

Further information is not available for public release at this time because this remains an active ongoing investigation.

Sheriff’s Detectives are continuing investigations in the 20000 block of Timber Road and will continue to do so overnight and tomorrow.

When further information becomes available for release it will be disseminated by a subsequent Sheriff’s Office press release.

Since yesterday the Mendocino County Sheriff’s Office has been investigating a suspicious double missing persons case associated with a marijuana/cannabis growing operation in the 20000 block of Timber Road in Willits, California.

Sheriff’s Office personnel have been in the 20000 block of Timber Road since yesterday and are expected to be in the area for several days in connection with the active ongoing investigation.

Further information for public release is not expected for several days because of the complexity of this active ongoing investigation.

When information becomes available for release it will be disseminated by a subsequent Sheriff’s Office press release.