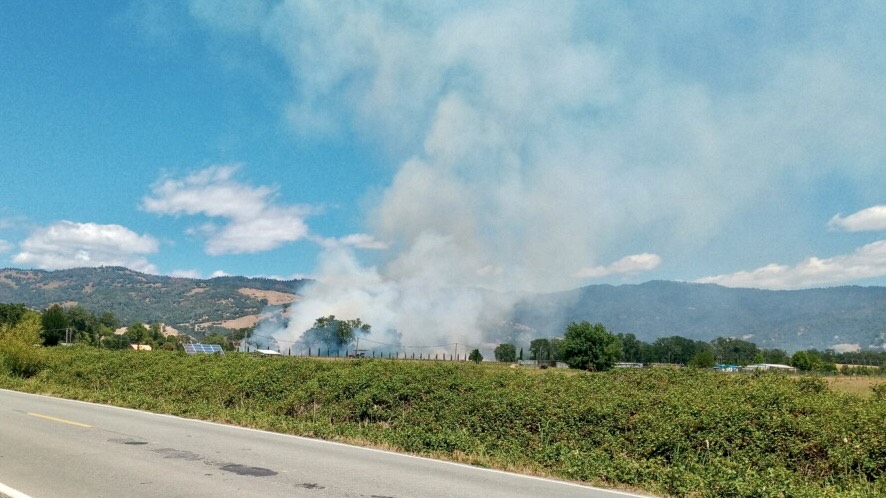 UPDATED 5/24/21 — The fire in Potter Valley, dubbed the Mid Fire, that began on Sunday afternoon is now 100% contained, according to an announcement from Cal Fire’s Mendocino Unit. The fire reached nine acres in size but was quickly brought under control within of a few hours of the start.

WILLITS, 5/23/21 — A small brush fire is burning in Potter Valley, east of Eastside Valley Road between Pine Ave. and Burris Lane. The fire does not appear to be threatening any structures at the moment, and there are at least four or five fire trucks on the scene, along with at least one utilities truck from Pacific Gas & Electric. No word yet on the cause of the fire.

The fire is burning in an agricultural area, in what appears to be a hay field, according to a reader on the scene. Firefighters are getting a handle on the blaze, though there is some concern as the typical winds pick up through the afternoon. Eyewitness reports indicate that the amount of smoke is already diminishing as of 1:50 p.m. Scanner chatter also indicates the firefighters are making good progress.