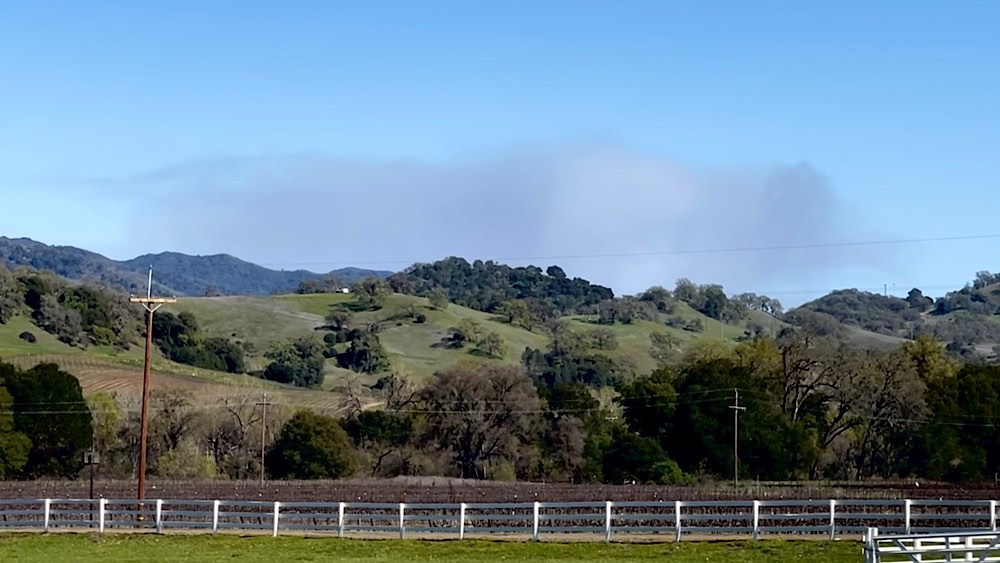 HOPLAND, 3/28/21 — A set of controlled burns happening in the Highland Springs area of Lake County are putting off major smoke plumes, which are visible from inland Mendocino County, and have caused some concern.

However, fire authorities in Lake County have confirm that (for the time being) these fires are controlled burns, apparently on private ranch land, and not out of control wildfires. The fires are burning west of Kelseyville, east of Hopland, and south of the 175.

Yesterday a controlled burned somewhat near that area, got out of control, fire being the fickle beast that it is. Both Hopland Fire and Cal Fire had to respond to tame the blaze.

Such burns will be common in the coming months, so expect to see the occasional beneficent smoke plume through the spring.