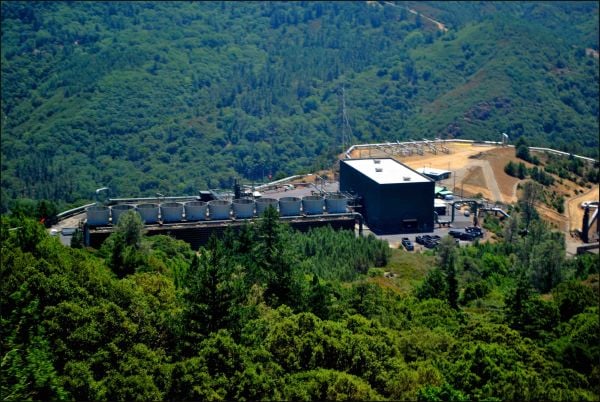 MENDOCINO Co., 10/19/20 — Geysers Power Company, which owns the largest geothermal energy field in the world, agreed to pay $2.1 million to the state in a settlement agreement over purported violations connected to their fire protection systems. The California Energy Commission, a state agency, discovered the alleged violations at six of Geysers plants in Sonoma and Lake Counties during a routine inspection in spring of 2018. As part of the settlement, Geysers, a subsidiary of Houston based energy company, Calpine, has also said they will update their fire protection systems. Geysers Power Company has neither disputed nor admitted to any of the alleged violations.

The California Energy Commission, which enforces building codes and monitors power plants to ensure they are safe for the environment, public health, and employees, sent out a press release on Monday, November 16, announcing that they had reached a settlement with Geysers. Pursuant to state law, the $2.1 million agreed upon will go to the states general fund.

Geysers Power Company manages geothermal power plants, which create energy by taking very hot water or steam from the ground and piping it to the surface of the earth where it powers turbines that can generate electricity.

According to Geysers Power Company and the California Energy Commission, the alleged issues with the fire protection system did not result in any fires.

However, The Geysers geothermal field was the site where the 2019 Kincaid Fire began. PG&E power lines that cross through the field ignited the fire.

The six plants where the California Energy Commission claimed to find fire systems violations are all located in The Geysers, a geothermal field located in the Mayacamas Mountains of Napa, Sonoma, and Lake Counties. Nineteen of the 22 geothermal power plants in The Geysers are owned and operated by Calpine, including all six of the plants that The California Energy Commission alleged to have violations. Neither representatives from Calpine or Geysers responded to requests for comment.

In terms of potential megawatts of energy, The Geysers is the largest geothermal field in the world. The field could potentially generate 1,517 megawatts of energy, enough to power 1,517,000 homes. Currently, 18 geothermal plants are in operation. The 18 plants could produce enough energy to power up to 900,000 homes, according to PowerTechnology, a trade publication for the energy field.

In the press release on the matter, the California Energy Commission wrote, “Ensuring the safety and reliability of California’s existing power plant fleet is foundational to the Energy Commission’s work,” said CEC [California Energy Commission] Executive Director Drew Bohan. “We appreciate the Geysers Power Company’s rapid response to address these important issues and the company’s cooperation in reaching the settlement which saves state resources by avoiding further investigation and enforcement action.”