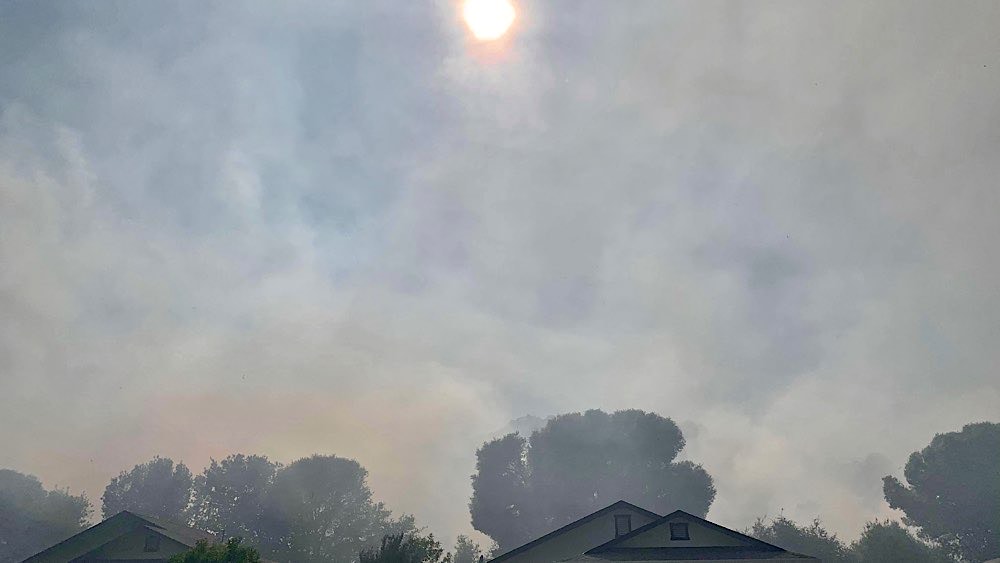 UPDATE 6:15 p.m. — The Mendocino Sheriff’s Office has sent out a Nixle alert saying that the fire in Calpella is now contained.

Here is the Nixle, “THIS IS THE MENDOCINO COUNTY SHERIFF’S OFFICE ADVISING THE FIRE IN CALPELLA NEAR MILE MARKER 29 ON HIGHWAY 101 HAS BEEN FULLY CONTAINED AND THERE IS NO FURTHER CAUSE FOR CONCERN”

UPDATE 5:30 p.m. — According Mendocino County Sheriff Matt Kendall Cal Fire is preparing to conduct a large backfire operation to the south of the fire in Calpella, between the fire and some residences, in an effort to keep the fire from expanding into any populated areas. The fire began along the 101 as a set of small spot fires, and spread uphill and west from the highway, into an area of brush and high grass, but was not immediately threatening any homes. There is currently an evacuation warning withing a half mile of the fire.

Kendall characterized the fire as not moving much, though he noted the smoke was moving south. There are residences to the south of the fire, and Cal Fire’s backfiring operation seeks to ensure those remain safe — however, it will mean a great deal of smoke will be visible across the Ukiah Valley, and near Ukiah. This increase in smoke will be due to an intentional backfiring, not the wildfire.

ORIGINAL
MENDOCINO Co., 5/9/20 — A brush fire that started around 3 p.m. in Redwood Valley has been mostly controlled at around five acres in size, thanks to the quick work of Cal Fire and the Redwood Valley Fire Department. That fire was burning near the junction of West Rd. and Tomki Rd. Forward progress on that fire was stopped around 4 p.m., though mop up continues.

However, a second set of small spot fires were started about an hour later in Calpella, this along the western side of the U.S. Route 101. Sheriff Matt Kendall said that the fire was of the kind often seen started in warm weather due to a chain being dragged behind a truck. This fire has forced the closure of the southbound lane of the 101. Ukiah Valley Fire, Cal Fire, and Redwood Valley Fire responded to this fire, along with the California Highway Patrol.

Both fires were putting off substantial smoke as of 5 p.m. And Nixle alerts were sent for both fires. It does not appear at this time that they are related.