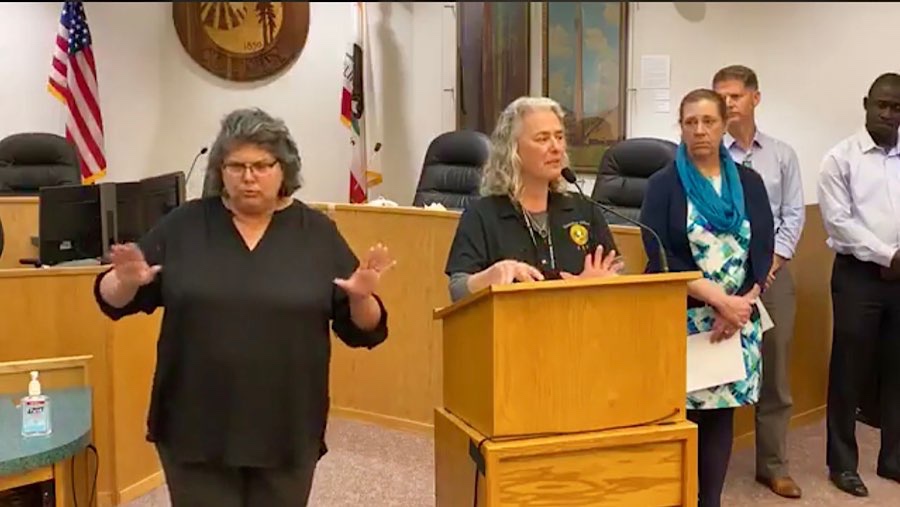 Update 1:30 p.m.: Mendocino County’s Interim Public Health Officer, Dr. Noemi Doohan, has been delayed returning to the county from a trip to San Diego due to flooding and slides at her San Diego home, according to a message Doohan posted on Twitter. Doohan is currently planning to return to Mendocino County on April 15 after repairing damage at her San Diego residence. The full tweet can be read here.

MENDOCINO Co., 4/13/20 — The Mendocino County Board of Supervisors have scheduled an emergency remote meeting for Tuesday, April 14, to cover the current state of the coronavirus within the county, and to potentially extend the contract of the current interim Public Health Officer Dr. Noemi Doohan, who initially planned to take a position in San Diego in early March, until December 31, 2020. The meeting will also include a number of items scheduled for the consent calendar.

The meeting will start at 9 a.m. on Tuesday, April 14 and will be held remotely, as the previous two meetings have been, and broadcast live on the county’s youtube. The agenda can be seen here, including consent calendar items, and comments can be emailed in advance to [email protected], as well as emailed during the meeting. You can also call in to the meeting to submit public comment by registering at this online form prior to Tuesday, April 14 at 8 a.m.

Dr. Doohan had initially planned to take a position at Scripps Mercy Hospital in Chula Vista in March, but subsequently has committed to staying “through the pandemic,” and in a recent interview with The Mendocino Voice, she noted that had currently extended her start date with her San Diego employer until mid-summer (watch here). Doohan recently took a trip to San Diego for two weeks, where she has been working remotely, and stated that she was scheduled to return on Saturday, April 11. However, as of the morning of Monday, April 13, Doohan’s return to the county had been delayed for unspecified reasons, according to a Facebook post from Mendocino County Public Health.

Doohan’s initial contract in the interim public health officer position, as a contractor billing hourly, was to be from August through December, 2019, but has subsequently been amended three previous times, including in September and December of 2019, and most recently on March 4. The newest contract is from June 30, 2020 through December 31, 2020 and raises the total amount Doohan can bill the county from $125,000 to $225,000. The initial contract specifies a rate of $125/hour and a minimum of $250/week while the contractor is “on call,” plus various eligible re-imbursements including trainings and approved travel expenses.

The supervisors’ agenda also includes a number of items on the consent calendar, and a number of public comments already submitted, primarily from residents expressing concern about the shelter in place order, ranging from wanting access to beaches and golf courses, to concern about other people not following the pandemic regulations.