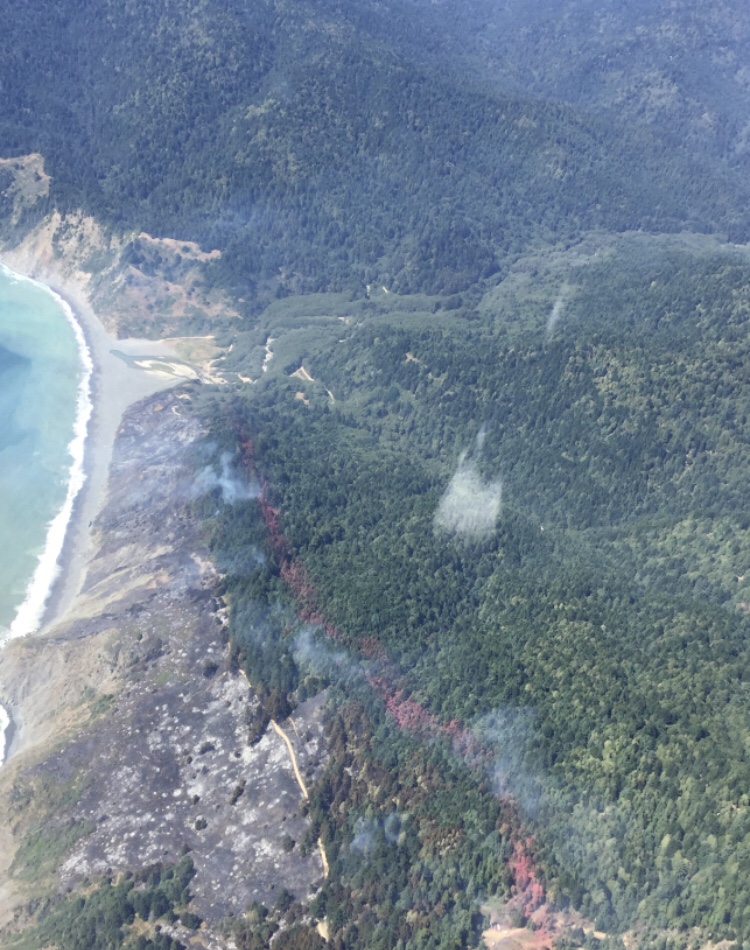 UPDATE 7:05 p.m. — Containment has grown to 45 percent, and the fire has not grown in size, according to Cal Fire’s evening update at 7 p.m. No further information was provided on the agency’s current incidents page, but we will include further details as they become available.

MENDOCINO Co., 7/29/19 — The Usal Fire, which was first reported Saturday night, has not grown overnight and remains at 130 acres in size, according to an update this morning from Cal Fire, and containment reached 40 percent, up from 30 percent yesterday afternoon. Cal Fire doesn’t not expect the fire to grow in size, and is conducting mop up procedures within the perimeter. However, due to the extremely rugged nature of the land, those opperations may take some time.

A total of 200 personnel are working on the fire, including six crews, one helicopter, ten engines, four dozers, and more, according to Cal Fire on Twitter. All people who were sheltering in place at the Usal campground were able to leave that area yesterday. You can read our report from yesterday here.