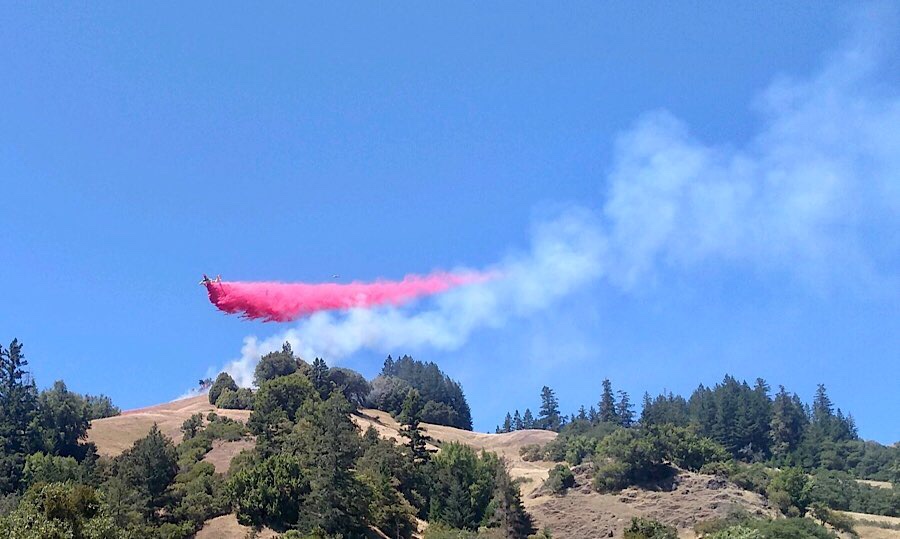 UPDATE 4:00 p.m. — The fire is now under control and likely contained.

Both air and ground resources have been recalled, but a smaller contingent will likely stay to deal with hot-spots.

It appears that it reached at least two acres in size but we will try to get a more accurate number.

MENDOCINO Co., 6/22/19 — A vegetation fire has broken out in the vicinity of Williams Ranch Road, south of Willits, and fire crews are along the scene, and an aerial response with between three or four CalFire planes is underway. The fire was first reported around 2:20 p.m., and was initially reported at around half an acre, with a slow rate of spread and is being called the Williams IC.

Reports from sources nearby indicate that the helicopters are dropping retardant on the neighboring hills. There is a full wildland response underway.

This article is based on developing information and will updated as more info becomes available.