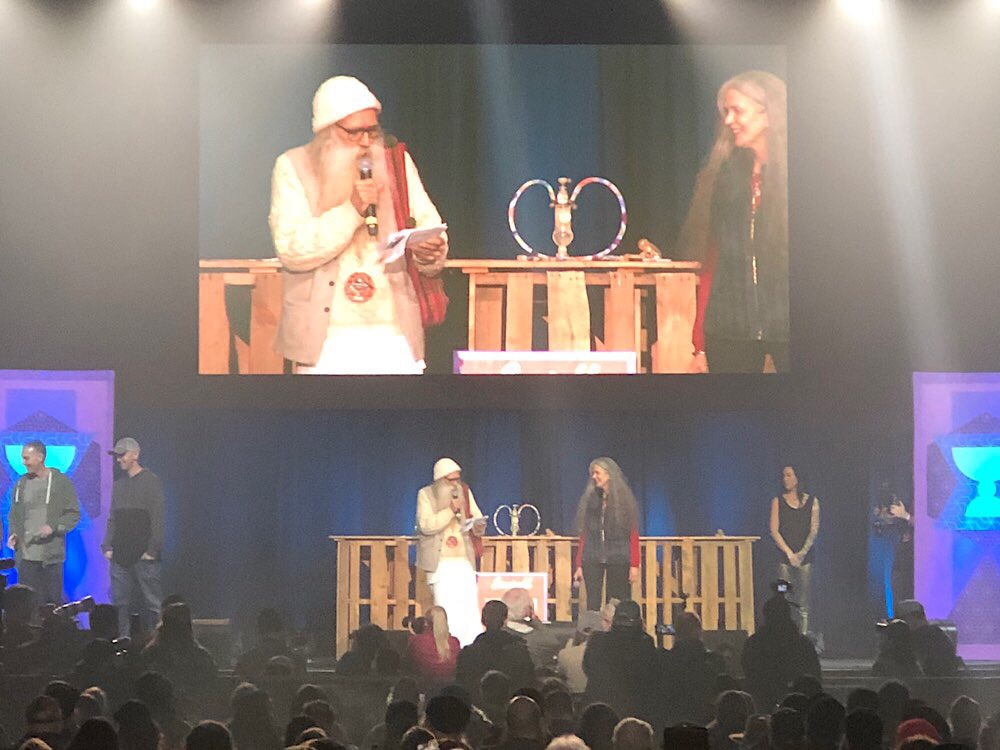 MENDOCINO Co., 12/20/18 — California’s new recreational cannabis market is nearly one year old, and it’s been a rocky transition for the cannabis industry, with many former underground farmers struggling to navigate a shifting regulatory landscape while competing in the new market against start-ups funded by Wall Street investors and tech companies. The growing pains of this transition were evident at this year’s Emerald Cup, a competition founded by Laytonville’s Tim Blake in Mendocino County 15 years ago with a focus on organic, sun grown cannabis, billed as the oldest organic medical cannabis festival in the world.

Current regulations have brought changes to The Emerald Cup: family farmer booths have been replaced by distributors, ever more CBD-infused consumables and a wide variety of concentrates; festival goers are now free to smoke without enduring long lines to check doctor’s recommendations, but free samples and goodies are a thing of the past. This year, fewer familiar Mendocino faces were behind the booths, but North Coast farmers dominated the awards, with three Mendocino County farms earning recognition for their regenerative farming practices — and Willie Nelson, who has selected several Mendocino grown strains for his cannabis brand, was given a lifetime award in recognition of his activism in the field.

Once an intimate event hosted at Area 101 north of Laytonville, the Emerald Cup struggled against industry stigma to find a bigger home in Mendocino, and now brings nearly 28,000 attendees to the fairground in Santa Rosa. This weekend a multitude of vendors, speakers, musical acts, and giddy attendees braved the rains to get their fill of all things cannabis. Speakers covered everything from seed breeding to establishing appellations, including a regulatory update from the state’s top regulators, a talk on cannabis spirituality featuring Mendocino’s Swami Select, and a wide range of accessory suppliers showcasing rosin presses, trimming machines, vending software, and other industry products.

As of this year, farmers were prohibited from vending directly to consumers, something which many mom-and-pop Emerald Triangle farmers have previously relied on to connect with their customers. Instead, legal cannabis was required to be sold through a distributor or retailer, meaning the select Mendocino farmers who have secured a permit still needed a partner business to vend their goods. So rather of having a banner and a booth, many of the farmers whose crops were available were only be found as a line on a dispensary menu or a logo at a distributor booth. Event organizer tracked how much cannabis entered the fairgrounds to ensure no remaining product went the wrong way up the supply chain once the festival was over, following stringent regulations.

Mendocino farms Happy Day Farms, Radicle Herbs, and Sun Roots Farm were awarded the Regenerative Cannabis Award, highlighting their commitment to regenerative farming practices and environmental stewardship. The award was first introduced two years ago at the Emerald Cup, which has long championed organic, sun grown cannabis, when it was awarded to another Mendocino County farm, Moongazer Farms. A number of other North Coast companies also won awards throughout the categories (see list below). This year, there were an expanded number of concentrates categories, as well as a “personal grower” category that was another hallmark of changing times.

The experience for attendees has also changed: the once long lines to have a permit checked and enter the medical cannabis area were absent, and visitors were able to wander unimpeded from the varied musical performances, to branded lounges, and to the beer gardens interspersed throughout the festival, separate consumption spaces being required by California’s regulations — just one of the state’s wacky event regulations currently in place.

One speaker panel featured top regulators from three of California’s primary cannabis permitting agencies, reflecting on the past year and discussing changes to come in 2019, including the development of an appellations process for cannabis, a new phase of testing requirements, and the national legalization of industrial hemp provided by approval of last week’s Farm Bill, signed today by President Trump. Lori Ajax, chief of the state’s Bureau of Cannabis Control, reflected on the past year and the upcoming release of the state’s final version of regulations, and thanked the crowd for their ongoing input on the development of the state’s cannabis regulations. Acknowledging that the transition to California’s recreational cannabis market hasn’t also been smooth, Ajax noted that the state regulators often weren’t aware of problems created by their proposed policy until getting backlash from those already in the industry, and encouraged the public to continue to share their opinions with regulators.

Here’s photos few of the Mendocino companies we found at the Cup, followed by a partial list of the award winners: