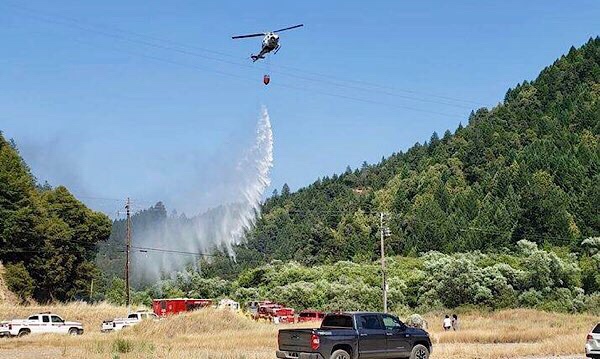 UPDATE: The fire has been contained and controlled, and PG&E is working on restoring power.

WILLITS, 7/4/18 — A car fire near Long Vale has spread into the near by vegetation, sparking a small wildfire. The car apparently struck a power line and power lines are down. Little Lake Fire and CalFire have responded, and scanner chatter indicates that the forward progress of the vegetation fire has been stopped, but that the car is still fully involved. No word on traffic, nor is the exact location of the fire clear, but it appears to be near the intersection of Hwy. 101 and Hwy. 162.

Here are a few photos contributed by reader Vannah Todd.

The CalFire copter dumping on a small wildfire on Hwy. 101 – contributed by reader Vannah Todd 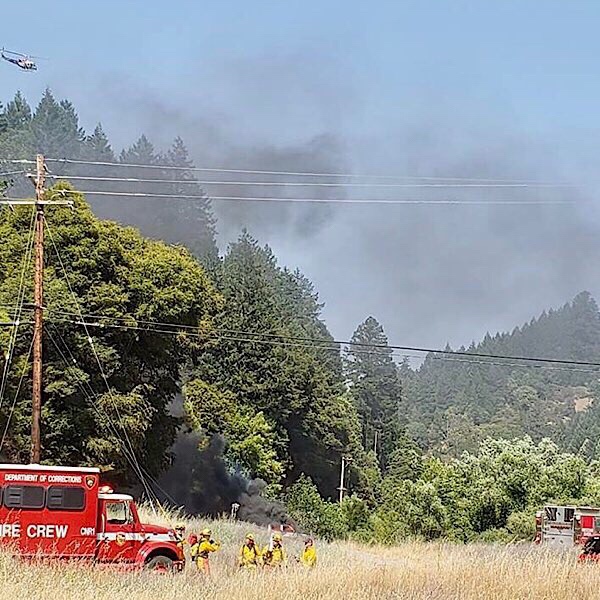 Firefighters at a small wildfire on Hwy. 101 – contributed by reader Vannah Todd