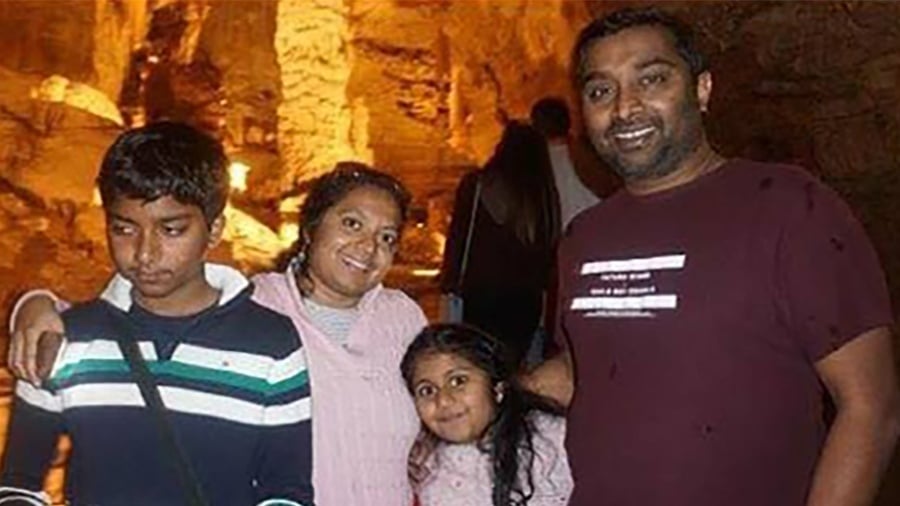 UPDATE 8:35p.m. — The body of Siddhant Thottapilly, 12, of Valencia, was found at around 4:00 p.m. today, six miles downstream of where his family’s car went into the Eel River. An autopsy is pending.

More information is available in the original article below, and in our previous report.

Here is the updated section of the press release:

On 04-16-2018 a further search operation was conducted in and around the Eel River in Leggett, California.

At approximately 4:00 PM water searchers located the body of a juvenile male submerged in the Eel River approximately 6 miles north of the reported crash site (down stream).

Once the body was recovered it was identified as being Siddhant Thottapilly, the remaining missing member of the Thottapilly family.

An autopsy is expected to be performed this week as part of the Coroner’s investigation into the incident.

The Mendocino County Sheriff’s Office would like to thank the following public safety agencies who assisted in the 04-16-2018 search:

MENDOCINO Co., 4/16/18 — After more than a week of searching the Eel River, teams discovered the car belonging to the Thottapilly family yesterday morning. The car contained the bodies of Sandeep Thottapilly, 41, and his 9 year old daughter, Saachi — the body of Soumya Thottapilly, 38, which was found on the bank on April 13, has also been positively identified. The body of their son, Siddhant, remains missing. Another search operation is planned for today. 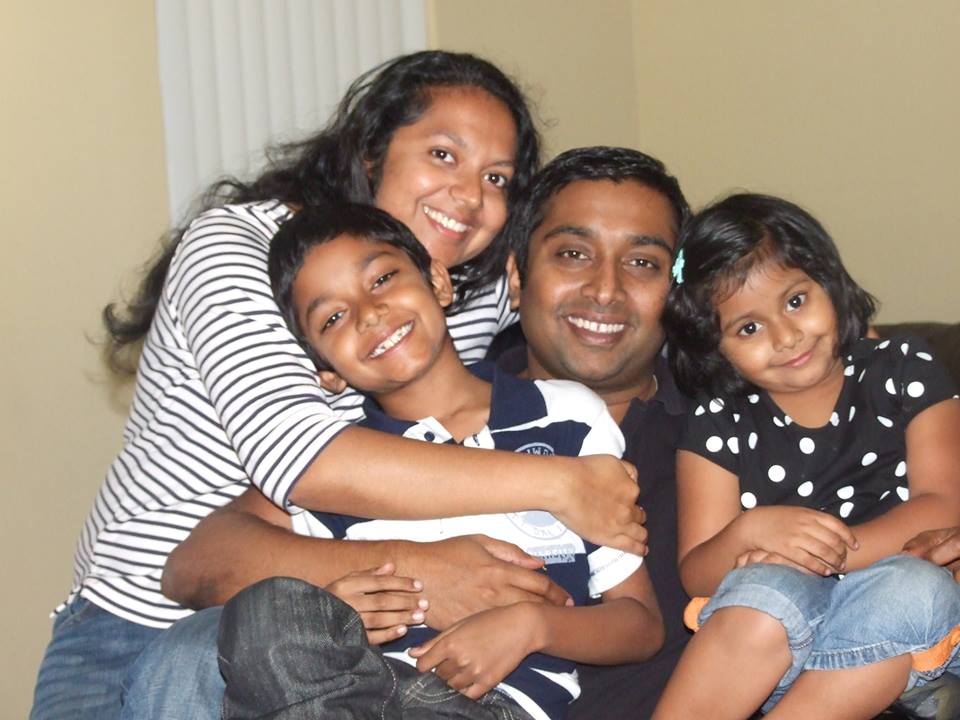 and two boat teams, as well as numerous people in kayaks to once again attempt to find the car. At about 11:30 a.m. a strong smell of gasoline was detected about a half mile downstream of the crash site, leading searchers to the location of the car. They managed dive and found the car under about six feet of water, and could feel bodies inside. The car had been filled with sediment from the river, and it took some time and a tow truck to remove from the river. Upon extraction the two bodies were discovered.

The Thottapillys, of Valencia CA, were on a road trip heading from Oregon to San Jose when they went missing. Witnesses reported seeing a car matching the description of theirs fall into the Eel River on April 6, during the recent storm, while the river was swollen and moving swiftly.

The tragedy of Thottapilly family seems to have compounded with two search and rescue personnel suffering major injuries in a crash south of Leggett:

Here is our previous coverage:

On 04-15-2018 approximately 70 searchers were continuing Search & Rescue efforts on the Eel River in Leggett, California.

Search divers entered the water and were able to feel what they believed to be a person inside of the vehicle.  Visibility was extremely poor and divers noted the vehicle was encased in a large amount of sediment from the river current.

Recovery efforts continued for several hours and at approximately 6:30 PM the vehicle was partially removed from the Eel River by use of a tow truck.  This provided searchers the ability to conduct a visual inspection of the inside of the vehicle.

Searchers subsequently recovered the bodies of Sandeep Thottapilly  and Saachi Thottapilly from inside the vehicle.

On 04-15-20018 the Mendocino County Sheriff’s Office Coroner’s Division was also able to identify the adult female recovered from the Eel River on 04-13-2018 as being Soumya Thottapilly.

Autopsies are expected to be performed this week as part of the Coroner’s investigation into the incident.

Another search operation will be conducted on 04-16-2018 in and around the Eel River in an attempt to locate Siddhant Thottapilly who still remains missing.

The Mendocino County Sheriff’s Office would like to thank the following public safety agencies who assisted in the 04-15-2018 search:

On 04-13-2018 at approximately 10:45 AM searchers located the deceased body of an adult female approximately 7 miles north of the reported crash site (Eel River flows in a northern direction).

The body was found on exposed terrain which appeared to have covered by the Eel River within the last few days as a result of a recent weather storm which brought heavy rain to the area.

Identification of the body is pending at this time and an autopsy is anticipated to be conducted on 04-17-2018.

Searchers are continuing to search for the missing family members and their vehicle which is believed to still be submerged somewhere in the Eel River.

The Mendocino County Sheriff’s Office and the California Highway Patrol, Garberville Area Office, are continuing their efforts along the South Fork of the Eel River, just north of the town of Leggett CA, to locate and recover a vehicle that was reported to have been submerged in the river on around 1:10 PM on Friday 4/06/2018.  During their investigation the Highway Patrol discovered a possible car part, that was thought to have been broken from the vehicle, at the scene.  Through their investigation they were able to determine that particular part belonged to a Honda Pilot, maroon in color.  On Monday 4/9/18 the Highway Patrol became aware of an overdue family of 4, the Thottapilly family from Santa Clarita CA, who was believed to be traveling through the Redwood Coast Highway, on vacation.  Their investigation later showed the overdue family was supposed to have arrived to visit a friend in the San Jose area on 4/6/2018 but did not make it as scheduled.  The family was last heard from in the town of Klamath, Del Norte County, on 4/5/2018.  The Highway Patrol developed information this family were traveling in a family vehicle, a 2016 maroon Honda Pilot.  The family was officially reported as missing to the San Jose Police Department on 4/8/2018.

The California Highway Patrol contacted the Mendocino County Sheriff’s Office in the early afternoon of Friday 4/6/18 regarding the availability of the Mendocino County Sheriff’s Search and Rescue Dive Team to evaluate the possibility of vehicle recovery.  After a complete assessment it was determine that diving or swift water rescue operations could not be conducted in a safe manner due to the height and flow of the river during the storm.  The Sheriff’s Office and the Highway Patrol agreed to do continuous evaluations as the river levels receded.

On 4/10 and again on 4/11/2018 it was determined the water levels would allow the insertion of Swift Water Rescue Teams to conduct a bank search as well as some limited “probing”, a technique using a long pole being probed underwater to see if the vehicle or anything metallic could be located.  The teams accessed the river in inflatable boats and on River Boards, a small floatation device designed to allow full access under overhanging trees or tight areas not accessible by boat.  The Humboldt County Sheriff’s Office also assisted with the use of their jet boat with side scan sonar system.

Between the two search days the teams were able to cover approximately 12 miles of river bank.  The teams were unsuccessful in locating the vehicle or any occupants from the vehicle.  They were able to locate numerous items that appeared to have come from a vehicle body and interior.  Some of these items were consistent with a Honda vehicle.  Also located were various personal items that were consistent with a family traveling on vacation.  Several items have been positively identified, by family members, as belonging to the Thottapilly family.  These items were of a personal nature and will not be described further at this time, but it does confirm the fact the vehicle that was seen going into the river was that of the Thottapilly family.

The Mendocino County Sheriff’s Office has been in contact with numerous other county dive teams and technical rescue responders that can be called upon, when the vehicle is located, to assist with recovery of the vehicle.  Once recovered the Highway Patrol will conduct a complete mechanical inspection of the vehicle as part of the accident investigation.

A joint Press Conference of the California Highway Patrol and the Mendocino County Sheriff’s Office will be held at the Leggett Cal FIRE Station, 69310 North Highway 101 Leggett, at noon on 4/13/2018 to answer any press related questions related to this investigation.

The Mendocino County Sheriff’s Office and the California Highway Patrol would like to thank the following agencies/entities for their assistance thus far in this incident: