Editor’s note: This article has been updated to include newly scheduled events and links to video of past events.

MENDOCINO Co., 3/26/18 — California’s primary elections will happen on June 5, and here in Mendocino County we are having a very crowded and competitive election season. Eight candidates are running for supervisor in the Third District and five in the Fifth District, as well as a couple of countywide offices, city council elections, and the State Senate, Assembly and House election. We’ve put together a list of some upcoming candidate events to help you make up your mind, some of which we’ll be live-streaming. In addition, we’re interviewing as many of the candidates as possible live on Facebook, so you can ask questions while the interview happens.

All local races are non-partisan, meaning that candidates do not have to declare party affiliation, and in California we have an open primary, so the two people with the most votes in the primary will move on to the general, even if they are of the same party.

Here’s the list of upcoming events. Please let us know if we missed anything by emailing [email protected] or adding your event to the comments below. The links to our candidate interviews are listed with their names, or you can read all of our 2018 election coverage here, including the complete list of candidates.

Our interviews with the candidates are linked to their names: Arthur Juhl of Gualala – Real estate broker; David Roderick lists a PO Box in Hopland for location – Farmer and business owner; Alan Rodier of the Ukiah area – Farmer and attorney; Chris Skyhawk of Albion – Youth and family counselor; Ted Williams of Mendocino – Fire chief of Albion Fire District and programmer. 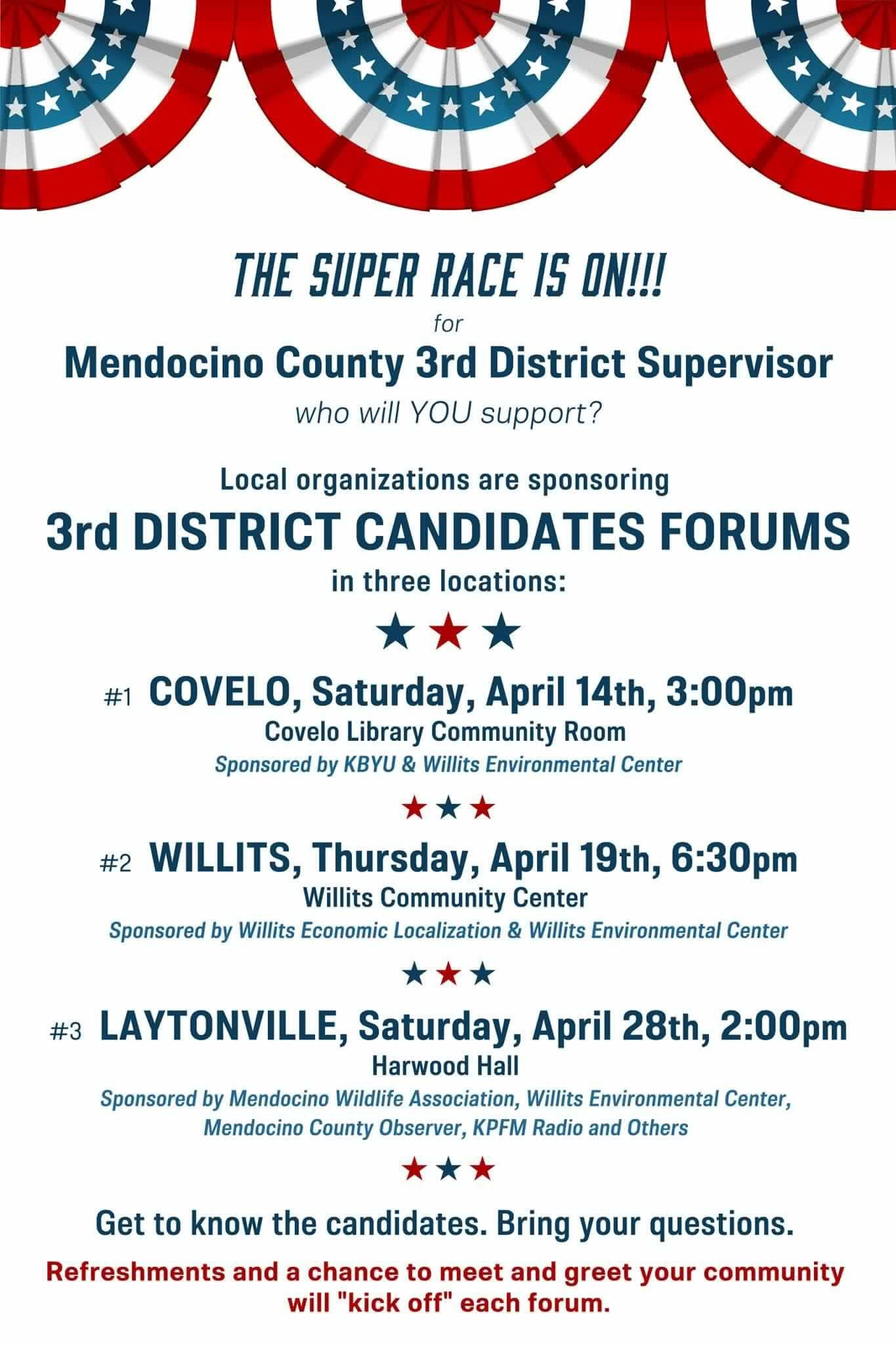