WILLITS, 2/7/18 — CalFire will be conducting a controlled burn near Dos Rios tomorrow, Thursday Feb. 8. Don’t be alarmed if you see smoke and aircraft in the area. CalFire also noted, in a press release, that if conditions change, such that the burn would be dangerous, they will not conduct it.

Here’s some more details in their press release: 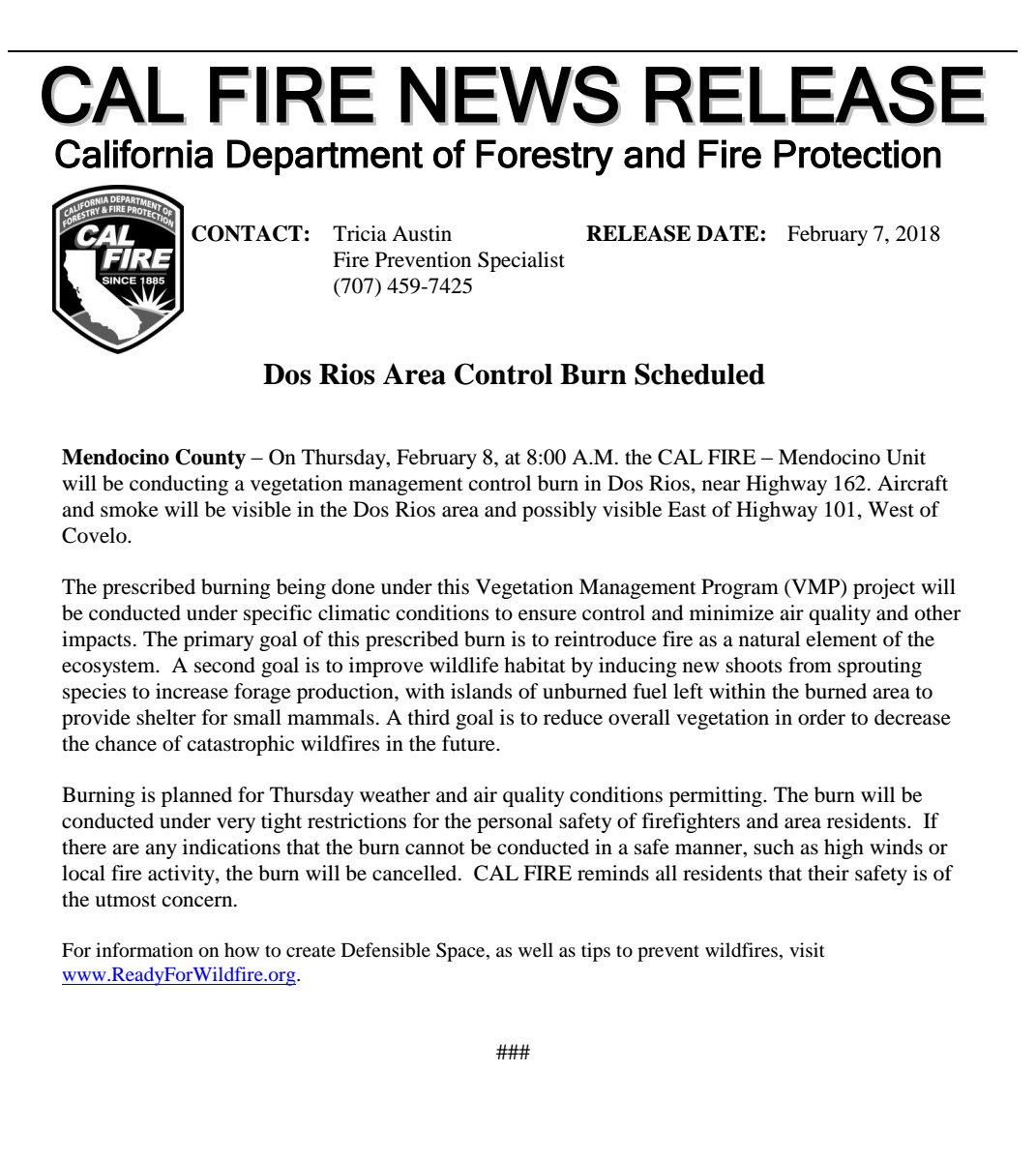 CalFire issued this press release as a jpg via Twitter.