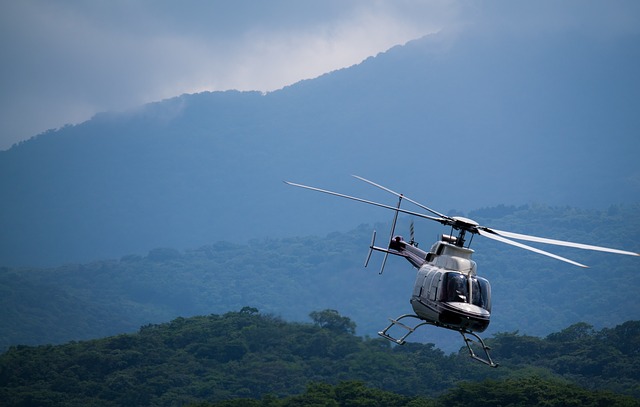 MENDOCINO CO., 12/27/17 — PG&E will be flying helicopters around Mendocino County today, as well as a part of the Sonoma coast, as part of an aerial survey to locate dead trees that may be a wildfire or public safety hazard. The helicopters will leave the Ukiah airport and survey different parts of the county throughout the day on Wednesday as part of the survey that began after several years of drought. The helicopters may be flying as low as 200 – 300 feet in places where power lines are located, but will fly higher in areas with livestock.

The helicopter will begin the day surveying in Annapolis, Sea Ranch, and the communities of Stewarts Point, and then continue flying Highway 128 to Boonville, Philo, and Yorkville.

Every year, PG&E inspects and monitors every overhead electric transmission and distribution line, with some locations patrolled multiple times. Since the tree mortality crisis began, the energy company has increased foot and aerial patrols in high fire-risk areas to twice a year and up to four times a year in some locations. Last year, PG&E conducted secondary patrols on 61 percent of power lines, and in 2017, expects to patrol 65 percent of lines a second time.

Flights will occur first in the towns of Annapolis and Sea Ranch and the communities of Stewarts Point and then along Highway 128 in the towns of Boonville and Philo and the community of Yorkville. Depending on clear weather conditions, the helicopter will leave the Ukiah Municipal Airport around 8:00 a.m. and conduct patrols through 4:00 p.m.

PG&E is using a contract helicopter service to fly foresters over the area to inspect trees. Patrolling by air allows the company to cover many miles quickly and efficiently, and reduces impacts on the ground. Residents are advised that the helicopter will fly low – about 200 to 300 feet – along distribution power lines, and higher in areas where livestock are present.