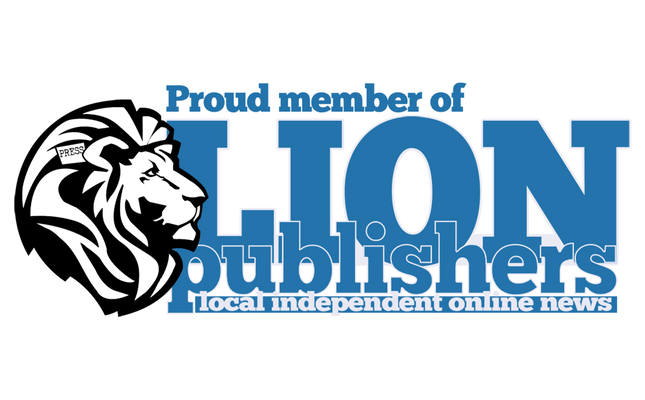 Though events in Washington D.C. can seems far removed from daily life here in Mendocino County, the debate over net-neutrality is something that hits close to home for The Mendocino Voice. It’s a complicated issue for sure, and even as an editor of an online newspaper I ignored it for a long time.

But with a vote that the Federal Communications Commission scheduled for Dec. 14 it’s finally time to dive in. We’re a small scrappy publication, where the founders work side-jobs to try to make it work, and an end to net-neutrality could make the cost of publishing on the internet too high to pay. Alternatively, it may slow us down to the point where no one would be interested in waiting for our load-time (and yes we know it’s already kind of slow, we’re trying to fix that).

And this won’t just affect us, but potentially all of the non-chain local publications, like our sister paper Redheaded Blackbelt.

So here’s a little statement on the subject written by the executive director of the professional association we belong to, the Local Independent Online Newspaper Publishers (LION Publishers), Matt DeRienzo.

Repealing Net Neutrality would allow giant chain media to work in concert with internet conglomerates to limit access to independent, alternative, and local news sites, according to LION Publishers.

The FCC is expected to vote on repealing Net Neutrality on Dec. 14.

“Giving a clear go-ahead for a tilted playing field would be the result if the Federal Communications Commission tosses out Net Neutrality,” said Dylan Smith, LION’s chairman and the publisher of TucsonSentinel.com.

“Access to information and local journalism that holds government and other powerful institutions accountable is essential to a functioning democracy, economic well-being, and human rights,” said LION Executive Director Matt DeRienzo. “These pillars are already under severe strain from the dominance of a handful of large tech platforms, and the rapid consolidation of the newspaper and broadcasting industry under the control of a few enormous corporate chains.”

Local independent online news sites are springing up all over the country to fill gaps in local journalism, but they rely on an Internet based on a level playing field for all publishers and readers, regardless of size or resources.

If Net Neutrality goes away, big Internet and wireless providers will be able to charge individual publishers for levels of speed and access, a scenario in which a handful of big companies with deep pockets could squeeze out the kind of small, independent news publishers who are part of LION. This would severely limit citizens’ access to information and could be devastating to local news, which big publishers have whittled to the barest of bones.

Essentially, content from MegaChainNews or CorporateInterestNetwork would be served up as fast as possible, if those corporations paid up. Smaller publishers — including especially local indie outlets — would be shoved aside into a “slow lane.” With studies showing that many readers will abandon slow-loading pages, that means news that isn’t backed by the deepest of pockets would be far less likely to reach the eyes and ears of those who would be purposefully led toward more lowest-common-denominator clickbait.

“The FCC’s proposal would destroy the Internet as we know it by allowing IPSs to limit or block content,” said Charlotte-Anne Lucas, director of NOWCastSA in San Antonio and a founding member of LION’s Board of Directors. “Our news organization streams government meetings and public events, giving people greater access to government. Scuttling the principles of Net Neutrality would undermine our very democracy by allowing cable, phone and other Internet connector companies to throttle our content and limit the public’s access to government.”

“As a former ISP owner and telecom executive, I concur with the need to have the FCC prevent higher, faster, better service being provided solely to online media that pays huge extra tolls to telecom companies,” said Joe Hyde, the publisher of San Angelo LIVE! in Texas and a member of LION Publishers. “The companies that run the Internet backbone and provide direct customer connections have the ability on the tech end to throttle our small sites — which they can do in an overall or individually targeted way — making real local news less accessible than traffic for a chain media property that pays them. And that would stifle both future innovation and our ability to build sustainable, lasting local news organizations.”

“If you don’t like dealing with your cable company or picking a service package for your cell phone today, imagine what it would be like if all of your Internet activities were affected by what giant media companies were willing to pay extra for, behind the scenes,” Hyde said. “Without Net Neutrality, that’ll be what we all get.”

Added Teresa Wippel, publisher of the My Neighborhood News Network just north of Seattle and a member of LION’s Board of Directors: “This proposal threatens the very nature of open online access to vital news that in many communities is citizens’ only source of information. Any proposal that slows down or blocks to access to news content that people need to become fully informed citizens is unacceptable.”

Internet commerce has grown by leaps and bounds in large part because it has been an equal playing field. ISPs certainly should be able to base their rates on the quantity of data being transmitted, but they should not be in the business of setting rates based on the types of content that they convey to readers, viewers and users. They certainly should not be able to provide favored status to those content creators and data services who pay them more. The proposal to eliminate Net Neutrality rules would create an opaque layer of market manipulation that will serve to enrich the few at the expense of many, and undermine the free flow of news and information that is essential to our democratic society.