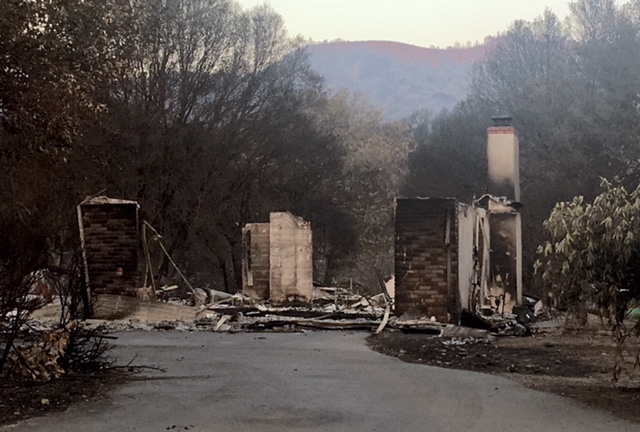 MENDOCINO CO., 10/28/17 — Today has been declared a Day of Remembrance of the Northern California Fires by Governor Jerry Brown. Flags will be flown at half-mast to honor those who lost their lives during the recent fires. In Mendocino County, eight people died during the Redwood Fire and over 300 residences were destroyed. Altogether at least 42 people died in the fires, and some are still reported missing in Napa and Sonoma counties — making these wildfires the deadliest in California history. Here’s the full statement from the Governor’s Office:

“Governor Edmund G. Brown Jr. today issued a proclamation declaring October 28, 2017 as a “Day of Remembrance of the Northern California Fires” in the State of California.

“On this Day of Remembrance, I have ordered that flags be flown at half-staff over the State Capitol,” said Governor Brown. “As we mourn for those we have lost, let us dedicate ourselves first to the aid of the survivors and then to the causes of safety and preparedness in our increasingly fire-prone state.”

Information on California’s emergency response to the fires and the resources available to residents of the impacted counties can be found at the Governor’s Office of Emergency Services website. 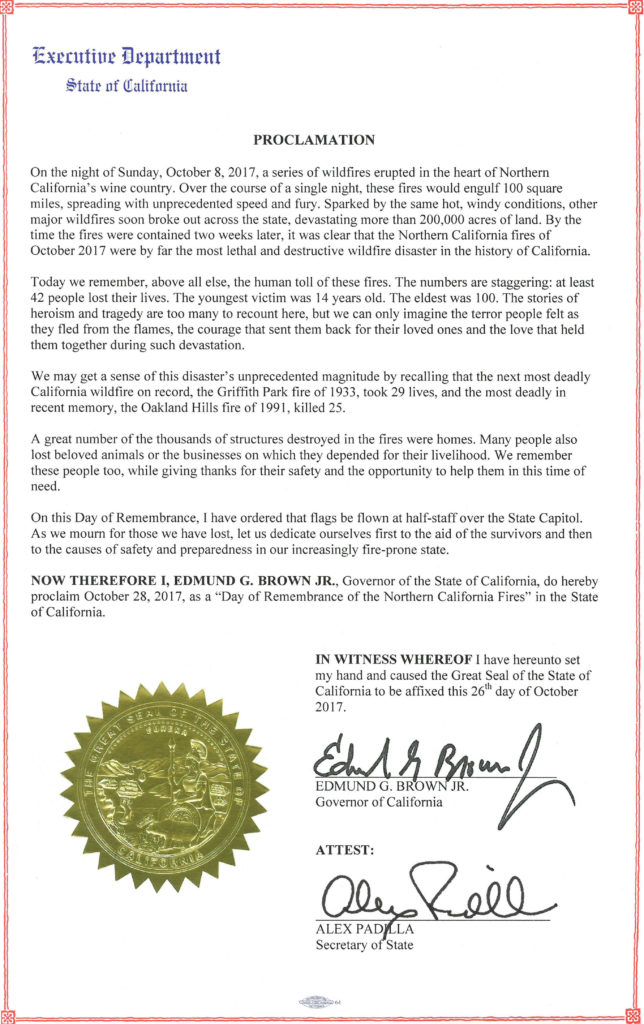 Gov. Brown’s statement on the Day of Remembrance for the fires.