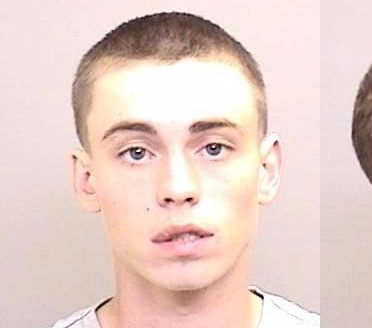 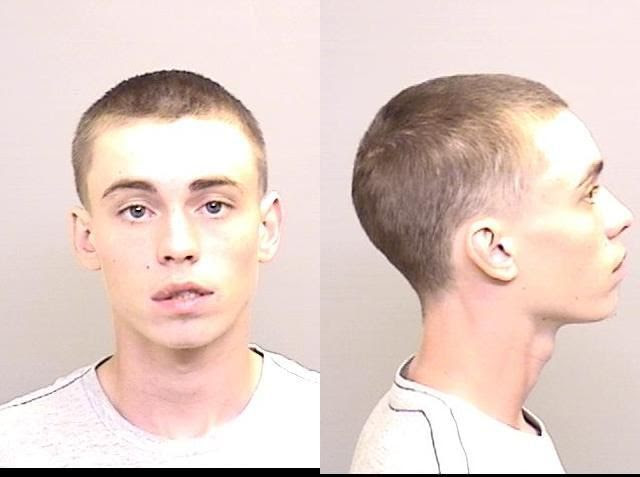 Weston Riley, 22, of Covelo. Courtesy of the MCSO.

MENDOCINO CO, 7/12/17 — The Mendocino County Sheriff’s Office is actively searching for Weston Riley, 22, of Covelo after he allegedly shot at two men, first with a handgun then with a rifle. No one was hit, or injured.

Riley is being sought on charges of felony assault with a deadly weapon.  According to the MCSO, he is a white male adult, 5’5″ tall, and weighs approximately 110 pounds.  He was last seen with no shirt, a red hat, and wearing blue cut-off jean shorts.

According to the MCSO press release, at around 2am yesterday morning Riley arrived at his mother’s property to retrieve a car he believed belong to him. However, his mother had left the property in the charge of a caretaker, who refused to give Riley the keys. He returned to the property around 3pm in that afternoon, and again began arguing with the caretaker. She told the MCSO that he began “banging a fist on the door to the residence,” leading her to become afraid for her safety and to call two male friends for assistance.

When the two men, aged 53 and 65 years, arrived at the property, they attempted to convince Riley that he should leave the property.

The press release states that Riley then allegedly fired two shots at the men from a small handgun, then ran to a shed and emerged carrying a rifle. According to their reports, the men ran to their vehicle to flee as Riley fired another two rounds from the rifle, which malfunctioned. The men and the caretaker fled the property and the MCSO was contacted around 3:45pm, and told that Riley was still at the property.

A search for Riley then ensued, with officers from the Mendocino County SWAT Team called in as it was believed he may have barricaded himself in one of the structures on the property. However, the SWAT team and MCSO deputies were unable to locate him anywhere on the property and it is believed he left before deputies arrived.

Here is our coverage from last night.

Synopsis: On 7/11/2017 around 3:43 PM the Mendocino County Sheriff’s Office received a call from the 23700 Block of Hopper Lane in Covelo related to an assault with a deadly weapon.  Deputies responded to that location and contacted the reporting party, an adult female who said she was a care taker of the property.  The care taker related that the property was owned by Monelle Riley, who was out of state caring for a sick relative.  The reporting party said around 2:00 AM that morning Weston Riley, Monelle’s 22 year old son, arrived at the property demanding the caretaker turn over a vehicle he felt belonged to him.  The caretaker refused to give him the keys to the vehicle and after a brief argument Weston left the property.

Between 3:00 and 3:30 PM Weston returned to the property and again demanded the caretaker turn over the keys to the vehicle.  She again refused and Weston began cursing at her while banging a fist on the door to the residence.  The caretaker became concerned for her safety and telephoned two adult male friends, ages 65 and 53 years of age.  These two men came to the caretaker’s assistance and attempted to convince Weston he needed to leave the property.

The two men later told Deputies that Weston became angry with them and produced a small handgun and fired two shots at them.  He then ran into a nearby shed on the property and came out carrying a long rifle.  The two men informed deputies that as they were running to their vehicle to leave, Weston fired two rounds from the rifle at them before the gun malfunctioned.  They were able to leave the property, as was the caretaker, with no one being injured.  They told Deputies they thought Weston was still at the property.

The Mendocino County SWAT Team responded to the location as Weston was believed to still be on the property, perhaps barricaded in one of the structures there.  Numerous attempts to made to contact Weston at the property with negative results.  After a search warrant was obtained the residence and outbuildings were searched but Weston was not located.  It is believed he must have left the property just before the first responding Deputies arrived.

Weston is currently wanted for felony assault with a deadly weapon (firearm).  He is described as a white male adult, 5’05” tall, weighing approximately 110 pounds.  He was last seen with no shirt, a red hat, and wearing “cut off” blue jean shorts.  His whereabouts are currently unknown.  The Mendocino County Sheriff’s Office is requesting anyone who might know where Weston is to contact the Sheriff’s Office Dispatch Center at (707)463-4086 or by calling the Sheriff’s Tip Line at (707)234-2100.